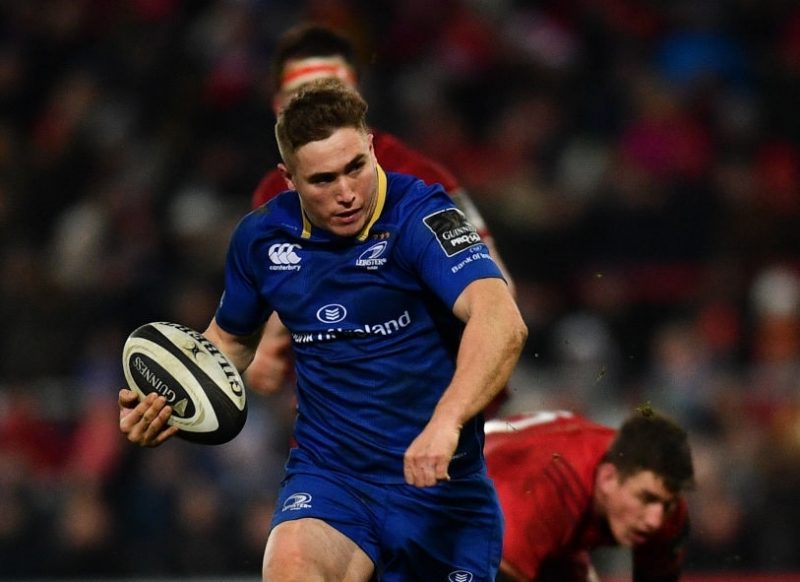 WHEN you look at the Ireland squad – groaning with natural born winners from in-form Munster and Leinster with important add-ons from Connacht and Ulster – it is tempting to parrot Eddie Jones and make Joe Schmidt’s team favourites for the 2018 Six Nations although the bookies disagree and without exception put England on that pedestal.

And the bookies are rarely wrong. In the cold light of day they will have looked at Ireland’s campaign last year which included two defeats and frankly was rescued from mediocrity only by an outstanding win at the death against England which denied Jones and his men a second Grand Slam on the bounce.

More water has flowed under the bridge since and Ireland have fully justified their world number three ranking after another strong autumn. They fear absolutely nobody but the feeling persists that perhaps they are not reaching out to the full limit of their potential.

When Ireland slip the leash – as they did against New Zealand in Chicago in October 2016 – the results are spectacular and there is no question this side can aspire to a level and tempo beyond the comprehension of most Test teams.

But occasionally they seem to dab the brakes in their drive for glory. There are reasons for this. Perhaps deep down they still doubt themselves a little while coach Joe Schmidt tends towards the clincial ‘get the job done’ approach and in fairness that brought the Kiwi and Ireland two Championship titles in his first two seasons so you won’t find too many Ireland fans complaining.

Important members of the team are hewn from the same rock. Peter O’Mahony, CJ Stander, Conor Murray, Jonny Sexton. Brilliant combative rugby players who know that both personally and collectively you will always be judged on results. Winning is everything in professional sport, only us on the side-lines get agitated by the quality of victory.

But an interesting dynamic is coming into play now. Unless I am mistaken Ireland are currently blessed with a once-in-a- lifetime set of backs, or at least potentially. Absolutely exceptional young talents such as Jordan Larmour, Joe Carberry and Jacob Stockdale are poised to take the tournament by storm if allowed, Bundee Aki is an exciting talent who has been waiting his chance, the formidable Robbie Henshaw is approaching his prime and Keith Earls is on fire and scoring tries for fun. Sexton and Murray must be licking their lips at the prospect of launching all that talent.

Do Ireland take the brakes off and free all that talent with a mind to establishing a game plan to frighten the rugby world witless at RWC2019 or do they stick to the approach which always makes them ultra competitive and has been shown to win Six Nations titles but alas has never taken them beyond the quarter-finals of a World Cup?

The former might involve the odd hairy moment, even a frustrating lesson-learning defeat while the latter would almost certainly see them travel to Twickenham on March 17 with a shot at the title. 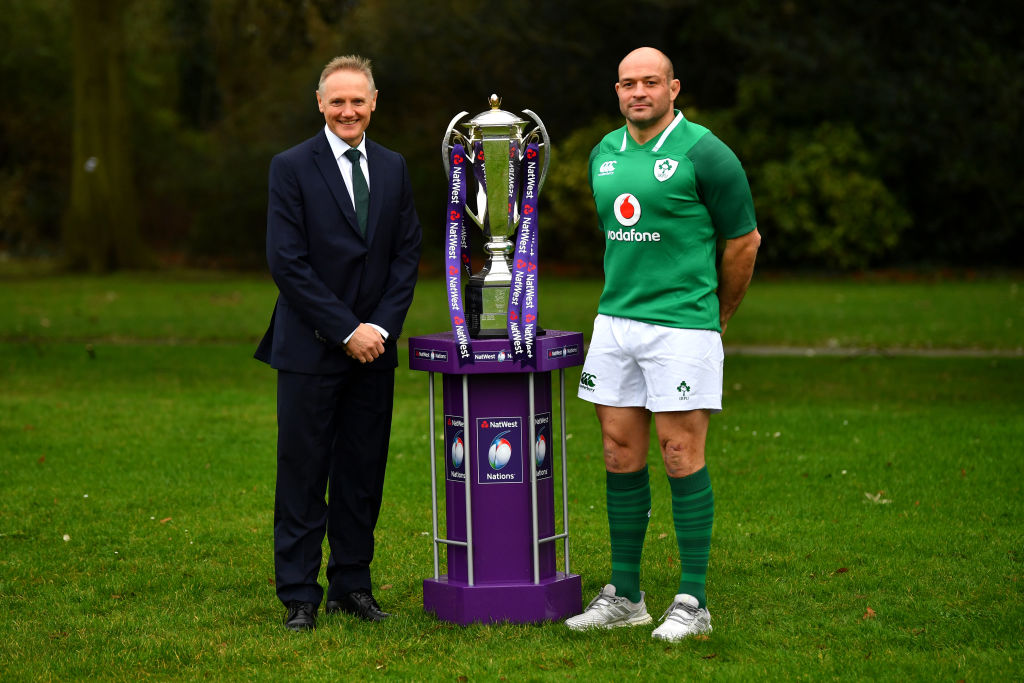 I sense Schmidt is ready to play a few shots. At one stage during the annual Six Nations launch this week he started to talk about some of his absentees – Sean O’Brien, Rhys Ruddock, Jamie Heaslip, Jared Payne, Garry Ringrose – but then started smiling at the incredible potential of some of those who will be making their tournament venues, a excitement he detects in all his opposition coaches.

“By the end of the tournament there will be two or three guys who you will be writing about who will be right up there and maybe they are not the ones we think right now,” he said. “A couple of players are going to emerge and make us say wow… we would love it if one was Jordan Larmour.

“We always target a top two, we would love to get into a situation where we have a chance at the back end of the tournament but we know the only way you can do that is be really good at the front end.”

Ireland got off to an appalling start last season when they were well beaten by Scotand at Murrayfield and Schmidt’s entire focus at present is trying to prevent a repeat of that.  France away is not the easiest game, not least because a French team in apparent turmoil is often a dangerous beast no matter what the form guideline says.

“France are always complicated. I still remember watching them lose to Tonga and two (he means three) weeks later they should probably have beaten New Zealand in the World Cup final against the All Blacks. That’s what they can bring. At the start of last year’s Six Nations they looked for a long time like they were going to beat England, that was a very late shift for England to get the result.

“If you are not on your game most teams in this competition will shred you pretty quickly. We know we have got to be nailed on. We needed to freshen up a little bit this year and that’s why we have gone down to Spain this year to prepare. The players had a very tough seven weeks in the context of two European games in December, followed by three local derbies in thePRO14 and then two more European games.

“As much as the Irish boys get up to beat the other PRO14 teams they get up the most to beat each other. The 2-3-2 run was a little bit attritional and some players have played some reasonably big numbers through that period. So first we needed to freshen up and hopefully that will be the springboard into a good pre-match week.

“We will turn the page at the start of the week, onto a full French focus and try to find ways to unpick their defensive system and, at the same time, shore up our defensive system the best we can to combat the threats they will have. It’s hard to predict the structure of what those threats might look like but we certainly now they have the individuals to do it.”

No argument there. France, in extremis, might well produce something unexpected and rather good. But imagine being Jacques Brunel this week and trying to second guess what Ireland might bring to the party. Ouch.