Posted on 9th August 2016 by Nick Verdier in Latest News 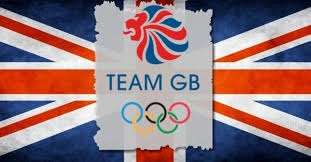 Team GB women finished fourth at the Olympics after losing both their semi-final and bronze-medal match on Monday.

Simon Middleton’s side were beaten 25-7 by New Zealand in the last four before suffering a 33-10 defeat to Canada.

Danielle Waterman and Jasmine Joyce scored Team GB’s tries against Canada but their physical opponents proved too strong scoring five tries on the way to their victory with Ghislaine Landry the pick of their players.

Team GB had beaten Canada 22-0 a day earlier in their final pool game but they could not repeat that performance on Monday.

Canada started well and scored the first converted try of the game early on, but Waterman latched onto Alice Richardson’s kick over the Canadian defence to respond for Team GB.

Landry ran through GB’s midfield to stretch Canada’s advantage to 14-5 and there was worse to come with Emily Scarratt sent to the sin bin with a minute of the half remaining.

Canada took advantage with Bianca Farella going over in the corner after exploiting an overlap and then on the stroke of half time they scored under the posts to hold a 26-5 lead.

Joyce flew over in the corner but Landry added further gloss to the victory with another converted try for a 23-point advantage which they held until full-time.

Scarratt admitted her side were well beaten in both their games but says she hoped their performances in Rio would inspire a new generation of women sevens players.

“We weren’t good enough and only teams that are good enough deserve to win medals,” she said.

“We gave it everything but we came up short. It’s a pretty brutal, you have to be on it all the time. We beat Canada yesterday but it means nothing if you don’t beat them in the knockout stages. Fair play to them, they played the way they wanted to and got the result. We couldn’t have given much more but it was not up to scratch.”

Team GB also lost Katy Mclean as well as Amy Wilson Hardy to the sin bin shortly before the break and further tries from Woodman and Huriana Manuel sealed the victory at the Deodora Stadium.