Posted on 3rd May 2016 by Nick Verdier in Latest News 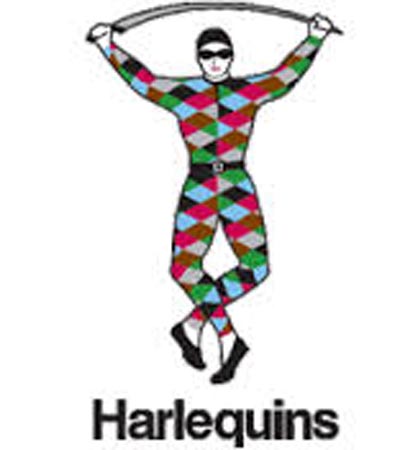 As revealed by Neil Fissler in Sunday’s TRP, Ruaridh Jackson will leave Wasps at the end of the season to join Harlequins.

The Scotland international fly-half, who joined from Glasgow back in 2014, is likely to be a direct replacement for Ben Botica who is believed to be off to Montpellier this summer.

Jackson, 28 has scored 72 points in his 18 appearances for Wasps and won his 28th cap for Scotland during this season’s RBS 6 Nations.

He said: “It was an extremely tough decision to leave Wasps having loved my two years here. It’s a club on the up, playing great rugby, but I feel this move is the best decision for my career.

“I’d like to thank Dai especially for understanding my decision and letting me go, and wish the very best to everyone associated with the club.

“I’m extremely excited to be starting a new challenge with Harlequins, a club with a great history, tradition and one that plays in a style that is similar to my rugby philosophy.

“After speaking to John Kingston and Conor O’Shea I could see how great a club it is. I also spoke with Tim Visser and he only had positive things to say; I’m looking forward to working hard and testing myself in a new environment.

“Having someone like Nick Evans was another big draw; he’s a guy I have watched a lot of and will look forward to picking his brain and challenging him and the other tens for that shirt.”

Harlequins’ incoming Director of Rugby John Kingston commented: “I’m really excited that Ruaridh will be joining us next season – his style fits the way we play perfectly and he will provide excellent competition in a key position for us.

“Throughout his career he has shown that he can perform at the highest level and we are looking forward to adding his expertise next season.”

Wasps’ Director of Rugby Dai Young said: “Ruaridh is a very talented player and we were obviously keen to keep him. He was certainly part of our long-term plans, but we appreciate he was keen to secure the most game-time possible and he felt this would be elsewhere given the 10’s we will have here at Wasps next season.

“We will part on good terms and wish him the very best at Quins next season. Ruaridh is a great guy, who is extremely popular within the squad and is highly respected for his skill-set and his commitment to the team and to helping the squad succeed.”