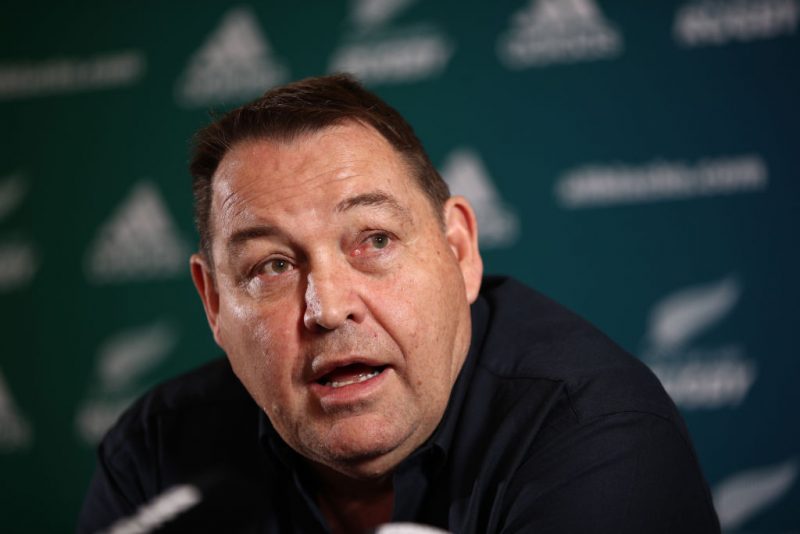 Steve Hansen will end a trophy-laden tenure as the head coach of the All Blacks at the conclusion of next year’s Rugby World Cup.

The decision by Hansen is set to start a recruitment frenzy for his successor with Wales coach Warren Gatland and Ireland coach Joe Schmidt already confirming they will be leaving their respective unions after the global showpiece in Japan.

Hansen, 59, assumed the role of head coach of New Zealand in 2011 having served as assistant to Graham Henry and led them to a World Cup title defence when England hosted the tournament three years ago.

The All Blacks have been unwithering in their domination of the Rugby Championship this decade, winning six of seven editions under the guidance of the Otago native.

Holding a press conference shortly after New Zealand Rugby’s announcement he would be leaving, Hansen outlined a clear mind for his players and spending more time with his family as the key factors for moving on.

“It means we won’t be distracted by you guys asking me every five minutes am I staying or going. So that will be great and we’ll be able to concentrate on what we have to do,” Hansen told reporters.

“I think after 16 years it’s been a wonderfully privileged time to be involved in rugby in New Zealand but from a New Zealand Rugby point of view, I think it’s fair to give them the time to find a replacement.

“We’ve always said it’s about the team first and not the individual and for me, I think it’s right for the team to have someone new after this World Cup.

“One of the things about this role – and I am not bagging it – is that you become everyone’s property and everyone has an opinion. Which I am fine with but it is hard on the other family members.”

The past 18 months has seen sections of the New Zealand media covet the omnipotence of the All Blacks with shades of doubt following a drawn series against the British & Irish Lions and defeats to South Africa and Ireland.

Hansen explained after the September loss to the Springboks in Wellington that there was rarely a moment of peace in the high stakes of international rugby.

“The All Blacks live in a constant place of pressure to win,” he said.

“You guys were writing the Boks off, and now you’re starting to write us off, which is good.”

In the return fixture at Loftus Versfeld, the All Blacks were staring defeat in the face again when trailing 23-6 only for Kieran Read and company to launch an audacious comeback that saw Ardie Savea score a last-gasp try to clinch a 32-30 triumph.