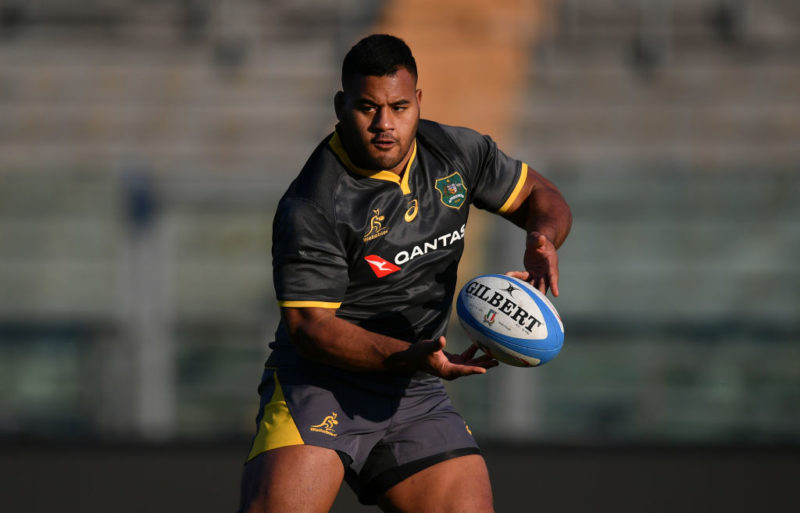 The rift forming between Rugby Australia and its Polynesian players has been stretched wider by Wallabies international prop Taniela Tupou, who has sensationally claimed all Pacific Islanders ‘might as well just be sacked’ for their religious beliefs.

As Israel Folau prepares to save his rugby union career and the multi-million dollar deal for breaching conditions of his contract, his Wallabies teammate Tupou, known as ‘Tongan Thor’, has said Pacific Island rugby players were being persecuted for their religious views.

The Reds tighthead, capped 11 times for Australia, wrote: “Seriously ?????????? Might as well sack me and all the other Pacific Islands rugby players around the world because we have the same Christian beliefs ?????? I will never apologise for my faith and what i believe in, religion had nothing to do with rugby anyways ???????? #TYJ”

Folau will appeal the breach notice served to him by RA declaring their intention to terminate his contract, and will attend a code of conduct hearing on 4 May.

This follows the second instance of Folau, the Wallabies and Waratahs all-time top tryscorer, posting discriminatory comments about the gay community on social media.

The rugby community has condemned Folau, Michael Hooper, Will Genia and Michael Cheika have all spoken out.

But Folau has also received support for being able to publicise his religious beliefs as a Christian from the likes of Billy Vunipola and several Rugby League players.

RA chief executive Raelene Castle said after her meeting with Folau on 12 April that he ‘expressed no remorse’ for his social media post which claimed “drunks, homosexuals, adulterers, liars, fornicators, thieves and atheists” would all await hell unless they repented.

The 30-year-old was warned about his conduct upon signing a new central contract with the RA, worth AUS$4m, with reports suggesting a get-out clause was included by the governing body in relation to their code of conduct.