Posted on 4th August 2017 by Nick Verdier in Young Gun 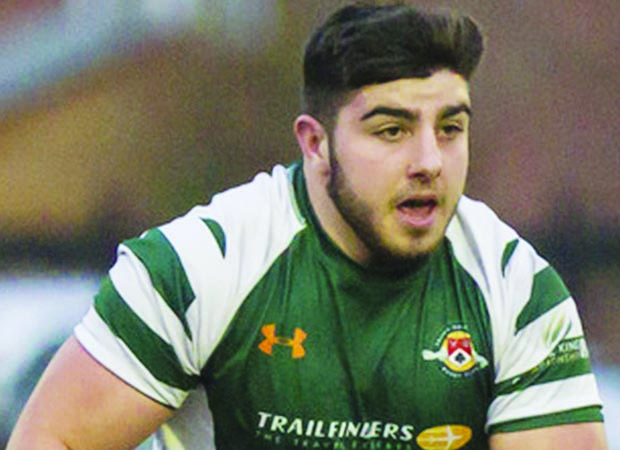 There are many roads to professional rugby but Matt Cornish has taken it to the extreme going from London 1 to the Championship in the space of only two seasons.

Having not been picked up by a Premiership academy, Cornish was happy playing for his local club, Cobham, but his fortunes changed when former Ealing Trailfinders director of rugby Mike Cudmore took over the Surrey side for the 2014/15 season.

Cudmore was so impressed with Cornish that he was quick to call his successor Ben Ward and the rest, as they say, is history.

“I always loved rugby and played for the different Counties teams at age-group level but I never took it seriously,” Cornish, below, told The Rugby Paper.

“But it all changed when I missed out on England Counties U18s. Since then I’ve everything I could to become a better player and meeting Mike accelerated my progression.

“He’s the one who put me in touch with Ben at Ealing. I got a trial period of two weeks and I haven’t looked back since.

“I was so happy to be given the chance to play professional rugby that I was actually playing for free in my first year and was on loan to London Irish Wild Geese in National Three.

“We won the league and through playing for the Wild Geese I was picked for England Counties and toured Canada last summer. That was an amazing experience and a nice way to end a great season after being overlooked at U18s level.

“I was supposed to go back with the Wild Geese last season and experience National Two but I was called back by Ealing and ended up staying with them all season.”

His call-up to the first team meant a three-league jump for the 22-year-old, but Cornish took it in his stride and became one of Ward’s most used players with 23 appearances in the front row.

Having penned his first professional contract with the Trailfinders he is now dreaming of one day making the ultimate step up to the Premiership.

The 5ft 10in, 16st 5lb hooker added: “I was never expecting to be playing with the first team so much last season.

“The pace of the game was a huge step up for me and it took me a while to get used to it but I got there in the end.

“I was so pleased to sign my first professional contract at the end of last season and I’m so excited for the next couple of seasons.

“I’m going to have a chat with the coaches to ask what they’re expecting from me in pre-season and look to build on what’s been a good season.

“I’ll do my best to help Ealing do well this season and see if I can push for that starting position.

“After that I’d love to have a crack at the Premiership. I was playing for Cobham two seasons ago so maybe I can have another amazing two years and get that opportunity.”