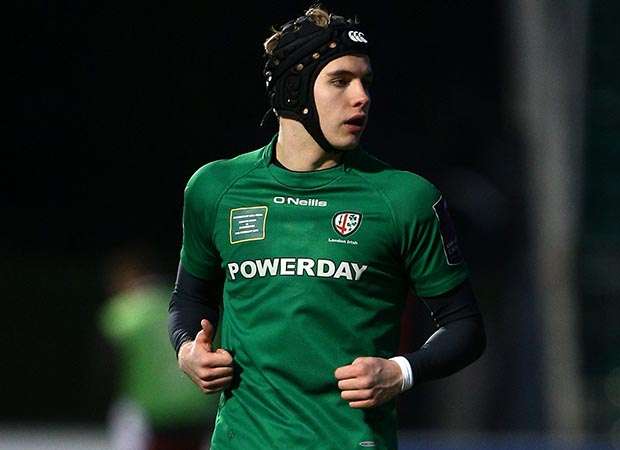 When one door shuts another opens and that is what happened to Will Attfield who, in the space of a few days, went from the London Irish to the England Sevens academy.
The Hampton School full-back wasn’t offered an academy contract by his club at the end of the season but the Exiles recognised his potential and they put his name forward to Simon Amor.
The England boss liked what he saw at the trials and he was quick to offer his fellow Hampton alumni a contract ahead of this season.
“We had a very good team at Irish winning the Academy league unbeaten but they didn’t have the resources to keep too many players and I just found myself down the pecking order,” Attfield told The Rugby Paper.
“It was a shame but they said they put me forward with England Sevens. From that I played at the Bury St Edmunds tournament with other guys looking to get a contract and that’s when Simon offered me the contract.
“I was over the moon because I actually prefer playing Sevens because of the space you have on the field. The academy lads and the players who didn’t make the GB squad have all started pre-season last week. Training is going well even if I haven’t been able to walk since last Friday.
“It was a bit a shock to see how hard you have to work to play Sevens at the highest level. It sounds glamorous when you see the places you could be playing at like Dubai or Australia but training to get there is brutal.”
If travelling the world to play rugby already had a big appeal, the Olympics have taken Sevens to a whole new level and Attfield now dreams of becoming an Olympian after watching Team GB claim a silver medal last week.
He added: “Going to the Olympics is the ultimate dream now. To see Team GB do well in Rio makes it very appealing and hopefully the sport will keep growing over the next few years.
“Having Simon as coach and training with Dan Bibby or Tom Mitchell will be a bit surreal. I played against them at the trials and it was weird because I usually watch them on TV. They’re great role models.
“Breaking into the World Series is the long-term goal but I’m hoping to be involved in the invitational tournaments in Dubai, Kenya and Singapore with the academy teams.
“I only have a one-year contract so I’ve got to do my best to try to get another deal. One of the first pieces of advice I received when we started training was to keep working hard. Having a good attitude is key to success in Sevens so that’s what I’m going to do.”