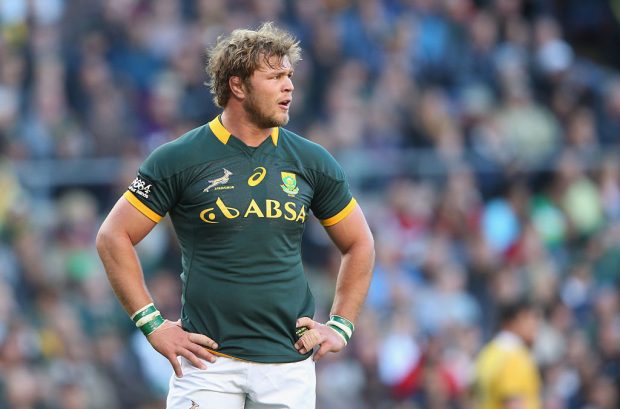 Super Rugby’s fading appeal is likely to provoke South Africa’s major provinces to follow the lead of the Cheetahs and Kings by beating a path North, according to former Saracens chief executive Edward Griffiths.
Griffiths believes the inclusion of the Bloemfontein and Port Elizabeth-based sides in a new look PRO14 could pave the way for South Africa’s four remaining Super Rugby franchises to break away from the SANZAAR-run competition when TV deals expire in 2020.
Griffiths, a leading figure in South African sport before revolutionising Saracens from 2008 to 2015, revealed extensive talks between Premiership Rugby and South Africa officials have taken place and reckons a new North-South axis could follow.
He told The Rugby Paper: “In South Africa there has been a growing urge to play North-South instead of East-West. Firstly, it means easier travel and time differences, not only for teams but for viewers; and secondly, the growing riches in the Northern Hemisphere compared to the Southern Hemisphere mean their leagues are far stronger.
“Before the last round of television deals, when Premiership Rugby renewed with BT and the Southern Hemisphere renewed with SANZAAR in 2015, there were some pretty serious discussions between Premiership Rugby and the South African Union around South African provinces playing North-South competitions with English or French clubs.
“There wasn’t the required incentive to make the jump before, but now the jump has been made by two South Africa teams into the PRO12 that might provide the impetus for the North-South concept to be expanded.
“I think South Africa should have done it years ago but now it might actually be happening.”
Griffiths fears the Cheetahs and Kings may not bring as much to the party as the existing PRO12 teams would like, but insists a consolidation of top English, French and South African sides into one competition would be a sure-fire commercial winner.
He explained: “There’s an element in the PRO12 situation of it being a marriage of the desperate and the desperate: the Cheetahs and Kings are desperate to keep existing; the PRO12 is desperate to do something that increases its profile and television rights.
“It’s not the top teams in South Africa playing North-South, it’s frankly two unwanted teams – teams that have effectively failed in Super Rugby – going into a PRO12 league which is falling further and further behind its English and French counterparts.
“The concept of South African teams playing North-South might not be shown in the best light, as it might have been if the Sharks, Stormers, Lions and Bulls were playing in an expanded English Premiership or European competition. But I hope it’s successful because it could unlock the door to some exciting opportunities.”
Griffiths added: “What would the top South African teams bring to European competition? For starters, they would bring a substantial increase in television revenue because South Africa generates 75 per cent of TV rights in the Southern Hemisphere.
“There’s no doubt that, commercially, the strongest competition in world rugby would be a Super 18 comprising six English clubs, six French and six South African, because England, France and South Africa are the strongest markets. Whether that makes sense for rugby as a whole is an entirely different discussion.”
NEALE HARVEY