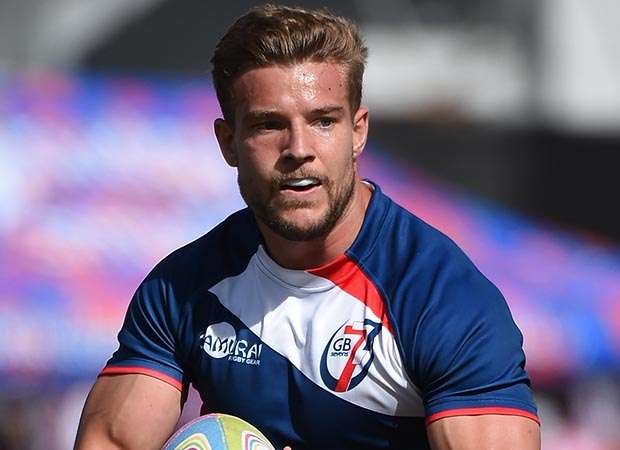 Mike Friday, head coach of USA 7s, believes Team GB’s Olympic medal chances have been damaged by not picking more stars from the 15-man game.
Friday has also questioned whether Simon Amor’s side are well enough equipped physically to deal with bigger team like Fiji, New Zealand and USA.
GB head coach Amor named four 15-a-side specialists in his 12-man squad, including 16-cap Scotland centre Mark Bennett, Scarlets back rower James Davies, Harlequins full-back Ollie Lindsay-Hague and Newcastle flyer Marcus Watson.
Former England Sevens boss Friday told The Rugby Paper: “It’s a strong GB squad – very experienced and balanced – but it’s not a particularly big squad and you have to question whether they have the physicality to compete with the big guys.
“A lot of the other teams are not only powerful, strong and fast, they’re also full of big men with just a smattering of smaller, playmaker types.
“We’ll respect GB if we play them, but we certainly won’t fear them and I still feel they could have got more 15s men involved. Guys like Elliot Daly and George North could have been unbelievable but they didn’t get their act together in time.
“Team GB have missed a golden opportunity and it’s a fallacy to believe some of those Premiership guys couldn’t have made the adjustment. James Davies did it on a 7-10 week conditioning programme and any 15s player could have.”
Meanwhile, Friday turned heads across the Pond by naming NFL superstar Nate Ebner in his squad.
Friday denies Ebner’s inclusion is a publicity stunt aimed at boosting TV ratings and says the 27-year-old New England Patriots’ safety, who represented USA Rugby at U20s level earlier in his career, has earned his Olympics chance on merit.
He explained: “Nate’s massively impressed me. He’s been with us for five or six months and he’s really integrated himself back into rugby. He’s started to think like a rugby player again. He’s been phenomenal conditioning-wise and in his physicality around the breakdown and defence.
“I didn’t want people to think his inclusion was a PR stunt. That’s not fair on the man, he’s earned his right on merit and, hopefully, you’ll see that in Brazil.”
USA failed to win a single leg of last season’s Sevens World Series but scored decent points in each of the ten events to finish sixth overall
Of his side’s medal chances, Friday declared: “We didn’t quite get there in the World Series but we were contenders throughout and everybody feared us.
“We’re under no illusions, Fiji are the favourites by a mile and with the quality of players they have they should be winning this tournament.
“But  if we can deal with the pressure, the conditions and have the big game mentality to come out and perform, we have the pace, power and physicality to beat anybody.”
NEALE HARVEY