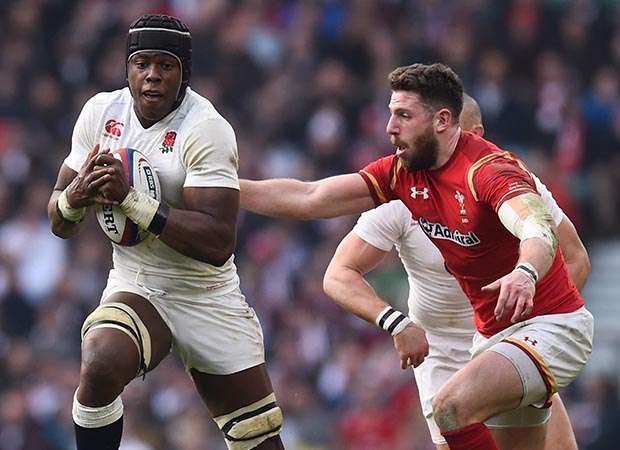 Maro Itoje’s relentless devotion to winning could see him oust Dylan Hartley as England captain as early as next year, according to former England U20s boss Nick Walshe.
In 22 matches for England and Saracens this season before yesterday’s clash with Harlequins, the 21-year-old lock has appeared on the losing side just once.
The second row sensation’s overall record for Saracens, England and England U20s since making his club debut in the LV= Cup tie against Cardiff in 2013 includes 51 wins and 10 defeats, and Itoje’s irresistible form during the current campaign marks him down for greatness.
Walshe, whose U20s side was captained by Itoje to Junior World Cup success in New Zealand in 2014, told The Rugby Paper: “Maro’s particularly special.
“The fact that he’s playing for Saracens – a wonderful team playing good rugby – means he’s in a great environment, and getting into a rejuvenated England team has helped, but he’s a phenomenal individual and a natural leader.
“He leads from the front, speaks well and is a great athlete who just wants to learn. He’s a really hard worker and is such a good guy to have in your side as well.
“Maro’s got everything. He’s not arrogant and he’s in a very good place at Saracens where they will keep his feet on the ground, but he’ll be in the England set-up for a very long time and I’m sure one day soon he’ll lead them as well.”
Walshe goes further, adding: “It’s a bold statement, but potentially in a year or two you could see Eddie Jones doing what Geoff Cooke did with Will Carling by choosing somebody young like Maro and letting him lead for years.
“He could potentially reach the stature of Martin Johnson.”
Walshe, meanwhile, believes England’s rapidly developing group of young Grand Slam winners can dominate European and world rugby for years.
Back-to-back Junior World Cup victories in 2013 and 2014 preceded no fewer than nine of those players being promoted to the senior squad, including Jack Nowell, Antony Watson, Luke Cowan-Dickie, Henry Slade, Itoje and Paul Hill.
Walshe, now backs coach at Gloucester, says: “Seeing those players come through is great because they’ve beaten New Zealand, South Africa and Australia and when they come up against them at senior level, they know they can do it again.
“Stuart Lancaster had a good side but the 2015 World Cup was tough and I always thought that 2019 was when England would be a serious proposition.
“A lot of the 2015 side will still be around and when you add the likes of Itoje, Slade, Elliot Daly, Jack Clifford and Cowan-Dickie, along with the Farrells, Fords and Tuilagis, who will soon have 50 caps, Eddie Jones will have a hell of a squad.
“I think 2019 could be a massive year for England and we have an unbelievable chance of doing well.
“It will be interesting to see how they go against the Wallabies this summer, but as a starting point Eddie couldn’t have asked for more.”
NEALE HARVEY