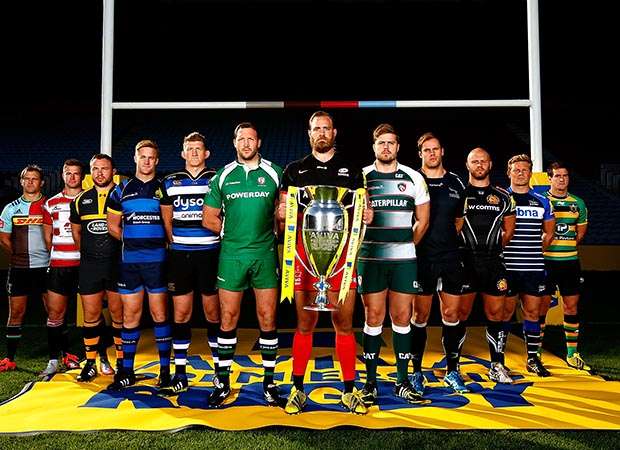 Premiership Rugby are set to agree a stunning £220 million deal with the Rugby Football Union which will see England’s top clubs double their money over the next eight years.
The Rugby Paper understands the eye-wateringdeal will reward clubs for meeting specific targets relating to fielding a requisite numbers of England Qualified Players (EQP), Academies and the provision of enhanced community programmes.
The fourth element will, as now, see clubs handsomely rewarded for the provision of England players for Six Nations, autumn Tests and summer tours.
A five-week summer rest period has been agreedalong with access periods ahead of Test windows. The current deal, brokered in 2008 and which expires this June, was worth £110m.
While sticking points remain, such as the redrawing of academy boundaries following the relocations of Wasps and Saracens, the £27.5m-a-year deal will enable individual clubs to rake in well in excess of £2m in RFU funding each season.
With TV and sponsorship money  worth  £4.1m-a-year on top, clubs can budget on receiving over £6m per annum from season 2016-17 – if they meet RFU criteria.
While the new eight-year agreement is longer than expected, TRP understands break clauses are being inserted to enable both parties to review the deal as it approaches the midway point, although it seems unlikely either side would seek a withdrawal.
One top-flight insider told TRP: “It’s a great deal for clubs and a great deal for England. At the moment Premiership Rugby gets £14m-a-year so it’s a suitable reflection of how the league has grown and the contribution our clubs and academies make to England.
“Unlike in France, lots of great young English players are coming through and it’s important to keep incentivising clubs to develop home-grown talent. Wages are going up but this deal safeguards the England team and means clubs can continue to thrive.”
Premiership clubs are also pushing hard for the Championship’s unwieldy promotion play-off system to be scrapped and replaced by a traditional first-past-the-post arrangement to prevent ambitious sides like Bristol becoming marooned in tier two.
Another consequence of the new deal is that the already gargantuan funding gap between Premiership and Championship clubs will widen further.
Championship outfits currently receive just £530,000 per annum and although sources suggest there are no immediate plans to scrap promotion and relegation, calls to expand and ring-fence the top-flight are certain to become more vociferous.
Ian Connell, chairman of the Cornish Pirates, told TRP: “My understanding is the status quo will continue for season 2016-17, but if changes are planned we need to be told.
“But irrespective of any new RFU/PRL deal, if Championship clubs are going to be fully professional outfits providing England-qualified players who graduate to the Premiership and the England team, there is an urgent need for increased funding.”
NEALE HARVEY