NICK VERDIER meets the England tighthead on a mission to right the World Cup wrong Down Under this summer. 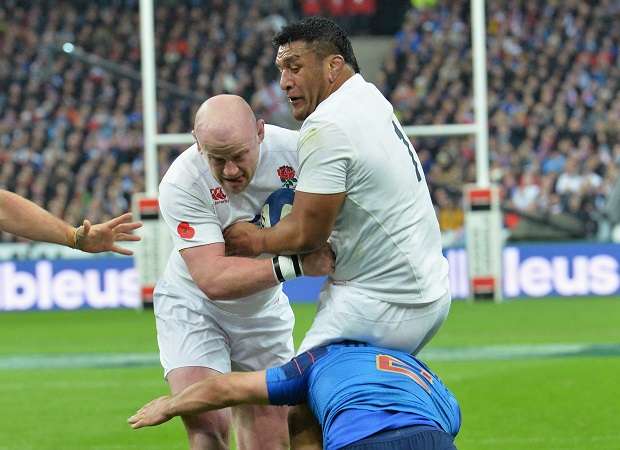 Five months ago, the Leicester tighthead and the rest of the England squad were left “traumatised” after failing to reach the knock-out stages of their home World Cup after defeat to Wales and humiliation at the hands of the Wallabies.
But fast forward five months and England, now under Eddie Jones, claimed their first Grand Slam in 13 years – helped by a rare try from Cole, just his second in an England shirt, and first since 2010.
The last England team to do the clean sweep was the golden generation led by Clive Woodward back in 2003, a few months before lifting the World Cup in Australia.
But their journey to become the best side in the world arguably started five years earlier in 1998 with England’s worst summer tour in history when they were hammered by Australia, New Zealand, twice, and South Africa.
For Cole, the 2015 World Cup failure is his ‘98 tour of hell moment, one he is determined to never relive.
Cole told The Rugby Paper: “Like the England team in 2003, if you look at Championship-winning teams in rugby and other sports, they’ve all been through some traumatic experiences.  For us, the experience of the World Cup brought some trauma into our lives and I’m sure a lot of the boys had never been through something like that.
“Going into the Six Nations we never wanted to feel that way again. We’ve been through a lot in recent months and we’ve come close to winning a Grand Slam a couple of times in recent years too but didn’t do so, losing in Wales and Ireland.
“There was a core of this team that played in that game in Cardiff in 2013 so it’s nice to be able to win something with them.
“Eddie mentioned that Championship-winning sides usually average around 28 and we’ve been successful despite having a young squad with an average age of 24.
“We got some flack after the Scotland game for not being the best team in the world but Eddie stuck by us and we improved as the tournament went on.
“We’re in a four-year process and I think we’re on the right course. Hopefully we can learn from the last World Cup and do better when we go to the next one.” 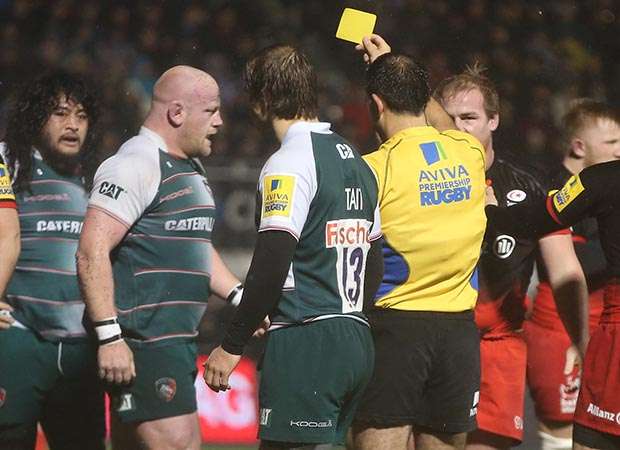 As the cornerstone of the pack, Cole was at the centre of the storm that followed the World Cup with his performances criticised.
Only a few weeks before the Six Nations started he, and the rest of the Leicester pack, had a shocker at Saracens in the Premiership, conceding three penalty tries from scrums and Cole was yellow carded for repeated offences.
But the 27-year-old found comfort in his teammates and coaches who gave him their backing and, after five starts in as many games during the Six Nations, he has reasserted himself as England’s premier tighthead.
He said: “It was hard to avoid criticism but you stick with the people you trust like your coaches and your teammates. Outside that group, you speak to ten different people and you get ten different opinions so you’ve got to believe in what you’re being coached and stick to that.
“Going into the Six Nations after not playing at the best of my ability in the World Cup and having a shocker against Saracens wasn’t great. But having the national coach call to reassure you that you’re in the Six Nations squad and that he’s believing in you was massive.
“I was fairly happy with how I played and the fact that Eddie started me in all five games playing a lot of minutes was enjoyable.
“As a tighthead, your game is built around the set piece and Eddie just told me to be a tighthead as in push in the scrum, lift in the lineout, tackle people and hit breakdowns. So in that regard, my role was really simplified and you can just go about your job. Coming through the Leicester system that’s how I’ve been brought up anyway so it was easy to just focus on that.”
The Wallabies are next on England’s agenda with the first three-match Test series in Australia in June and Cole expects the World Cup finalists to be serious opponents.
He said: “They’re the second best team in the world. I toured Australia in 2010 which was good and playing against them in a full series for what will be their first games since the World Cup should be a great experience.
“We’re the European champions so I’m sure they’ll be chomping at the bit to prove the Southern Hemisphere is better than the Northern Hemisphere.”
After a day off, Cole was back training at Leicester on Monday, ready for Tigers late push for yet another Premiership semi-final.
He added: “We’ve got to win all our games in the Premiership if we want to make the play-offs and we also have the Champions Cup quarter-final against Stade Francais.
“The win last week against Saracens was massive. Everyone is taking points of each other so we’ve got to win games to be in the top four.”