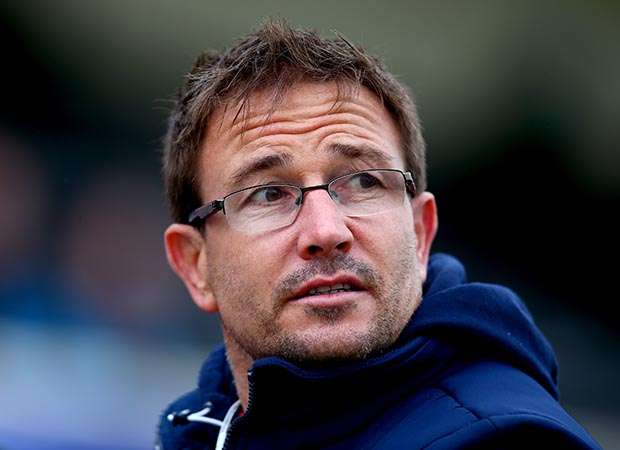 Mike Friday has blasted the Home Unions, Premiership Rugby and Pro 12 officials for allowing politics and egos to ruin Team GB’s Sevens chances at the Rio Olympics.
Poor performances in Las Vegas and Vancouver have left Simon Amor’s England miles off the HSBS Sevens World Series pace in seventh.
They are 49 points behind top side Fiji, while Scotland and Wales are languishing in 11th and 12th place respectively.
New Zealand, Australia and South Africa have recently been boosted by the availability of top stars such as Sonny Bill Williams, Quade Cooper and Bryan Habana.
There is, however, little sign of Team GB boss Amor receiving similar assistance in his quest.
Friday, who is heading up USA’s Olympics challenge, told The Rugby Paper: “I feel sorry for Simon Amor.
“He’s a young, exciting coach but he’s got the rough end of this because people tasked with dealing with Team GB have not done their jobs.
“This should have been sorted four years ago. They should have adopted the British & Irish Lions model and given Team GB proper buy-in from the Premiership and Pro 12 clubs.
“They could have brokered a deal in the best interests of rugby in the UK where each club had to allow Team GB one pick, which would have given Simon 18 quality players from England, Wales and Scotland in addition to the existing Sevens guys.
“Instead, politics has got in the way, which is a shame because the Olympics is huge and Team GB is not being represented in the right way.”
But, even at this late stage, Friday believes that the position may be salvageable.
He added: “If egos and politics are put to one side and Premiership and Pro 12 clubs are open to helping, why can’t they allow Simon to have one pick from each squad?
“He won’t need all those players but why couldn’t he select a Mathew Tait, James Hook or Dan Lydiate, guys who would make a real difference?
“You hear names like Bristol’s Tom Varndell potentially being available but the Premiership and Pro 12 must come to the party to give Team GB a chance.”
NEALE HARVEY