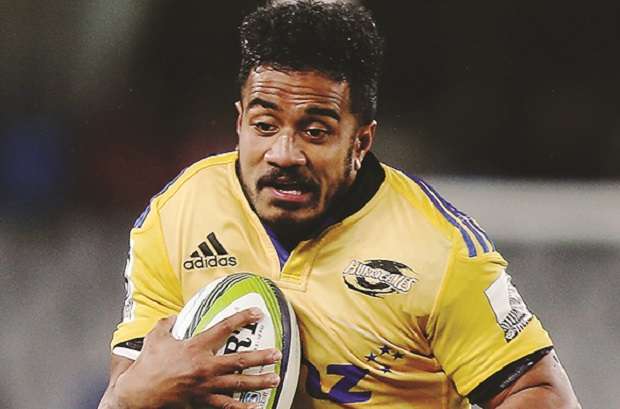 Cardiff Blues centre Rey Lee-Lo is hoping to continue the legacy left behind by his former club-mate Jonah Lomu at the Arms Park.
Both men starred for South Auckland’s Counties Manukau before moving up to the Hurricanes Super Rugby franchise.
And Lee-Lo has continued to walk in the footsteps of the former All Blacks great by moving to the Welsh capital.
His break set up Rhys Patchell’s match winning penalty against the Newport Gwent Dragons, and the Samoa star is hoping to pick up where Lomu left off.
He told TRP: “The big man, Jonah Lomu, was here at the Blues and there was obviously a reason why he came here.
“He’s from Counties Manukau, the same club in New Zealand where I started out.
“I could see the impact Jonah had here when we played Harlequins after he passed. I wrote ‘rest in peace big man’ on my wristband for the game as a tribute.
“I’m never going to be like Jonah, Xavier Rush, Ben Blair or Paul Tito but I’ll try my best!
“Casey Laulala made an impact here when he came over, too, but I’ll just try to enjoy my rugby and win games for the team and hopefully I can be like them.”
Wins over the Dragons and Connacht have helped the Blues put seven straight defeats behind them.
And Lee-Lo is hoping to strike-up a lethal partnership with Wales centre Cory Allen, who is back after his Rugby World Cup was ended by a hamstring injury.
He said: “It will be interesting when Cory Allen comes back fully, I played my first minutes with him against the Dragons.
“I had been watching him throughout the world cup until he injured his hamstring, but it’s good to have him back now.”
JAMES CANDY