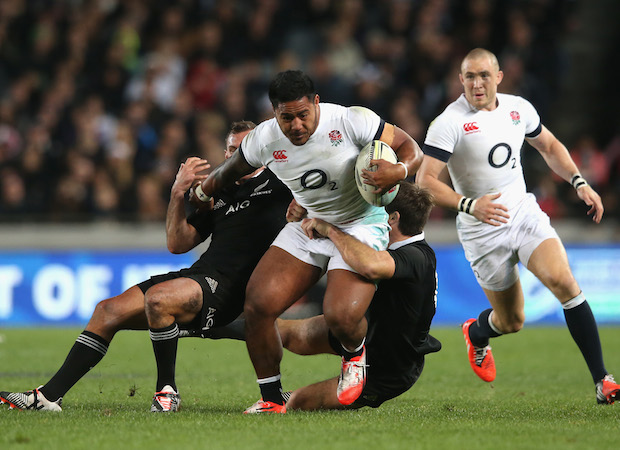 Manu Tuilagi will start on the wing for England in the second Test against the All Blacks in Dunedin.

Along with Tuilagi’s positional change, there are five other changes to the team that narrowly lost 20-15 last week in the first Test.

With Billy Twelvetrees and Luther Burrell reforming their midfield partnership, Tuilagi moves out to the right wing and Marlan Yarde switches to the left. Gloucester’s Jonny May is the one paying the price as he drops out of the match day squad all together with Chris Ashton providing the cover on the bench.

The fit-again Danny Care and Owen Farrell form a new half-back pairing with Ben Youngs and Freddie Burns dropping to the bench.

The last change comes in the back row to see Tom Wood returning at blindside for the unfortunate James Haskell who, despite a fine display last week, is not even on the bench as Saracens Billy Vunipola is preferred.

Rob Webber and Geoff Parling are rewarded for their performances at Eden Park last Saturday and keep Northampton duo Dylan Hartley and Courtney Lawes out of the starting XV for another week.

One the bench, Newcastle tighthead Kieran Brookes could make his Test debut after being preferred over Henry Thomas.

“He’s looking forward to it,” Lancaster said of Tuilagi. “We had a long chat with him about it. I sat down and spoke to him a couple of times. He just wanted to be clear in his own mind about the position stuff, particularly the backfield stuff.

“Once he understood that and his role in the team and he ran through it training because we had Monday and Tuesday when we continually played against each other and with 45 players there is plenty of opposition. The longer it’s gone on the more comfortable he’s felt. There’s tomorrow’s [Thursday] session to really finalise it as well.

“On the flip side once he saw and everybody saw the potency of our strike players, he’s a great team player Manu and he was happy to do what’s best for the team.”

“The side we have gone for is certainly an exciting side, it’s one we have been wanting to look at for a while and it’s given us some great options.

”I think one of the key things to consider as well is we feel that the game is going to take the full 80 to win and part of the selection has been the make-up of the bench, to make sure that obviously particularly the likes of Dylan, Courtney and Billy Vunipola in that 50-60 minutes time bring a huge amount of energy from the bench and hopefully see us home.”