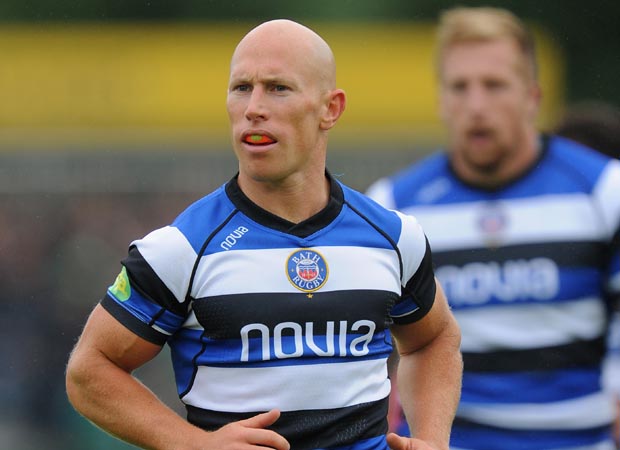 1.Os du Rant – I’d never seen a human this big until I played against the Springbok legend on an Ireland tour in 2004. Also surprisingly quick with good skills.
2.Keith Wood – He was the Ireland captain when I first came on the scene and he was a great leader. Always wanted the ball and didn’t mind a chip and chase. Gave Irish rugby a huge lift.
3.John Hayes – My old Munster mate gets the nod. Moved from lock to prop late on and worked very hard to become a cornerstone in our pack.
4.Donncha O’Callaghan – His attitude, professionalism and desire to become a better player set him apart. Key to Munster and Ireland’s success over a number of years.
5.Paul O’Connell – He’d be my captain in this team. An inspirational man who always demands the best from his teammates. When he speaks you listen and where he goes you follow.
6.David Wallace – Out of position but I had to get him in there. Quicker than any back over 20 yards. Just give him the ball and he’ll break through three tacklers before you know it.
7.Richie McCaw – As a scrum-half you dream of quick ball but this guy is just a nightmare. Fearless and will do anything to get that ball back.
8.Sergio Parisse – Sergio gets the nod because of his confidence and flair. Carried Italy on his back for a long time now but always eager to play for them.
9.Joost van der Westhuizen – I can’t put myself in so I’ll pick Joost who I grew up watching when I was at school. Such an honour to have played against him.
10.Jonny Wilkinson – I admire guys with a professional attitude and there aren’t many players more meticulous than him. You’d struggle to find a better distributor and controller of the game.
11.Jonah Lomu – The first superstar of the game. Known for running over people but just as capable of running around you. Brought the game to a new level.
12.Jean de Villiers – Played against him many times but also with him at Munster. Another great leader who seems to always do the right thing at the right time.
13.Brian O’Driscoll – It was much more enjoyable to play with him for Ireland than face him in the Munster-Leinster derby. You could see he was going to be a star from a young age.
14.Doug Howlett – Given the turnover of New Zealand wingers, earning so many caps and scoring so many tries speaks volumes of how good he was.
15.Christian Cullen – I grew up watching him play for the All Blacks and then played with him at Munster. The best player I have ever seen with his pace and balance.