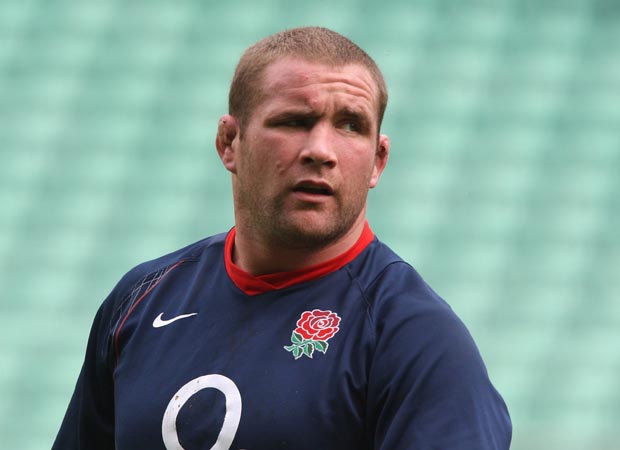 1. Christian Califano – I watched him as a lad and he took front row play to a new level. His ball play was excellent and facing him was always a challenge.
2. Keith Wood – A bit of a kamikaze hooker so it was as difficult playing with him for the Lions as it was to play against him! But his work rate and carrying ability were phenomenal.
3. Martin Castrogiovanni – An awesome beast who is just an excellent ball carrier and still a great player.
4. Martin Johnson – A big hulk of a man, fearless and passionate and one of the best captains I ever played for – he just had the right brain for it. The way he put his body on the line was immense.
5. Ian Jones – He didn’t like the gym but he was the size of a hippo. He feared nobody on the field but off of it he would smile and shake your hand. It was so good to play alongside him at Gloucester.
6. Richard Hill – Extremely gifted player who had all the ability in the world to play and run the ball. When we needed someone to dig in he was your man. He had the full tool bag and quietly got on with it.
7. Richie McCaw – Played against him a few times for England.We spent our whole week just preparing to play against him, let alone the other guys. I wish I had the chance to play with him.
8. Scott Quinnell – Just a fantastic talent for Wales and the Lions. His ball carrying was excellent, he was uncompromising and had so much passion.
9. Rob Howley – I’d have loved to have played with him more. What he did for Wasps was phenomenal. He took scrum-half play to new levels. His passing ability and understanding of the game was exceptional and he’s now a great coach.
10. Jonny Wilkinson – For a forward it was great to know if we won a penalty in range he’d get you three points. I never got frustrated when he did something wrong because I knew he worked so hard to get it right.
11. Ben Cohen – Not for his dancing! He was one of the first wings to focus a lot on the high ball and he loved to get stuck in – he was more like a back rower. Always looking for work and never let you down.
12. Jason Little – Top centre for Australia. You watched shadows for a lot of the game – you knew he was on the pitch but you never saw him, he was that good.
13. Brian O’Driscoll – He was world class. As a young lad he was fearless and I was lucky to have played with him in 2001 for the Lions. A tremendous player.
14. Jason Robinson – One of my favourite memories was  Jason scoring the first try in the first Lions Test in 2001. He was great fun to be around, he worked hard and he loved his rugby.
15. Matt Perry – We started playing for England at the same time and I never play-ed with a guy so fearless. His catching superb and he also had a great boot.