Home / Features / Columnists / Jackson column: Apartheid so sickened Tony Ward, he did not go back

Jackson column: Apartheid so sickened Tony Ward, he did not go back

Posted on 28th May 2020 by admin in Columnists, Features, Peter Jackson 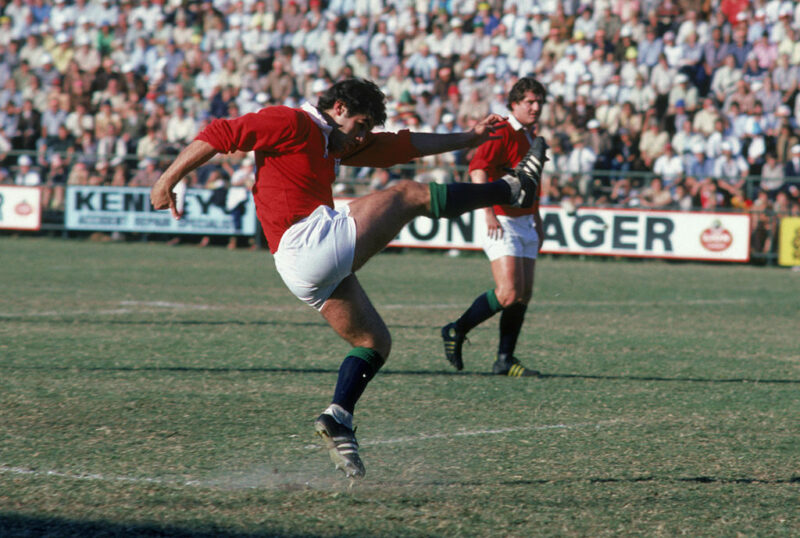 Tony Ward has never forgotten his first impression of apartheid South Africa. The images are as clear and every bit as offensive today as when he saw them at Jan Smuts airport exactly 40 years ago today.

On May 24, 1980, Ireland’s fly-half touched down to be greeted by Lions manager Syd Millar, a battery of photographers and some public notices that would leave him ‘emotionally scarred’. The writing was on the wall from the very start.

“I looked around and saw a sign above the toilet: ‘Whites Only’,” he said. “Then I saw another sign above another toilet: ‘Blacks Only.’ A chill ran down my spine and I can still feel it today.’’

Now in his mid-60’s, Ward belongs to a rare breed of international rugby players, the few who took a moral stand in protest against apartheid at a time when the Home Unions stood four-square in their support of those emblematic of the regime, the Springboks.

South Africa had been expelled by FIFA in 1961 and by the IOC which excluded them from the 1964 Olympiad and the six subsequent ones until readmission in 1992. Even English cricket saw the error of its ways and followed suit. Rugby kept playing ball before bowing to public opinion and aborting the 1986 Lions tour.

Of all the English, Irish, Welsh and Scottish players who toured apartheid South Africa, those who boycotted trips there for moral reasons are very few and far between. Bristol centre Ralph Knibbs and Cardiff No.8 Carl Smith, uncapped players of West Indian heritage, opted out of tours during the Eighties.

The number of international players who did so can be counted on the fingers and thumb of one hand. Hugo MacNeill, then a student at Trinity College in Dublin who would become a Test Lion in New Zealand in 1983, Moss Keane, Donal Spring and Ward declined to go on Ireland’s tour in 1981.

“I knew I would be putting my international career at risk,’’ MacNeill says. “There was a strong anti-apartheid feeling in Trinity. The more I thought about whether I ought to go on that tour, the more I felt it would have been the wrong thing to do.’’

Ward is one of only two players to decide ‘never again’ because of what he witnessed as a Lion in a racially segregated country. Wales flanker John Taylor came to the same conclusion after the 1968 tour.

Twelve years later, Ward had just returned to his sports shop in Limerick from the Amsterdam Sevens when the Lions requested his immediate presence. “I could not get out there quickly enough,’’ he says. “I should have thought about it but I didn’t. I was as selfish as anyone (else) in 1980.

“Do I regret the decision to go? I absolutely loved the Lions tour from a rugby perspective. We had ten-star treatment wherever we went and we were so laden down with gifts we had to get extra bags to have them shipped home.

“In moral terms, did I make the right decision? No, I did not. On grounds of conscience, I could not go back to South Africa. I was invited to play for a few international XV’s but it was never a goer.”

Seven days after touching down, Ward went straight into the team for the opening Test which the Lions contrived to lose despite their Irish reinforcement kicking a record six goals. Off the field, he kept seeing more disturbing signs of the country’s racial segregation than those he had seen at the airport.

“I remember visiting a hospital for disabled kids in Cape Town along with Billy Beaumont and a few other players. There were whites only wards and blacks only wards.

“I remember trying to go to the New Brighton township outside Port Elizabeth with the Watson brothers, Cheeky and Valence who did so much for inter-racial rugby. We couldn’t get in.

“The police had blocked the entrances. They said there were riots but there weren’t any riots. They just didn’t want us to see the place for ourselves. Wherever we went, non-whites would remind us to ‘beat the Bokke’.

“The Unions believed that it was important to ‘build bridges’, that touring South Africa kept communications open. When I saw just how much rugby meant to (white) South Africa, I went down the opposite route. Isolating them, as other sports had done, was hurting them far more.

“I remember playing a round of golf with Clive Woodward, John Robbie and Paul Dodge. The caddies were literally in rags and they got a pittance. We gave them quite a few rand but all those experiences really got to me.

“Maybe it was good that I went. I got to see it for myself. Scratch beneath the surface and it was ugly. I just did what I thought was right.

“Me making a stand wasn’t going to change the world but I was in no doubt that every little thing would help. Because I had a high profile at the time I was able to contribute a little bit.”

For too long, he, MacNeill and the others seemed to be crying in a wilderness. When Lions great Willie John McBride managed a Rest of the World squad to mark SA Rugby’s centenary, Archbishop Desmond Tutu condemned the IRFU’s approval as ‘obscene’.

The IRB gave their blessing, the same IRB marked Nelson Mandela’s death by stating that the ‘rugby family had played a small part in supporting Mr Mandela’s efforts to establish the new South Africa’.

A shame they didn’t apologise for all the years when they went out of their way to give succour to successive apartheid regimes.