Posted on 30th January 2020 by admin in Columnists, Features 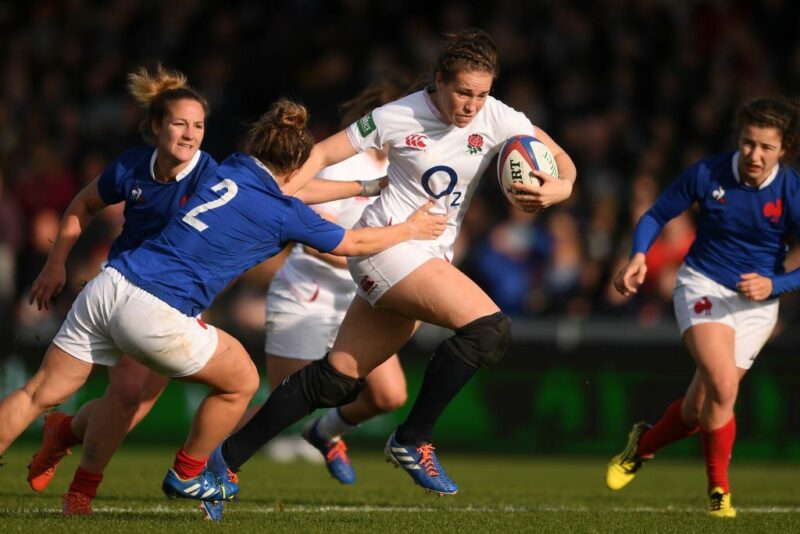 The women’s Six Nations this year could well be decided before it has barely moved out of the starting blocks. England head to France in the first round and barring any major upset the winner of that game will go on to win the tournament.

It is such a shame that this match does not come in the last round, that we can’t build up to a very likely ‘winner takes all’ explosive battle between the best two teams in Europe.

The scheduling of the Championship is I believe a combination of discussions with unions and broadcasters and a final vote of the Six Nations committee. I won’t comment on the fairness of this without further detail, though I do recall Warren Gatland having a few not so positive words to say about the scheduling a couple of years ago.

However, although the men might not be happy, I would be very surprised if the interests of the women’s tournament gets a look in at all. I have said before that the women’s championship structure is not fit for purpose. We do not necessarily have the top six European teams competing, the games are slotted around men’s matches, the majority of Tests this year are taking place on Sundays with many being played concurrently to each other. This is not good enough.

It is hard enough trying to increase our profile without frustrating practicalities such as this adding yet more obstacles. And there is still no title sponsor. Saddening but not surprising.

It is important to utilise rugby branding for the growth of the game. Harlequins at club level have shown how successful this can be, the likes of other strong rugby brands such as Exeter are fast getting in the mix and I would normally mention Saracens at this point too – but in Basil Fawlty style… ‘don’t mention the Salary Cap!’

We must say goodbye to the Six Nations in its current form. Let experts of women’s sport put their brains together with experts in rugby to come up with something that will really work, not something that stutters along in the shadows of the men. We need to be released to really spread our wings and show just how far we can fly with the right people running our game.

And on that note why oh why oh why are we heading back to Doncaster? Nothing against taking the game around the country but please, please, please utilise larger stadia. The atmosphere has, I have to admit, been great at Castle Park – they are good hosts – and the RFU can promote good news stories of sell-out crowds but with a capacity of 5,000 this is nothing to be celebrated. I continue to tear my hair out.

On the pitch England are still showing their dominance and so they should. Now over a year in to professionalism, with the likes of the oh so awesome Emily Scarratt and the majestic Katy Daley-Maclean still dusting their rugby playing magic wherever they tread it is hard to see beyond another English win. But this year the scheduling plays in to the hands of the French.

They will be happy with it – they love playing at home and will relish this start; they will be thinking of nothing other than to ruin the English tea party. If they can fuel their emotion, let their narrow Autumn international losses provide motivation and cut out the errors, then there may well be an arm other than Sarah Hunter’s lifting the trophy this year.

Wales play Italy in their first round and Scotland take on Ireland with both fixtures throwing up a lot of juicy little sideline interest.

Last year the Welsh and Italian fixture finished in a 3-3 draw – the kind of result that is a rarity in the modern age of rugby. Italy provided the much needed spark of sustainable interest after Les Bleus had failed to turn up for the first half against England, and in doing so gifting the title to the Red Roses early on.

But the French showed what they could do in the second half of that match although they tumbled again later in the tournament losing to the in-form Italians who claimed an emphatic victory.

I would dearly love the Italians to follow up their resulting second place with another strong performance this year but after a disappointing Autumn I fear that their place near the top end of the table may be turned on its head.

Wales and Ireland were both disappointing last year; I hope that they can turn things around but with some interesting selections for the Welsh, leaving two of their most experienced players out of the squad – Carys Phillips and Sioned Harries – this is not going to be easy.

It will also be a mighty challenge for the Irish to move back up the table – especially without the inspirational and influential openside Claire Molloy who is taking a sabbatical away from international rugby to focus on her career as an emergency doctor. I hope we see Molloy in an Ireland shirt again one day but this demonstrates the harsh realities for most female international rugby players. A world away from the disputes that are surrounding that club that I am not mentioning.

Despite their bottom place finish on the table last year Scotland did show signs of improvement. I have to say this because I touted them as the team to look out for at this time last year! They will not want to recall their loss against Japan in the Autumn but a recent victory over the Spanish will be pleasing for them. Former Irish coach Phillip ‘Goose’ Doyle is now in charge of the Scots and I am sure we will continue to see improvements as a direct result.

According to former England coach Graham Smith, who was at the recent Spanish game, Jade Konkel and Hannah Smith (at No.8 and centre respectively) were the two standout players for Scotland. The fitness of the whole squad was impressive and their defence standing impressively firm after a long period of attack from Spain. Ireland suffered after Doyle’s departure and have never quite recovered.

So, Goose takes on his team of old in the first round, both Italy and Wales will want to make amends for their draw last year and Le Crunch is upon us before we have time to fully build up our appetites and tantalise our taste buds for this cracker of a match. Can the rest of the tournament live up to this first round? Time will tell.

Catherine’s autobiography Mud, Maul, Mascara is now available to pre-order now. Read her personal account of the reward and mental toll captaining England took on her.