Home / Features / Columnists / Williams column: Wayne Pivac has shocked a few and I am glad

Williams column: Wayne Pivac has shocked a few and I am glad 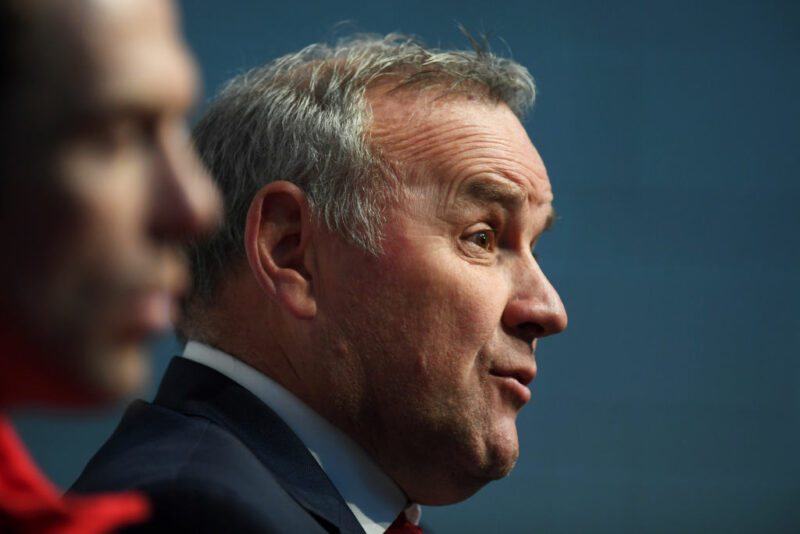 Warren Gatland constantly surprised the Welsh rugby public with his selections throughout his 12 years in charge. He loved the odd shock here and there and was well known for it, but it certainly kept the players on their toes and for most of his tenure his teams were very, very successful.

I wrote last week how Wayne Pivac – Warren’s successor as Wales head coach – should not be afraid to freshen up his team at the start of a new era and I thought he would do it, too.

But I’m not sure anyone saw some of his selections for the 2020 Six Nations coming – certainly those of Nick Tompkins and Will Rowlands. In many ways Wayne has topped Warren on the shock selection front at the first time of asking and that is a pretty impressive feat!

Shock selections can sometimes be controversial and given both Tompkins and Rowlands were born in England there has been a bit of talk about whether they should be in the squad or not. I’m very clear on this – if you are eligible for selection and good enough to be picked by the coach, then there is no reason why you can’t play Test rugby for Wales. It really is that simple in my opinion.

Tompkins and Rowlands are fine players and I’m sure they are only going to enhance the set-up.

I know Scott and I feel for him. He has captained Wales in the past, is a very experienced player, and will be hurting right now. The same debate came up ahead of the Barbarians game at the end of last year when Willis Halaholo and Johnny McNicholl – who are both New Zealand-born – were picked.

The bottom line is the same now as it was then – in Wayne’s position you have to pick the best players available to you and he has done exactly that. It’s a very clever Welsh squad and I think Wayne has done a superb job so far. He has certainly ruffled a few feathers!

Wales don’t have the strength in depth of other nations such as England and that is why it is vital to get the most of the options available. Wayne is doing that in abundance.

It has been refreshing to see and I feel Tompkins is a very canny pick. Wales are light of centre options with Jonathan Davies and Willis out injured, and Owen Watkin not fully fit even though he is in the squad. Tompkins has proved he is committed to playing Test rugby in a red shirt.

I’m sure I wasn’t the only one who didn’t know he had Welsh links, but I’ve seen a fair bit of him and I like what I see. I was talking to a number of ex-professionals recently when I was doing some TV work and we were talking about Saracens – they’re certainly in the news at the moment!

We discussed the salary cap and potential relegation, but Tompkins’ name came up and Jim Hamilton – who was at Saracens – spoke very highly about him. What Jim knows about centre play you can write on the back of a fag packet, but he knows the environment there and has a very good rugby brain. I wouldn’t be surprised if Tompkins slots straight in to face Italy.

He does the basics very, very well. He isn’t a flashy player, but Wayne is clearly a big fan and we’ve seen with someone like Hadleigh Parkes that you don’t need to be flashy to be a Test star.

At its heart rugby is a very simple game and players who know what they are good at and deliver under pressure are worth their weight in gold.

With Tomkins, Rowlands, Louis Rees-Zammit and WillGriff John all in the squad, there are new faces breathing down the neck of the established elite. That will only benefit Wales.

When a new coach comes in everyone is immediately on their toes. I know that speaking from my own experiences of international rugby. That has been ramped up again with Wayne’s bold selection. I hope it will help improve players who have been in the squad for a long time.

Look at George North. When George burst onto the scene as an 18-year-old I was on the wing for Wales. I wouldn’t say I was complacent, but I was comfortable with the starting shirt being mine.

All of a sudden George scored two tries on his debut against South Africa and everything was up in the air. I was thinking ‘I’m under pressure now’ and I think that brought out the best in me leading up to the 2011 World Cup. It will be the same for George now with Rees-Zammit on the scene. He would be naive not to think his starting spot is in danger, not just because of Louis’ outstanding form for Gloucester but also the presence of Josh Adams, Johnny McNicholl and Owen Lane. Wales have so many options at wing right now and that’s even without Steffan Evans in the squad. I must say I’m surprised Steff wasn’t picked and Jonah Holmes was.

There is certainly an exciting feel to the Wales squad and playing Italy at home in the first game of the tournament is the perfect opening fixture. It’s by no means a foregone conclusion, but I’d expect Wales to win fairly comfortably and get a feel for each other on home turf in Cardiff.

After that it will get a lot harder with fixtures away to Ireland and England. I want Wales to play with freedom and energy and there are players capable of doing that.

There are playmakers aplenty with Dan Biggar, Jarrod Evans and Owen Williams all involved. Owen has been a bit of a forgotten man. You only have to go back to the 2017 November Tests and he was Wales’ first-choice inside centre against teams as good as New Zealand and Australia.

He is out of sight and out of mind at Gloucester and has been on the sidelines with injury for a while, but he is prodigiously talented and I think he will fit into Wales’ plans very nicely in the future.

It would be good to see him back in the regional game in Wales – as it would with all of the English-based players in the squad. Time will tell whether that happens, but this is an exciting time to be a Welsh supporter.

Our team are defending a Grand Slam and a Triple Crown and have an exciting brand of youth and experience. For every Rees-Zammit there is a North or Leigh Halfpenny.

In the forwards John looks ready for Test rugby at prop and we could very easily see Test debuts for him and Tompkins against Italy.

Rees-Zammit will surely be in contention too. We must not put too much pressure on his shoulders at such a young age, but I can understand why he’s been picked given his performances for Gloucester. Like the squad he has joined for the first time, he has an air of mystery about him. Mystery and the element of the unknown can be very exciting and Wales will have that in their favour.