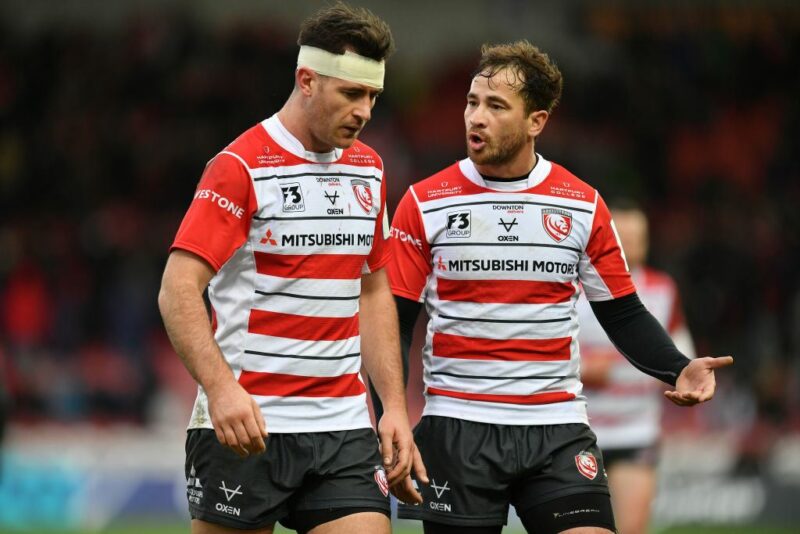 IT is little more than two weeks until England’s Six Nations squad is announced, and the injuries to Manu Tuilagi and Henry Slade mean that we could see changes at centre.

Slade, who has injured both ankles, is considered unlikely to play in the tournament, while it is more of a waiting game with Tuilagi, who has not played for Leicester for the last two weeks due to a groin injury.

This leaves Eddie Jones with a few choices to conjure with. He can either revert to the starting combination of George Ford at 10 and Owen Farrell at 12, as he did in the World Cup final, and keep Tuilagi at 13 if he’s fit. If not, he can bring in experienced outside-centre Jonathan Joseph to replace Tuilagi.

The alternative is to experiment. The most obvious way to do that is to play Farrell at 10, and to select a new centre partnership based either on Premiership form, or on what he knows already about squad centres like Piers Francis, Alex Lozowski and Ollie Devoto.

If Jones goes on Premiership form then he cannot ignore the claims of Mark Atkinson. The 6ft 5ins Gloucester inside-centre is even taller than Will Greenwood, and has put himself in the picture thanks to consistently good performances.

Atkinson shares Greenwood’s ability to feint to pass while still making good ground and attracting defenders before getting the offload away. If Atkinson is going to go even further he has to be very fit and recognise that as a dummy runner at Test level he needs to be just as purposeful as when he has the ball – and that when he is actually the receiver he has to make sure he takes the right line and comes onto it from deep.

Atkinson is a little old for the 2023 World Cup at 29, but, because we know Tuilagi likes to play at outside-centre, he might be in a position to make a contribution over the next couple of years.

Devoto is a similar build to Atkinson, but although he’s 26, he still looks to me as if he’s sometimes in two minds. By not being a straight, aggressive, hard runner like Brad Barritt at Saracens, it means that he doesn’t always make the necessary impact.

The same cannot be said for Sam Hill, Devoto’s fellow Exeter centre,  who is direct as they come – and was on the England radar for a bit while Tuilagi was out of action for long periods before the 2019 World Cup.

There are also another couple of centres on the Saracens conveyor belt for Jones to consider in the shape of inside-centre Nick Tompkins, 24, and Max Malins, 23, who has the ability to play everywhere from fly-half to full-back. In a way they remind me of two of the Aussie greats – Tompkins of Tim Horan, and Malins of Matt Giteau – although at the moment neither of them have got the same world-class punch.

Both Horan and Giteau were internationals by the time they were 20 because they were that good – and these two English kids have not quite hit the register in the same way.

At 6ft Tompkins is taller than Horan, and he’s strong on the ball with that same piston-like running action the Aussie had.

However, Horan was very quick and powerful, his defence was awesome, and his all-round skills were exceptional. Tompkins is a good club player by comparison, and if he is included in the England squad will have to show in training that he has the speed, power and skill to go up to the next level.

Malins is gifted, but, like Marcus Smith at Harlequins, he has yet to show that he can go beyond having a great club career.

When you consider whether players like Tompkins, Malins – and Exeter fly-half Joe Simmonds – can make the transition to Test level over the next couple of seasons, there is one thing that can never be overlooked.

Sometimes, when players get their chance on the big stage, they rise to the occasion and play bloody well – and, bang, they are on their way.

Of the other centres who have spent time in the England squad, Francis and Lozowski have done enough to attract Jones’ attention, but not necessarily to keep it. I guess Francis was picked for the World Cup squad ahead of Lozowski because the England coach feels he provides better cover for Ford or Farrell at fly-half.

Lozowski seems to have suffered because he missed a tackle against Japan that cost a try just over a year ago. These moments happen, and coaches sometimes think ‘this kid isn’t learning quickly enough, and we haven’t got the time to put it right’.

However, Lozowski strikes me as someone who has all the talent. He punches above his size in defence, seems to have time on the ball, and he can play right across the backline. He is certainly quick enough, and fit enough – but he is not putting in a full season of ‘you have to pick me’ performances.

Any centre who wants to force himself into contention has to be game-changing and game-winning prominent to get themselves noticed. They have to create more space for others as well as find more space for themselves.

The decisive factors will be whether Jones decides to rely on the Ford-Farrell partnership, and whether Tuilagi is fit for the Six Nations.

They are linked, because, apart from off a short ball, Farrell cannot be as effective in breaking the defensive line as Tuilagi and Joe Cokanasiga, who England must be desperate to get back from injury. It is why, if Barritt is fit, Farrell does not play at inside-centre for Saracens.

Tuilagi is a beast – incredibly powerful – and, in addition he has got a hand-off, a step, a huge desire to get over the line, and he can now see when to pass. He also takes the pressure off the pack, and off the fly-half.

Whether it is Ford or Farrell at 10, you cannot put all the fault on them if there is not much of a forward platform for the backline to play-off.

Let’s not forget that England won a Grand Slam with the Ford-Farrell combination in 2016, and it also got them to the 2019 World Cup final, so it has been successful. The only drawback is that without a powerful midfield force like Tuilagi, the other parts of the England machine have to work perfectly, and the pack in particular, or the attacking options become more limited.

That’s why finding more centres who can punch their weight has to be a priority for Jones.