Home / Features / Columnists / Cain column: Crafty Boks try to get the best of both worlds

Cain column: Crafty Boks try to get the best of both worlds 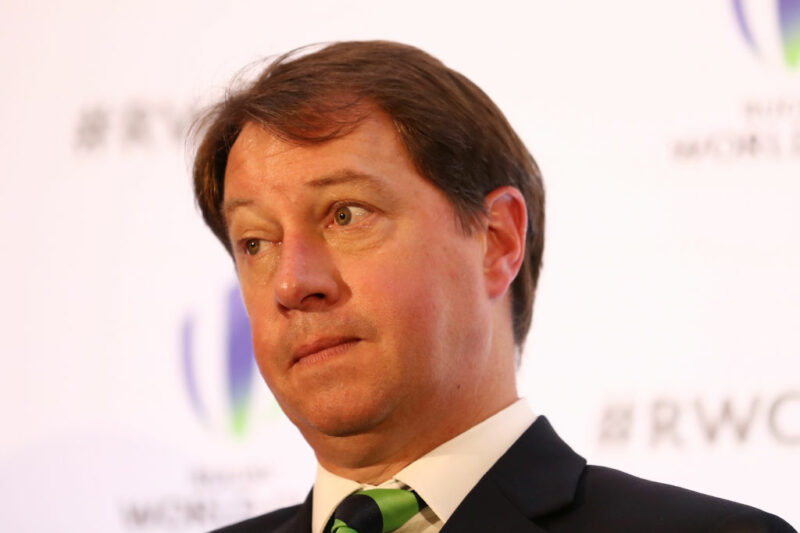 SOUTH Africa are in danger of becoming the invisible world champions, but they have a plan. Or, more accurately, Jurie Roux, the SA Rugby chief executive, has a plan – which is to straddle both hemispheres by having a foot in each.

So far, it has been under wraps, because while Rugby Union has restarted in New Zealand, Australia and Europe, the game in the land of the Springbok has been dormant during the  pandemic, and has yet to resurface.

While New Zealand has had Super Rugby Aotearoa, and Australia Super Rugby AU, the pro game in South Africa has been in stasis, without any domestic competition due to sporting events being suspended by the South African government.

It has led to consternation in South Africa that the Springboks could be at such a massive disadvantage in the Rugby Championship – which is due to be played in November and December in Australia – that they could suffer humiliating defeats which tarnish their reputation as world champions.

Although this could be partially addressed with a condensed version of the Currie Cup being floated in October as rushed preparation for the Championship, many South African rugby luminaries are unconvinced that it is adequate preparation.

This week it prompted the former Springbok No.8 Wynand Claassen, who captained South Africa on their controversial 1981 tour of New Zealand, which saw the country plunged into civil unrest, to call on SA Rugby to pull out of the tournament.

Claassen said: “I believe they should not play in the Championship. It simply doesn’t make any sense to me. If one thinks that New Zealand and Australia have been playing their domestic rugby for the last two months, and our rugby hasn’t even restarted yet, we would definitely be underprepared.”

He added: “What will happen if we again give 50 points away to New Zealand, as in 2016 and 2017? Who will be blamed? We’ve got more to lose by playing in the Championship. We must remember that we are the world champs, the No.1 ranked team in the world, and the Rugby Championship holders.”

Claassen concluded that because of Covid preventing the game from restarting locally the landscape has changed: “SA rugby must take a stand and decide what is in the best interests of the Boks, and their legacy. Yes, money talks, but it’s not all about money. There are many more factors at play.”

However, Roux has the reputation of being a smart political operator, and as the main power broker in South African rugby he is aiming to have the best of both worlds.

Roux wants to do this by keeping the New Zealanders and Australians on-side through South Africa continuing to play in the Rugby Championship, which means shelving their much-mooted shift to the Six Nations.

Roux is desperate to keep South Africa’s annual two Tests against New Zealand, who are their greatest traditional rivals. He and his supporters also point to the success of the southern hemisphere ‘big three’ in dominating the World Cup since its inception 25 years ago, with South Africa and New Zealand both having won the global tournament three times each, and Australia successful twice – set against the sole northern hemisphere victory by England in 2003.

They consider the Rugby Championship to be a higher standard, with the weakest team, Argentina, a level above their Six Nations equivalents, Italy.

However, at the same time Roux also has ambitions for South Africa’s four leading provincial franchises, the Stormers, Bulls, Sharks and Lions to leave Super Rugby behind and to join an expanded Pro16 imminently. This means replacing the existing two current South African franchises in the Celtic competition, the Cheetahs and Southern Kings.

These talks are said to be well-advanced, with the expanded Pro16, which will pitch South Africa’s leading franchises against the likes of Leinster, Munster, Scarlets, Glasgow, Cardiff and Edinburgh, due to start next season (2020-21).

This gives South Africa the opportunity to operate in two television markets, with new access to the bigger, more lucrative European broadcast arena.

There is, however, a significant obstacle to maximising on the European market, because initially this move to the Pro16 is unlikely to include the South African franchises playing in the European Cup – which would preclude them from playing against the leading English and French clubs.

An extra six to nine European matches on top of a substantial Pro16 fixture list could prove untenable logistically, especially with the Springboks top of the SA rugby agenda, as well as plans to restore the Currie Cup to its former domestic prominence.

The potential downside of the new Pro16 format is that if South African franchises win the title, supplanting Leinster, Munster and the other established Celtic sides, the participation of those sides in the European Cup could be devalued because the Pro16 champions are not competing.

An interesting sub-plot is that after 12 years as SA Rugby’s chief executive, Roux is also rumoured to have ambitions to replace Brett Gosper as World Rugby’s next chief executive.

It is believed that his popularity among the main administrators in the Irish, Welsh and Scottish unions, subsequent to the added value he has brought to the Pro16 with the inclusion of the South African franchises, could be significant in supporting any future candidacy. However, Roux’s relations with his New Zealand and Australian partners could be more volatile. This is because South Africa, who have provided 70 per cent of the funding for SANZAAR through their deal with their broadcast partners, SuperSport, will be expecting to reduce their estimated £19m annual contribution substantially now that they are not part of Super Rugby.

This means that the haggling over what they contribute to the Rugby Championship broadcast pot could get heated, especially with the question marks over whether they compete this year.

Roux’s SA Rugby master plan to have a foot in both hemispheres is a bold move – and it is one that will require the balance of a high-wire walker.