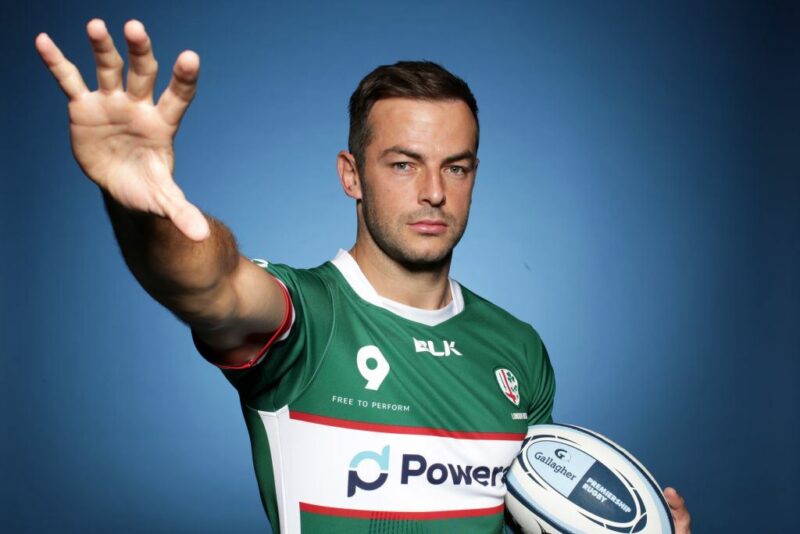 As from next month, Stephen Myler will have outlasted every single one of his fly-half contemporaries in Europe and beyond – the veterans’ veteran.

At 36, the unsung Merseysider will soon find himself out on his own in the ultimate endurance race, a feat so difficult to overestimate that it’s akin to a long-distance club runner superseding the holiest of Olympian trinities, Emil Zatopek, Abebe Bikila and Haile Gebrsalassie, in one fell swoop.

That the longest of goals should be achieved by a No.10 with one of the shortest Test careers of all time makes it all the more worthy. Myler’s marathon has been 17 years in the making and, as a reminder that his race is far from run, he is currently negotiating a close-season of such absurd brevity as to be measured in days rather than months.

After two derby matches at the end of the old season, Myler the Osprey is already training for the new one, starting on October 3.

When the curtain comes down on the English Premiership season a fortnight later, it will also come down on another of long-playing fly- half.

Gareth Steenson deserves to take his final bow at Twickenham on October 17, albeit off the bench in the final few moments of Exeter’s coronation as champions of England. The uncapped Ulsterman will hang up his boots just as Brock James did when the pandemic hit the Top 14 for six six months ago.

They are not the only the senior practitioners to defer to Father Time. Dan Carter, the best of the professional era, is unlikely to play again having failed to make a single appearance for Auckland Blues after Covid-19 had hastened his exit from Japan.

At 38, the All Black superstar has surely come to the end of a very long career, one stretching back to Canterbury in 2002. James and Steenson started theirs in 2004, in Brisbane and Dungannon respectively.

The only player who comes closest to matching Myler, Morne Steyn, was born eleven days before the Englishman in July, 1984. The former Springbok goes back every bit as far but spent almost all that first season in 2003 playing for the Bulls’ U20s in his native Pretoria. Myler went straight in at the deep end at 18, on July 4, 2003, for Widnes Vikings against St. Helens at Knowsley Road in Round 17 of Super League VIII. That year’s Grand Final, Bradford Bulls v Wigan, featured a trio who would play Union for England: Lesley Vainikolo, Andy Farrell and, Shontayne Hape.

Since then, Myler has not merely maintained a rich family tradition but enhanced it, taking the name beyond Widnes to pastures new on the other side of the Rubicon. While Jason Robinson showed that genius knew no boundaries from full-back or wing, Myler, joining Northampton at 21, was required to run the game from its whirling epicentre.

“Playing Super League was all I wanted to do since I was a kid,’’ Myler says. “I’d never played Union and my first chance to explore it came when I was 20. I thought it was too soon but another opportunity presented itself the following year and that spiked my interest.

“My dad had played Union at school and he encouraged me to try it.The more I thought about it, the more I decided it would be something to do sooner than later.

“When Northampton gave me the chance, I went down to have a look around, watched a game and really liked what I saw. I was still a kid when I moved across which made me appreciate the help from the coaches, especially the head coach, Paul Grayson.

“Jason Robinson, Andy Farrell and Henry Paul had played Union at the highest level but I was the first to change codes and play ten which is quite a complex position. My first four games were in the A League.

“I came on at full-back in the first, started on the left wing in the second and played ten in the next two. I remember thinking: ‘Ok, I’ve got this. I’m starting to understand it’.”

Grayson thought so, too, and decided Myler had learnt enough to justify starting the fifth in the Premiership, at the expense of the All Black sorcerer, Carlos Spencer. Over 12 seasons at Franklin’s Gardens, Myler would discover that success came at a price.

His guiding role in the Saints’ extra-time win over Saracens at Twickenham in the 2014 Premiership final ruined the prospect of adding to his solitary appearance for England 12 months earlier, the last 14 minutes against Argentina in Buenos Aires.

The inevitable clash of fixtures meant England headed for New Zealand without him and a truncated tour left Myler little chance of forcing his way into the Test squad in competition with Owen Farrell, Freddie Burns and Danny Cipriani.

His move west to Swansea from London Irish last summer offers the short-changed Osprey fans hope of a better future after a season that could hardly have been any worse. “Potentially, there’s a couple of years still ahead of me,’’ he says. “My thirst for knowledge is as great as it’s ever been.

“I’m proud that I’m still playing and playing in a rugby-mad country and I still have the hunger. Touch wood, I’ve been fairly lucky with injuries and in that respect it helps that I’m not in the engine room getting my head kicked in every few minutes with the forwards.’’

What his great uncle Frank started in the mid-Fifties is still a going concern. That his father, John, and uncle Tony followed suit meant the youngest Myler was born to play for Widnes which he did after a season’s tuition at the St Helens’ academy.

He had three seasons as a Viking, one at Salford, 12 at Northampton, two at London Irish and is gearing up for his first full season as an Osprey which makes it his 19th. And counting.