Posted on 1st September 2020 by admin in Features, Young Gun 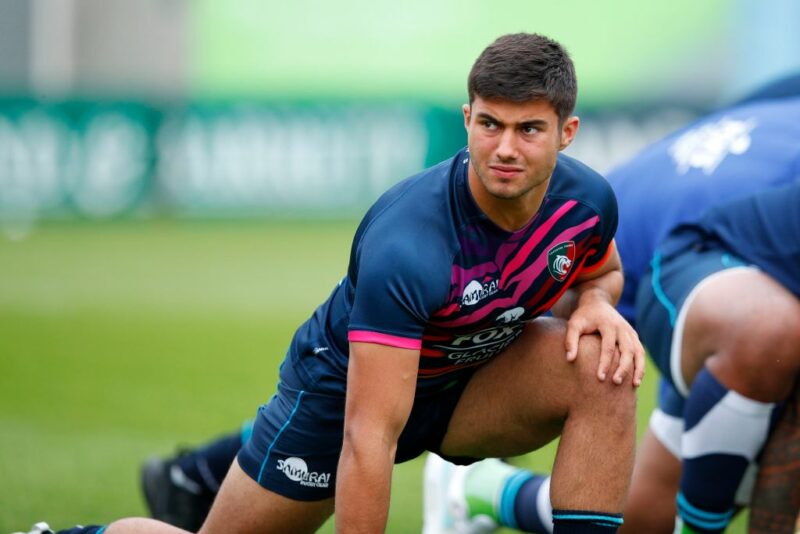 Ireland U20 international Dan Kelly is determined to justify the faith shown in him by Tigers director of rugby Geordan Murphy.

Born and bred in Manchester, Kelly played for Rochdale RFC as a youngster before dabbling in Rugby League with Wigan.

But his true passion lay in the Union code and he believed he might have cracked it when Sale Sharks took him into their academy.

Not so. A surfeit of midfielders at the club meant Kelly was released, so he set off to Loughborough University to take a degree in marketing and management while turning out for their esteemed rugby side as he sought a route back into the pro game.

Less than a year later the call came, with Kelly explaining: “I’d heard people had their eye on me but I tended to forget about it and just concentrated on performing on the pitch, so I was quite surprised when Geordie called to say Tigers were interested.

“I was home in Manchester when an unknown number came through. You pick up and hear, ‘Geordie Murphy, Leicester Tigers’ so it was good to know my hard work paid off.

“The bigger surprise was coming down to the training ground and that’s when it started kicking in that this actually might be going somewhere, so I was pretty made up with the opportunity because I’m someone who has always set individual goals.

“I had them going into the academy at Sale, where I wanted to get into the pro set-up and play U20s with Ireland. I did both of those things and the aim now is to push for the first team as soon as I can at Leicester and be ready for when it comes.”

Despite his initial disappointment at failing to break through at Sale, Kelly, 19 believes it has worked out for the best.

“Sale had a lot of people in their midfield, with loads of young lads coming through, so I moved on,” says Kelly.

“I was pretty gutted at the time thinking that might be that, but it’s actually been a blessing in disguise because I was able to go to Loughborough.

“I’m doing my degree and got some good rugby in, so to get this chance at Tigers now has worked out well.

“I’ll hope to keep playing with Ireland U20s because that’s where my family roots lie, but I was brought to Leicester to get better and the coaches have laid out what they expect, so getting a chance of some game time would be really good.”

Having started as a fly-half and then graduated to No.13, after being an inside centre, Kelly cites fine role models. He added: “With the likes of George Ford and Matt Scott at the club, they’ve played international rugby for a long time.

“They’re helping me out with advice, and another player I look up to is Jonathan Davies. He’s so consistent and everything he does in attack and defence is spot on, so if I can take something from those guys I’ll be going in the right direction.”