Posted on 10th August 2020 by admin in Features, Young Gun 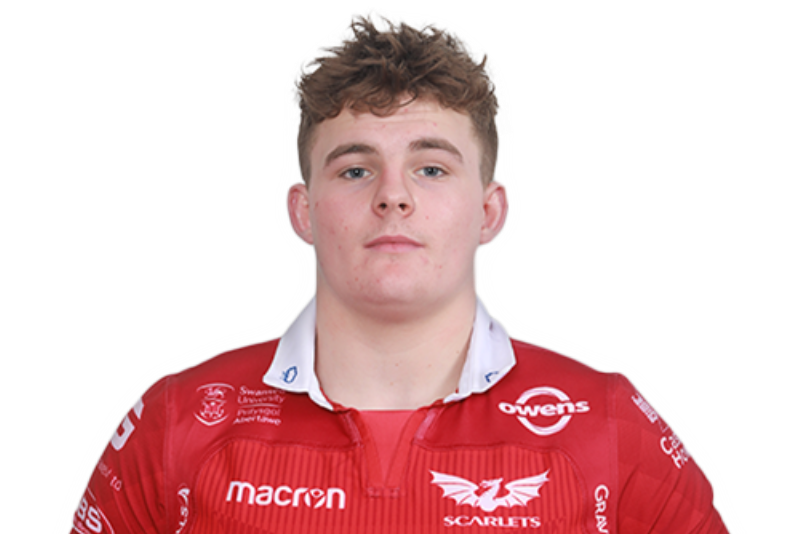 Oxfordshire-bred hooker Morgan MacRae has his heart set on representing Wales after pinning his flag to the Scarlets’ mast following a brief dalliance with Premiership giants Wasps.

Raised in Henley but having emigrated to Dubai with his family at the age of six, MacRae, 19, played his early rugby with the Arabian Knights Rugby Club but returned home four years later to star for Oratory School, Woodcote, where he excelled in many positions before settling on No.2.

Having also been a junior at Henley RFC, Wasps soon came knocking – but, as MacRae explains, when your dad’s first name is Ioan there is only ever going to be one logical winner.

MacRae said: “The whole of my dad’s side is Welsh and my brother, Iwan, went through the Welsh Exiles programme, so I followed him and despite playing for Oxfordshire when I was younger and being in the Wasps academy, an offer from the Scarlets at 16 was too good to pass up.

“It’s enabled me to get closer to the Welsh set-up, which is my end goal overall. Scarlets have more of a spotlight upon them in terms of the Welsh selectors and they watch the majority of their age group games, so I’ve got a far better chance there than I would if I was playing in England.

“Up until now I’ve been travelling there and back quite a lot for U18s games, but later this month I’ll be moving down full-time and will study media and communications at Swansea University from September. Hopefully, I’ll get to work with the senior guys and I’m excited about that.”

With Wales star Ken Owens ruling the roost at Scarlets, MacRae faces a hard road to achieve his dreams. However, the all-action teenager, who once played back row, centre and fly-half before captaining Oratory School from hooker, cites some pretty impressive role models.

MacRae said: “Ken Owens is an incredible all-round player who’s achieved so much, so I look up to him, while Jamie George is another who’s set-piece is spot on and he has a good running game. Beyond that, I’m a big admirer of two New Zealanders in Dane Coles and Codie Taylor.

“Coles was one of the first guys to transition into the modern-day hooker who’s a real all-rounder, and Taylor’s pretty much the same. I pride myself on my running game and being able to do some damage in the outside channels so taking bits from all four of those would be really useful.”

MacRae would not be where he is today without the Welsh Exiles programme – an increasingly productive conduit to the regions for young players living across the Severn.

He added: “I went through the excellent WRU Exiles programme from the age of 11, doing camps in Llandovery initially, and I couldn’t have achieved what I have without it. I’d highly recommend it to any young Welsh-qualified player outside Wales – It’s given me brilliant exposure.

“I’ll just get stuck in when I get to Scarlets now and see how far I can go.”