Cain column: Kiwi knives are out for ‘dud’ Gatland 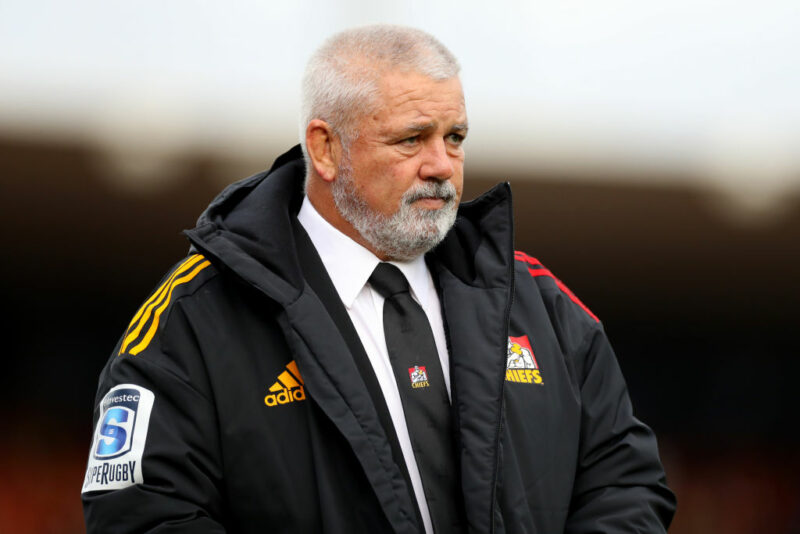 WHEN Warren Gatland hove into Hamilton after the World Cup to coach the Chiefs, his arrival was met with a loud fanfare. The local boy’s exploits in coaching the British & Irish Lions, as well as treble Six Nations Grand Slam-winners Wales, had earned him deserved kudos in his Kiwi homeland.

Initially, the expectations mostly went according to script, with the Waikato-based Super Rugby franchise posting a 4-2 win-loss record before lockdown. However, with the introduction of the domestic Super Rugby Aotearoa tournament after the season restart in New Zealand a month ago – which has seen the five Kiwi franchises pitched against each other in fiercely contested local derbies – it has fallen apart for the Chiefs.

They have lost all four of their matches, two of them at home, and after last week’s defeat by the Hurricanes, Gatland was on the receiving end of a social media mugging.

He became the fall guy, with his coaching credentials pilloried, and the ludicrous accusations of a limited ‘Warrenball’ game-plan wheeled out again. Some even suggested that the Lions – with Gatland due to take a sabbatical from the Chiefs before coaching them on next summer’s tour of South Africa – had appointed ‘a dud’.

The hero to zero stuff was predictable, because many Kiwis consider a former All Black who goes against his heritage to coach a Lions side to a drawn series against New Zealand – as Gatland did with distinction in 2017 – to be a turncoat.

The upshot is they have not wasted any time in sticking the knife into their countryman, especially as the Chiefs now have no chance of winning the Aotearoa tournament.

Fortunately for Gatland he gets a bit of respite, because this is a bye weekend for the Chiefs. However, having been attacked deliberately by sections of the Kiwi media during the 2017 series, when a leading newspaper printed a cartoon of the Lions coach  wearing a clown’s nose, Gatland is likely to have seen the vitriol coming.

Although Gatland does not appear to have many supporters in his homeland, one Kiwi commentator gave the predicament he is in some much-needed perspective by pointing out that the front five of the Chiefs pack he inherited is seriously understrength.

Gatland is not only without the franchise’s star All Black lock Brodie Retallick – who is currently playing in Japan – there are another three New Zealand international forwards missing in props Angus Ta’avao and Atu Moli, hooker Nathan Harris, and a couple more seasoned forwards.

The consequence is that the Chiefs set piece has been suspect, especially at the line-out, where both their young hookers have had an attack of the throwing yips. This has frequently stalled their momentum at crucial moments in matches, but even so the knock-on effects have been surprising given how good New Zealand teams are at damage limitation.

An unforeseen problem for Gatland is that a glittering backline featuring three All Blacks also seems to have got a bad case of the jitters. Nowhere has this been more pronounced than with the Chiefs international half-back partnership of Brad Weber and Aaron Cruden, and their cut-and-thrust counter-attacking full back, Damian McKenzie.

Weber, who is part of the tactical hub as scrum-half and captain, has been in stuttering form, and the same has been true of fly-half Cruden, despite his celebrated 50-cap All Black credentials.

They have been too slow to make the strategic adjustments required with the Chiefs and have succumbed to the pressure – typified when Cruden’s long penalty kick to the corner failed to find touch at the end of last weekend’s loss to the Hurricanes.

The lack of conviction has been contagious, with McKenzie, voted in a national poll last week as New Zealand’s best full-back, frequently running down blind alleys, and also missing pressure goal-kicks.

Despite that litany of errors the Chiefs have hardly been over-run. Each of their games has been hard fought, and all the losses are in single figures bar a 12-point margin against the Blues.

Gatland will be desperate to stop the Chiefs slide before turning his attention to the Lions, and his track record suggests strongly that he will find a way to do it.

However, while some will see the negatives from his rough ride in New Zealand, there is also an upside. Gatland is not given to complacency, but even the most decorated coaches will acknowledge that a reminder of how far and fast you can come unstuck is a great sharpener.

Gatland has been the recipient of glowing plaudits, which have been hard earned and richly merited, following his coaching of the Lions in 2013 and 2017, and Wales from 2008-19, but this reminder that you are only as good as your next result in the pro game is as timely as it gets.

Expect Gatland to be fully primed to rise to the challenge against South Africa.