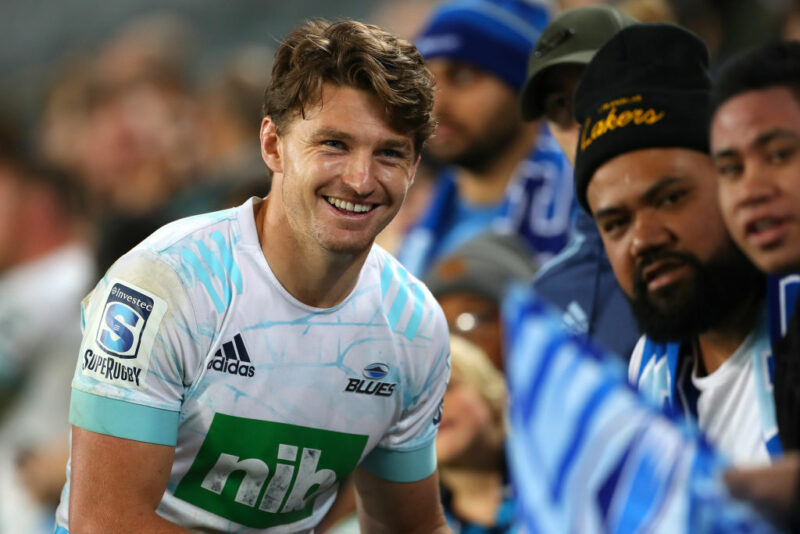 Japanese rugby has once again made the rest of the world sit up and take notice with the announcement that Beauden Barrett will be joining Suntory Sungoliath.

Everywhere else there are unions and clubs wrestling with pay cuts and financial rescue packages to battle against the effects of COVID-19, yet in Japan it seems to be business as usual.

And that means a continuation of their plan to become a major player on the world stage. Signing the world’s best player may merely be the cherry on top of the cream on top of the icing on top of a triple layer chocolate cake, but it makes the whole thing look much more appealing. Barrett isn’t the first big name to join the Japanese rugby revolution. In fact, he will become the sixth World Rugby Player of the Year to play in their league.

Where Schalk Burger (Suntory Sungoliath), Dan Carter (Kobelco Steelers), Brodie Retallick (Kobelco Steelers), Kieran Read (Toyota Verblitz) and myself (Mitsubishi DynaBoars) first trod, now Barrett will follow. It is all part of a well-designed, well-executed and well-funded plan to turn Japanese rugby into a major force on the world stage.

When you look at the quality of coaches – Eddie Jones, John Kirwan, John Plumtree, Jamie Joseph, Tony Brown, Filo Tiatia, Milton Haigh, Johan Ackermann – they have attracted into the national and club set-ups, their fantastic facilities and, most importantly, the backing they get from major corporations, you can see the pieces of the jig-saw fitting together perfectly.

When I went to play there, albeit in the First Division, what really struck me was the way the game was structured.

The rugby played at high school, college and university levels is very competitive and their games are broadcast on TV. They get some really big crowds, 20,000+, for the semi-finals and final of the competitions even at those levels.

Scholarships for players from outside Japan help keep the playing standard high and introduce quality players who can then go on to play for the national side later in their careers. That proved to me that the base of their playing pyramid is well set.

The club game comes much higher up and is getting better and better every year as the standard of coaching, and the introduction of players like Barrett, makes a difference. The exposure to Super Rugby via the Sunwolves has also helped raise the profile.

They are in their fifth season and now have a Japanese coach in Naoya Okubo and 18 Japanese players in their squad. I saw a difference in each one of the three seasons I played out there and we all saw at last year’s World Cup what they are capable of when they get onto the biggest stage of all.

By reaching the knock-out stages for the first time they proved they had built on their victory over South Africa in 2015. I’m not sure how much longer it will take them to go further, but I can see them developing into a major threat to many of the established Tier One nations. The age old cartel needs to be shaken up and that can only be a good thing for the game as a whole.

The major plus for Japanese rugby is the ability they have to harness the financial power of major brands such as Honda, Toshiba, Mitsubishi, Kobe Steel, Sanyo, NEC and NTT Docomo. That has given them the confidence to go out and recruit George Gregan, George Smith, Matt Giteau, Sonny Bill Williams, Jacque Fourie, Fourie du Preez and, more recently, George Kruis and Hadleigh Parkes.

Their buying power is beginning to rival that of the top two professional leagues in France and England. Given the cuts that are coming in the game in the northern hemisphere it might well be that a move to Japan becomes an earlier option in player’s careers, rather than a pension top-up. That appears to be part of the reasoning behind the decision of Wales international Owen Williams to head to NTT Docomo Red Hurricanes along with his former Gloucester team mate Tom Marshall.

When you can earn two or three times the amount you might get in the PRO14 or Premiership why not do it sooner rather than later in your career? Maximising earning potential, and looking after your family, in these difficult times, have to be among the top priorities for any professional sportsman.

It was interesting to see Chris Robshaw announce he is going in a different direction in his career, joining the San Diego Legion in the American Major League. They are probably a decade or more behind the Japanese in developing their professional league, but they should be able to catch-up pretty quickly if they can get the public to buy into the product.

Battling for attention in the most mature and well-organised professional sporting environment in the world, where American Football, basketball, baseball, ice hockey and soccer dominate, is always going to make it difficult for the MLR to establish itself. But there are enough big companies, more than enough athletes at the high schools, colleges and universities to make it work well enough for them to progress.

And from a player’s point of view, the opening up of other professional market places can only be a good thing.

Robshaw gave 16 years of sterling service to Harlequins and was always their talisman. Now he needs to turn his attention to becoming the salesman for rugby in the USA.