Guscott column: Never say never, but I can’t see an exodus to MLR 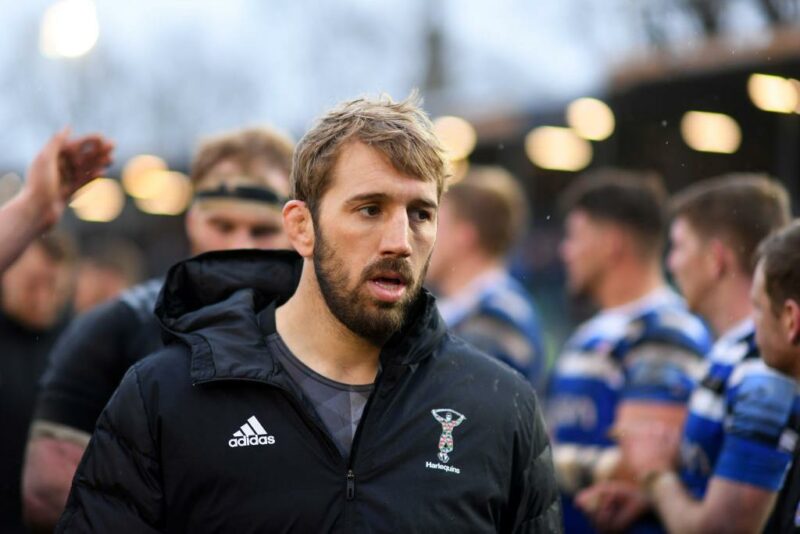 CHRIS Robshaw has picked the right time, at the age of 34, to travel abroad and experience a different rugby culture to that in the Premiership with Harlequins, while at the same time making a contribution to helping club rugby in the USA get on the right path by joining San Diego Legion.

The game is picking up in the USA, with their national Sevens side having done well on the World Sevens series, and getting very good crowds in venues like Las Vegas and San Diego.

The six-month season in the MLR, a nationwide 12-team league split into East and West conferences which runs from February to June, should be ideal for Robshaw, who will also probably have had offers to play in Japan. However, he has mentioned that the USA is a good option because he does not have to learn a different language in order to communicate with team-mates and coaches.

It might also provide the former England and Harlequins captain with opportunities to turn his hand to coaching once he decides to stop playing.

However, Robshaw’s warning that there could be an exodus of players from the top tier in England to the USA and Japan seems to me to be very unlikely.

The idea of players with ambitions of playing for England going to the MLR is about as likely as the Premiership starting to play games in the middle of July.

It would have to be a life-changing deal for someone with an England international career stretching ahead of them, to cross the Atlantic.

The reality is that you go overseas when you can no longer play international rugby, and because you are semi-disenchanted with where you are, and you want to have a bit of an adventure.

Robshaw has done a lot of hard graft to be a pro rugby player, stretching all the way back to when he was a schoolboy at Millfield, and then with Warlingham RFC, before he joined the Harlequins academy. He overcame the challenge of having dyslexia and worked incredibly hard to be a good rugby pro, and he showed leadership qualities despite not having the greatest World Cup in 2015. However, he will travel to the USA with some great memories, including captaining England to an epic win over New Zealand at Twickenham in 2012.

That was one of the best England victories ever – and everyone will wish Chris Robshaw and his wife all the best on their journey to the USA.

It’s probably easier to move if you don’t have school-age children, but it’s still a big call to leave behind your friends and family, and start from scratch.

The good news for the Robshaws is that rugby communities are wonderful environments full of very good people who offer help and support wherever you are in the world.

It will no doubt be strange for Robshaw to run out in front of the much smaller crowds in the MLR, rather than the thousands he became used to when he played for club and country in England, and also not to be recognised in the street. It will enable him to live a totally normal life in San Diego, and enjoy that beautiful part of the world.

If you are lucky enough to get a three-year contract at the end of your Premiership career, then you take it, because in the top leagues in the world very few clubs will give you that sort of deal.

However, what you do when you get to the last few seasons of your career is very much a matter of personal choice.

Take George Kruis, who is looking for a well-paid sabbatical next season when he plays for Panasonic Wild Knights in Japan’s Top League.

Kruis is 30, but because the Japanese Top League season is usually scheduled over four months from the middle of August to the middle of January – with a month break for the November international window – he will have a chance of playing in the 2021 Lions tour. It might mean that the England lock is fresher than a lot of the players in Europe, and Warren Gatland is a coach who thinks out of the box.

Going to Japan may be a bank balance-boosting trip, but if Kruis keeps fit and improves on his skill sets then he has every chance of a second Lions tour – although keeping going at Test level through to the 2023 World Cup will be harder.

The only way that an exodus could happen is if the game in America really takes off, because it is about supply and demand, and if the money is right the supply will come from the rest of the world. You never say never with a giant country like the USA.

In Japan’s case, it all depends on how many overseas players they want in the Top League. A lot of Kiwis and Aussies go there to get experience and good pay, while South Africans go there mainly for the money.

The good thing in both cases is that the international release windows are the same all over the world, although I’m not sure the Japanese club would sign you if you were to leave for every international training call-up.

James Haskell was one of the first European players to go to Japan, and then New Zealand, before coming back and picking up his international career.

You would have to be pretty brave and confident if you had, say, 40 international caps and a Lions tour behind you, but then decided to go to Japan for two years before coming back with the intention of regaining your international career.

I believe it would be a financial journey, rather than a playing voyage of discovery.

For instance, if a 25-year-old English player was offered £2m for two seasons in Japan’s Top League the season after they had played in a World Cup, they could go there and return to the Premiership and still have two years to force their way back into contention for the next World Cup.

Some players might back themselves to bank the money and then come back home and play international rugby again – but it would take lots of confidence.