Posted on 8th June 2020 by admin in Features, Young Gun 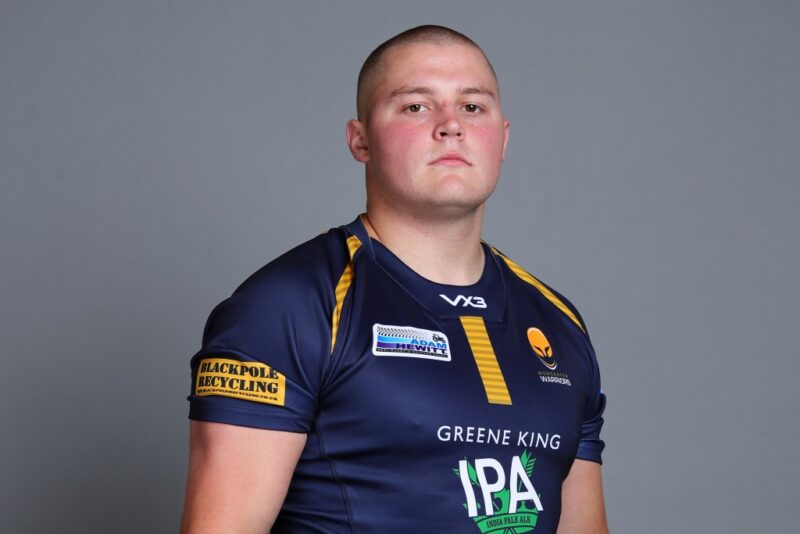 When Lewis Holsey had a tap on the shoulder from Worcester supremo Alan Solomons during training one Tuesday in January, little did he realise the baptism of fire he was about to face.

After overcoming a serious bout of shoulder surgery last year, the former England U18s tyro had been quietly going about his business for the Warriors A team whilst enjoying an introduction to senior men’s rugby with Loughborough Students, but things were about to get serious.

Holsey recalls: “I’d played four games for Loughborough but then Alan pulled me to one side and said, ‘How do you fancy going to London Scottish?’ That was on the Tuesday, by Wednesday I was in London and on the Friday night I was making my Championship debut against Ealing!

“That was pretty amazing to be honest. They named me on the bench and I expected to get about ten minutes at the end, but I got 30 minutes and really enjoyed it. After that I played against Doncaster, Nottingham, Ampthill, Newcastle and Yorkshire Carnegie before the season ended and it was a shock to the system, but it was a brilliant experience I’ll take lots of confidence from.”

Raised in Sheldon, a stone’s throw from Birmingham Airport, Holsey played his junior rugby at Birmingham & Solihull RFC before jetting on to Worcester’s radar as a 13-year old.

He explained: “I played for B&S from the age of six to 16, but at 13 I managed to get into county trials for Greater Birmingham. I didn’t know it at the time but Chim Gale, Worcester’s former academy manager, was watching and I was invited to join the  Worcester development pathway.

“I’ve always been a prop and tried tighthead, but my physique was more suited to loosehead so I’ve settled there. I like getting around the field and you look up to guys like Kyle Sinckler and Ellis Genge, but since getting into men’s rugby it’s been more about doing my primary job.

“I hadn’t played much senior rugby prior to this season so rather than worrying about running around the field, I want to learn my main trade in the scrum. In that respect, you’ve got to admire guys like Joe Marler, Dan Cole and Tadgh Furlong and the professionalism of Cian Healy.

“Those guys have been at the top for many years and attend to the basics of scrummaging superbly, so that’s my first priority and after that I can look to add the other things. When Ellis Genge first came on the scene he was known for elusiveness and explosive carrying, but over the last couple of years he’s become the full package and that’s a great example for me to follow.”

Having made an impact in the Championship, Holsey’s next targets are a first team debut for Worcester and to move up their propping pecking order. He added: “I’d love to get that first team debut but I’m still only 19, which is no age for a prop. I’ve got to be patient and learn.”