Home / Features / Columnists / Williams column: Life with the Lions was just so physical

Williams column: Life with the Lions was just so physical

Posted on 29th May 2020 by admin in Columnists, Features, Shane Williams 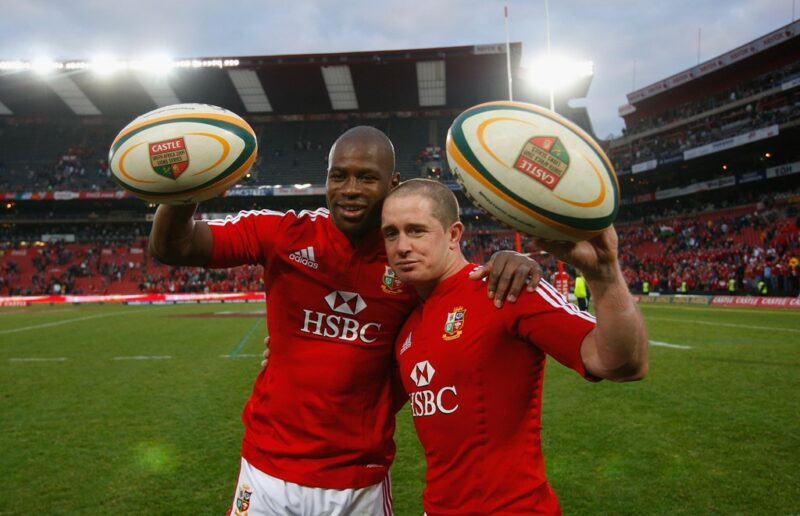 We are living in the age of TV flashbacks as the lockdown continues and everyone craves some form of sporting action. I joined Dwayne Peel, Dafydd Jones and Mefin Davies for a review of the Welsh win over England in 2005 for a show on S4C last week. I also noticed that Sky had a re-run of the British & Irish Lions win over South Africa in the third and final Test from 2009 last weekend.

That got me thinking that we are only a year away from the Lions returning to face the Springboks. They were world champions back in 2009 and they will be once again when battle recommences in 2021. It promises to be another great series.

I was lucky enough to score a couple of tries in that 28-9 win at Ellis Park and it was a great way to end the tour – even if one of the most physical series’ in the history of Lions rugby had already been lost. The rugby on that tour ranked alongside my experiences in New Zealand in 2005 as the hardest I ever had to play.

In every game it was as though there was a target on your back, the opportunity for every provincial and Test player to take a scalp. The last South African tour started on  May 30, 2009 in the rather strange setting of the Royal Bafokeng Stadium in Rustenberg against a Royal XV. We had no idea where we were going or who we were playing and that probably showed in our performance.

We should have won by a country mile, but struggled from start to finish before leaving with a rather unconvincing 37-25 victory. Shaun Edwards slaughtered us in our next training session. In our defence, the game was a rather contrived affair and very much an after-thought for rugby fans as it was played on the same day as the Bulls massacred the Chiefs in the Super Rugby final a mere 80 miles away in Pretoria. Imagine that, the Lions kick off their tour and nobody cares!

Everyone is currently wondering what it is going to be like if professional rugby returns behind closed doors. Well, with a crowd of only 12,352 in a stadium capable of holding 44,500 we all got a taste of playing with little or no atmosphere. It was eerie and not very enjoyable.

That tour wasn’t one of my best. I had played what I still consider to be my best rugby in 2008, but struggled to recapture my form the next year. I didn’t make the team for the first Test, got on to the bench in the second and then got a start in the third and final game of the series. By then the Lions were a patched up side that at least ended on a high with a record equalling win over the Springboks.

It was a very important game for me because I wanted to prove to myself that I was still a good player. Perhaps my size went against me. The selectors went with Ugo Monye, who played the best rugby of his career on that trip, Tommy Bowe and Luke Fitzgerald all picked ahead of me. It just shows that previous form and reputation count for nothing on a Lions tour. You have to turn up and do the business there and then – in training and on the pitch.

Next year’s tour is already shaping up to be a monumental clash. The England and Wales players will all have points to prove having been beaten in the final and semi-finals by the Springboks at last year’s World Cup in Japan. Johnny Sexton and Conor Murray will be looking to lead a big Irish contingent on the trip and the much-improved Scots should have some contenders for the Test team.

Rassie Erasmus turned around the Springboks in dramatic fashion last year and next year’s series against the Lions is bound to be at the top of his agenda after his side’s heroics in Japan. There are so many great players on both sides that it promises to be an unmissable feast of world class rugby.