Posted on 22nd May 2020 by admin in Brendan Gallagher, Columnists, Features 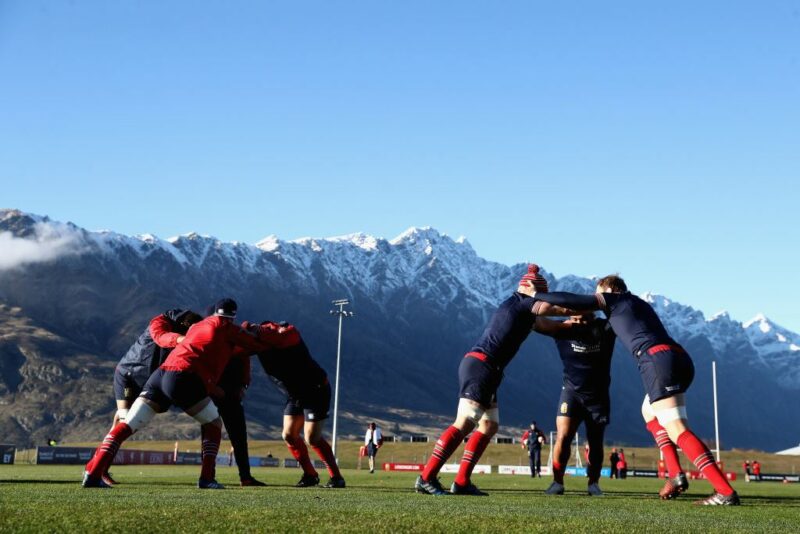 The Rugby Paper’s features writer BRENDAN GALLAGHER continues his Top 20 series by assessing the rugby grounds which make for the perfect fan experience.

Very few would argue this is the world’s most beautiful or scenic rugby ground set amid the southern Alps. A centre for the local clubs but best known as a training centre for touring teams not least England and Ireland at RWC2011. Also an occasional ODI cricket venue for New Zealand.

Even the old Michelin stadium was special with its grand, creaking, wooden stands and long low marquee at one end of the ground where the players served beer for an hour to fans after every home game. But as we started to return, year after year, in the Heineken Cup, every time there would be a new stand in place and then one year it was complete, it suddenly made sense.

A wonderfully compact, beautifully designed purpose-built rugby stadium housing 19,000 of the most partisan supporters on the planet.

Health and safely is banished – you are allowed huge club flags, flares and claxons. It usually kicks off and Clermont rarely lose.

A magnificent, beautiful, historic ground set in a sumptuous part of Cape Town with the setting sun a blazing terracotta red on the mountains behind as you settle in for a big game. Close and intimate, like a football ground but a purpose-built rugby arena. Has staged countless memorable Lions encounters, Currie Cup epics, kicked off the 1995 World Cup with a superb Boks win over Australia and was the scene of Jonah Lomu’s greatest personal triumph when he scored four tries against England later in that tournament.

The old ground was scruffy but atmospheric, historic and beloved – but the new ground is even better. Of course the crowd and the team made old Thomond the citadel it was and contributed so brilliantly to that famous win over the All Blacks and numerous important Heineken Cup victories not least the miracle win over Gloucester. Then came the rebuild and we held our breath to see if the same ambience prevailed. It did, if anything it was even better, right from the off. There have been few more electrify rugby moments that at the official opening v New Zealand in 2008 when the four Kiwis or Islanders in the Munster side stepped forward to offer their own haka challenge to the All Blacks.

Has invariably featured in almost all incoming Lions and All Blacks tours and has often been saved for the last, potentially series-deciding match.

And of course the venue for the 1995 World Cup final, that Mandela moment, and the fly-past by the SA Jumbo Jet.

The stands are high and steep and the capacity seems much more than the officially listed 63,000. Famously has Gents with windows at eye level so you can keep watching matches while completing your call of nature.