Posted on 18th May 2020 by admin in Featured, Features, Young Gun 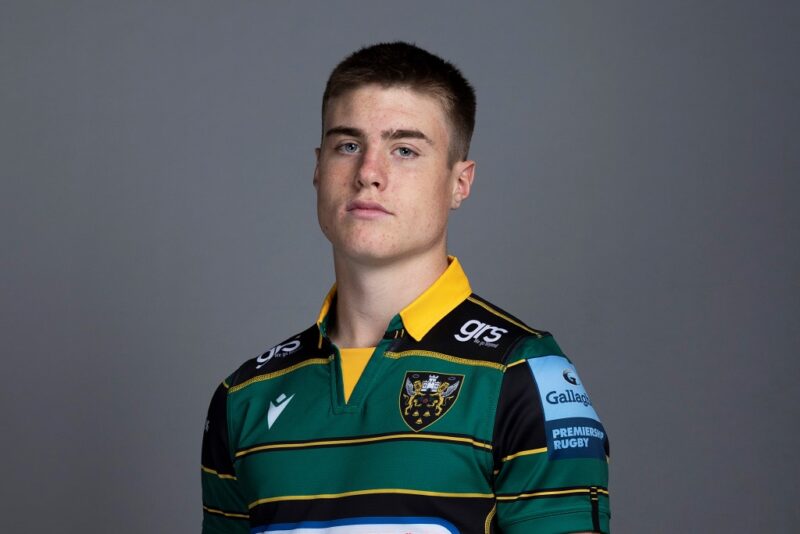 Rejected by Leicester at 16, Tommy Freeman might have been lost to rugby had he not made the bold decision to switch schools and have another crack.

Born in Oxford but having lived a nomadic existence in Suffolk and Norfolk on account of his father being in the RAF, Freeman’s initial chance of playing rugby professionally came at Tigers before he was dismissed in time-honoured fashion for being ‘too small’.

Freeman, now 19, explained: “I went to school in Suffolk, which was in Northampton’s catchment area, but played junior rugby for Wymondham RFC, which was Leicester’s. I trialled with both and got in at Leicester from age 13 to 16, but was released for being too small.

“They said they still wanted to keep their eye on me and suggested I should go to Melton College, but I said no to that and instead went to Moulton College in Northampton, where one of my old school teachers told me I’d have a better chance. It’s the best move I’ve made.

“Saints picked me up in my second year in 2018 and I played pretty much every game for their academy that season before they offered me a contract in February last year. I wasn’t expecting it so it was a great boost and I started training with the first team.”

While full-back competition at Saints is fierce with Ahsee Tuala, Harry Mallinder and recently capped England man George Furbank on the scene, Freeman is undaunted.

“It’s been unreal being in the senior environment,” he says. “It’s very intense but they’re a good bunch of lads to be around and as full-backs we help each other out as a group, so it’s been exciting to see ‘Furbs’ making his England debut and inspiring all of us.

“I don’t have a mentor as such but it’s pretty easy to go to Harry and go through my games with him and ‘Furbs’ is always there for a chat. Sam Vesty’s a great coach to all of us as well and he’s been a big part of George’s development, so I’ll always take his advice.

“The best thing he’s said to me is, ‘every day is a day to get better’ and that’s how I try to take things. Currently I’m working hard on being that first defender when the ball’s kicked and then kicking into the corner myself – I’m trying to be that all-round player.”

Versatility also helps, with Freeman explaining: “Early on through school I was a No.10, and then I played scrum-half, 12 and 13. Eventually I went to full-back and settled there, but having that versatility gives me an appreciation of different positions.”

As for other role models, he adds: “I’m more of a running full-back so I love watching All Black Damian McKenzie. He’s not the biggest guy and his style is probably the closest to me – and then Israel Folau is right up there as well in terms of his catching and running ability.”