Posted on 14th May 2020 by admin in Columnists, Features, Shane Williams 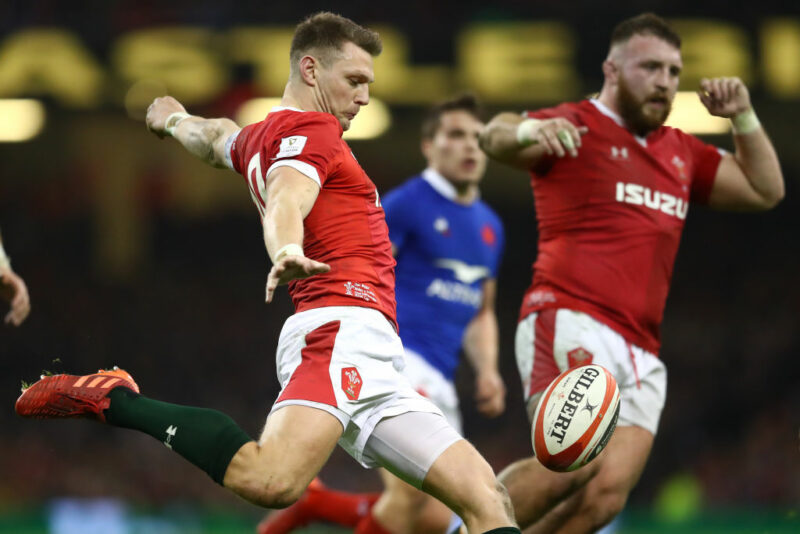 I was really looking forward to seeing the results of the World Rugby law experiment ‘50:22’, but the abandonment of the season has put paid to any meaningful data coming back from this year’s trials.

They were due to use it across the world in Australia’s National Rugby Championship, in Global Rapid Rugby, the America’s Rugby Championship and the Top 12 in Italy. Covid-19 has put paid to that, but I’m sure the trials will lead to it being integrated into the game in the not too distant future. I think it will be a good thing that will change the face of professional rugby.

I know that fellow Rugby Paper columnist Jeremy Guscott has his reservations, and believes the scrum is the thing that needs changing most, but from the perspective of a winger I’m excited to see what extra space it might open up on the field.

World Rugby rationale is to create space by forcing players to drop back out of the defensive line in order to prevent their opponents from kicking for touch.

One thing is certain, it is going to have a massive effect on the work of the back-three in every team and is bound to open up the game. Wings and full-backs will have so much space to cover and as a wing you will no longer be able to front up in the defensive line.

I think there will be less kicking to compete in the air and much more tactical kicking. I think it is going to be exciting and will have coaches and players really thinking about how they exploit the extra space and counter attack from deep.

There is no doubt it will get defences thinking around the half-way line and will add a considerable number of metres to how far players run in a game. It could also lead to a change in body shape and size.

When I was playing I could run as far as 10k in a match where there was a lot of kick chasing. With the 50:22 variation, the amount of distance you will have to cover in the back field could add another 2k to that figure.

Players will have to be fitter and maybe lighter. Back in the day when I had to play against monsters like Salesi Finau or Alesana Tuilagi, I always wanted my kickers to ping the ball over their heads and make them turn, chase and run around as much as possible to wear them out.

Positioning will be vital when you defend against a team on half-way with the new law. The one thing you can never afford to do in the back field is allow the ball to bounce because you never know what it is going to do.

A bouncing ball can make your life a living hell, so it probably means you will have to stand a bit deeper to begin with in order to be able to run onto the ball and not let it go over your head.

You could see a back row forward go into scrum-half and the scrum-half drop into the back field defensive line – or the No.8 could simply pull out of the scrum and take up a centre field position behind the midfield.

Players of the quality of Sergio Parisse, Taulupe Faletau or Louis Picamoles love nothing better than to drop back and carry the ball back at defences, so this could give them and other players a new role.

This law could bring some exciting new possibilities into the game and will definitely have a big impact on the blitz defence.

World Rugby say they want to reduce concussions and injuries by lessening the number of collisions and this might be a way of achieving those goals.

The only downside might be extra kicking for set-pieces and an increase in driving line-out mauls.

That will be a small price to play for opening up extra space that the fleet of foot and mind can exploit.