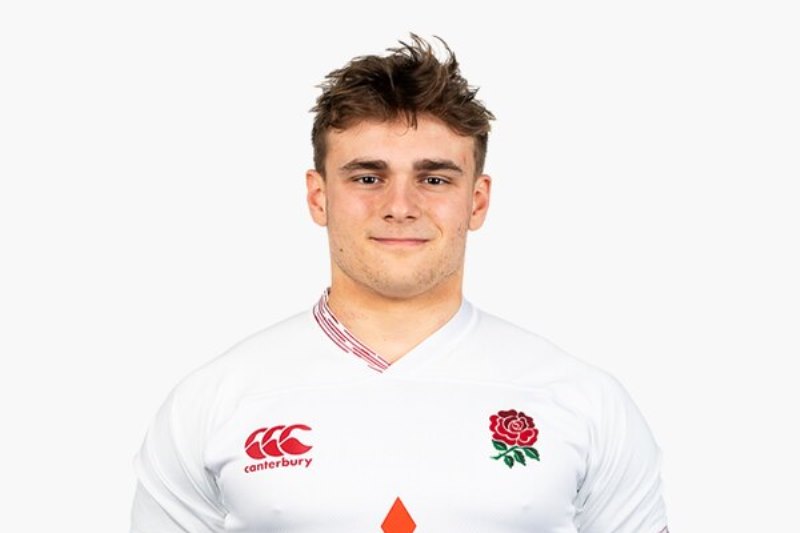 Brought up as a centre/wing while coming through the junior ranks at Blackheath RFC, Theodore Dan imagined he would one day be competing with the likes of Brad Barritt and Sean Maitland for their places when he joined the Saracens academy aged 16.

However, it did not take long for Sarries to recognise that his talents probably lay elsewhere and he soon found himself converted to hooker, a position in which he has flourished on loan at Bishop’s Stortford, earning himself a place in England’s U20s squad.

Sticking around for England’s trip to Myreside this weekend after facing France, Dan explains: “I started off my rugby journey at Blackheath until I got picked up by Saracens. Tim Harmer helped me a lot at Blackheath, coaching me for ten years, and I’d always really seen myself as a centre.

“At county level as a junior, I was physically quite well developed so I was able to get over the gain-line quite easily, but once I got into the Saracens academy, they didn’t think I’d cut it at centre or wing and so they moved me to hooker, which was a surprise.

“Body shape-wise, it hasn’t been too much of a difference apart from getting stronger year-on-year and my style as a hooker is to be fast and mobile so I haven’t put on loads of weight, I’m just trying to learn as much as I can and get plenty of game time.”

At Stortford, Dan has come under the tutelage of former England, Bath and Northampton hooker Andy Long, their rugby director, while at Saracens he is learning from the nation’s best.

“Jamie George is a massive mentor for me and someone I really look up to,” says Dan. “Being a British & Irish Lion and in my eyes the best hooker in the world, he’s obviously the best person to learn off, not just in the set-piece but around the field as well.

“There’s a lot of work that goes unnoticed and he’s been brilliant in telling me about his experiences both at Saracens and his development at my sort of age. He spent time in the National Leagues and, at Stortford, Andy Long’s another great guy to work with.

“Andy’s done everything at club and international level and he’s been invaluable in helping me analyse my game off the field from a hooker’s perspective.”

Although born in England, Dan’s heritage lies in Romania. He explained: “My whole family comes from there and both my parents are 100 per cent Romanian. I’ve got proud Romanian heritage and go there whenever I can, so if for any reason playing for England doesn’t work out for me in future, Romania is my back-up plan and I’d be very proud to do that.”

For now, though, Dan has one target, adding: “It was brilliant getting the England U20s call-up and all eyes are focussed on France this week. After the Six Nations, I’ll go back to Stortford and then hopefully put myself in line for the Junior World Cup.”