Jackson column: Rugby as Wales’ national sport? Not with these crowd numbers! 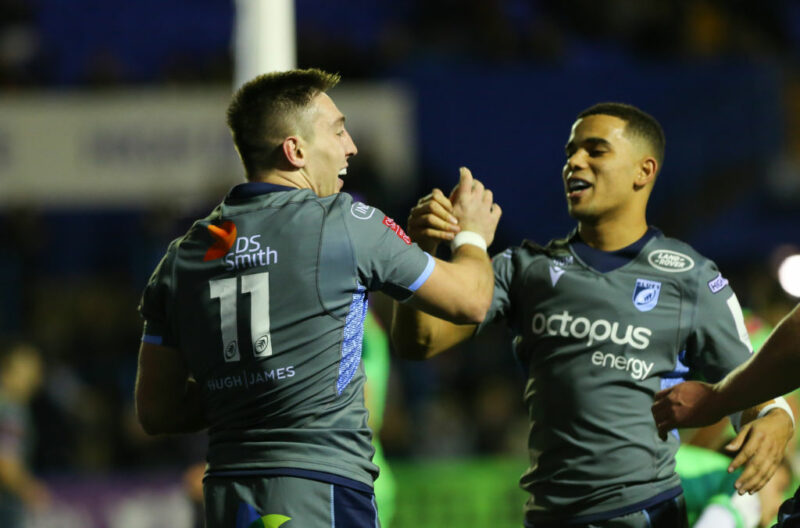 At close of business on Friday, shrinking attendances in the PRO14 confirmed that the Welsh regional teams had joined Jeremy Corbyn in the League of Lost Supporters.

Put together, the average for the four amounted to 20,222, a miserable figure made all the more so when compared to Cardiff City FC’s in the Championship – 22,607. In other words support for Welsh rugby’s four fully professional teams falls more than 2,000 per game short of the country’s capital football club.

Rugby’s status as the national sport of Wales, albeit a largely self-proclaimed one, has become a suitable case for scrutiny by those who run what used to be known as the Trades’ Description Act.

There are, of course, a number of mitigating factors starting with the monstrous impact of the World Cup. More than six weeks after the climactic finish in Yokohama, or in England’s case anti-climactic, its effect continues to wreak havoc with the weekly business of clubs trying to keep afloat, not just in Wales but everywhere else.

At times it seems almost as if the sacred cow of the World Cup has siphoned too much blood out of the club game, not merely by borrowing their superstars for months on end but, in too many cases, returning them in no fit state to resume their day jobs, even after a six-week rest.

All three major European leagues are affected, but the public disconnect seems to have hit the PRO14 more than the Premiership or Top 14. Munster fielding a second XV against Edinburgh rather than tire them out before a European tie dealt their competition a credibility blow.

The so-called Champions’ Cup has suffered from the same issue of too many French and English clubs putting out weakened teams. What kind of a tournament allows one team (North-ampton) to concede 14 tries in home-away ties against Leinster and remain on course to qualify for the last eight?

The Welsh quartet have been losing customers at such a rate that before this weekend not a single home gate had reached even the modest level of 6,500.

The Dragons barely managed to attract half as many over their first three PRO14 fixtures. Ospreys’ switch of their home fixture against Cheetahs from Swansea to Neath coincided with an all-time low of 2,347.

That Wales chose to arrange a money-spinning friendly against the Barbarians in the midst of a PRO14 weekend and draw more than 62,000 to the Principality Stadium raised an awkward question: Is the Welsh Rugby Union trying to kill off at least one of their regional teams?

Reaction to that very question on social media raised issues which the PRO14 ignore at their peril. Some cited the lack of exposure on free-to-air television, a short-sighted policy which has impaired visibility and diluted interest.

In between the usual barrage of criticism from fans disillusioned by what one called a ‘hotch-potch competition’, others pointed accusing fingers at the regions.

“As a Blues season ticket holder, the match-day experience is not good,’’ tweeted Will Stevens. “Often embarrassing half-time entertainment among other problems. Been to Bristol and Gloucester and they’re both much more professional.’’

Another fan, Peter Jenkins, said: “Unfortunately everything in the current Wales set-up is designed for the success of Team Wales, even if it kills off the Team Wales feeder clubs, i.e. the four regions.’’

The festive derby season which kicked off on Saturday continues on Boxing Day with Blues-Dragons at the Arms Park followed by Scarlets-Ospreys at Llanelli. Anything less than two full houses will deal another blow to rugby’s battered status as the country’s national sport.