Cain column: How can Tom Curry miss out on Breakthrough Player award? 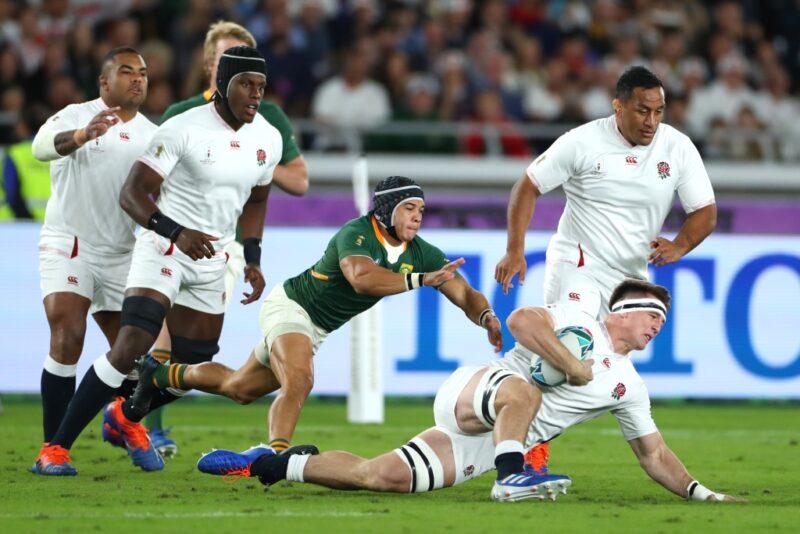 TOM Curry was the Breakthrough Player of the Year in international rugby in 2019 for anyone with open eyes and an open mind. Yet, somehow, World Rugby managed to box themselves into a corner by giving the award to Romain Ntamack, the 20-year-old Toulouse and France fly-half/centre, at the awards ceremony a couple of weeks ago in Tokyo.

This is because Curry, the 21-year-old England and Sale flanker who had a brilliant first full season at international level, and was unquestionably one of the players of the World Cup, was not deemed eligible because he had been nominated as a potential World Rugby Player of the Year.

Despite the top award going to his World Cup-winning South African rival, Pieter-Steph du Toit, it should not have precluded Curry being awarded the breakthrough prize. World Rugby could have simply nominated Curry in both categories.

You cannot help but admire what Ntamack has achieved in helping to rekindle a spark in France, and in his club, Toulouse. He is clearly a highly talented playmaker, irrespective of whether he is wearing the 10, 12 or 13 jersey.

However, Ntamack’s impact at international level this year has not been in the same league as Curry’s. Not only that, but it is hard to believe that if France, or any other nation, had achieved a victory like England’s over holders New Zealand in the World Cup semi-final they would have been absent from the player honours board in the way that Eddie Jones’ Red Rose side was overlooked.

For the record, Ntamack made his debut in France’s opening Six Nations defeat in Paris by Wales, and then came off the bench to replace wing Damian Penaud early in the second half when France were routed 44-8 at Twickenham, against an England side featuring Curry at openside.

Ntamack was then at fly-half for the rest of a campaign which saw France finish fourth in the table with three losses and two wins. It was not exactly a Six Nations highlight reel, and nor can you argue that the young Frenchman took the World Cup by storm.

Ntamack played well in the first half of the Pool clash against Argentina as the starting fly-half, but as the Pumas rallied in the second half he lost his tactical bearings, and his rival, Camille Lopez, came on to kick the drop-goal that clinched the match.

After starting again at 10 in the scruffy win over Tonga, Ntamack was  in the driving seat for the first half of France’s 20-19 quarter-final defeat by Wales, before being forced off injured at half-time.

Early in the first half Ntamack was the instigator in one of the moments of the match with a breakout that resulted in Charles Ollivon’s spectacular try, and when he went off France led 19-10.

However, while Ntamack gave an impressive, is truncated, display against Wales, it did not merit an award by itself – or as a part of what was overall an undistinguished French season.

What distinguishes Curry’s credentials is the sustained excellence of his performances over the year. Although the Sale tyro was capped off the bench on England’s 2017 tour of Argentina as an 18-year-old, and then played in four Tests against South Africa in 2018, there is no debating that his breakthrough year as a Test flanker was 2019.

For a start, he won 14 of his 19 caps in this calendar year, starting with a resounding win over Ireland in the Six Nations – in which England finished second – and then as a permanent fixture in the England side up to the World Cup final against South Africa.

He played every minute of every match in the campaign that took England to the final, and his influence on the team has been greater than that of an army of gnarled Test veterans.

The pairing of Curry and Sam Underhill at flanker transformed England’s ability in the loose, especially in the most influential area of the modern game, the breakdown/ tackle.

The duo outplayed their rivals so comprehensively on consecutive knock-out weekends, eclipsing the likes of David Pocock, Michael Hooper, Kieran Read, Ardie Savea and Sam Cane in the process, that England managed to send Australia and New Zealand packing.

Their speed, highly effective tackle technique, and ability to get over the ball and win turnovers, or turnover penalties, mean England’s Kamikaze Kids were unrivalled at the World Cup – and Curry’s durability and stamina outstripped that of even Underwood as England’s only ever-present forward.

With a better scrum  in the final they might even have swung the match in England’s favour, but from an uprooted platform they faced an uphill struggle against a big, highly effective Springbok back row trio of Siya Kolisi, du Toit  and Duane Vermeulen.

Curry also had to make a significant adjustment during the course of the season by moving from his favoured position at openside to blindside, so  England coach Eddie Jones could use him in tandem with Underhill.

The ease with which Curry made the transition to No.6 was testament to his adaptability and impressive array of skills, typified by the way he became a highly effective line-out option.

If awards are to hold credibility they have to be based on merit, and World Rugby have not done their Breakthrough Player award any favours by failing to reward Tom Curry,  one of the clearest winners of this or any other year.