Williams column: Ospreys would be a move tailor-made for Liam Williams 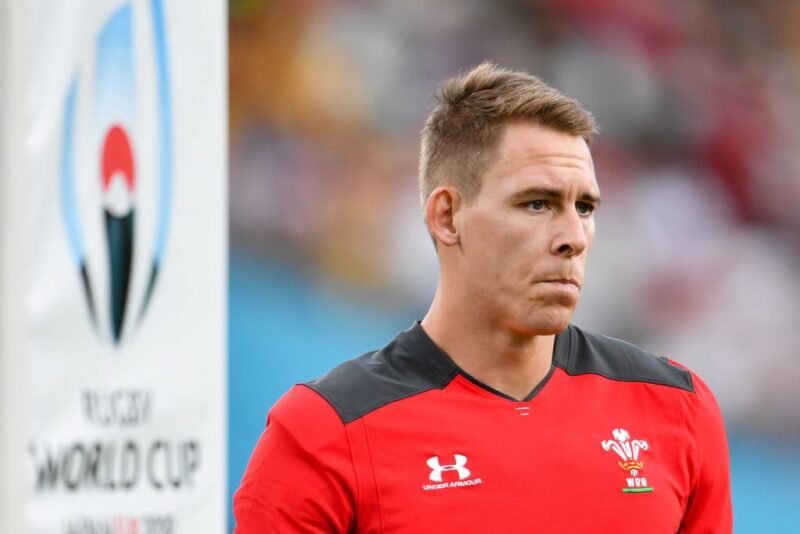 The Saracens salary cap scandal could have a positive outcome on the game in Wales with Liam Williams out of contract at the end of the season.

A player of Liam’s quality will undoubtedly attract offers from some of the biggest clubs around with Toulon reportedly interested in his services.

But I think we should pull out all the stops to bring him back to Welsh rugby. We desperately need more players of his quality playing at the four Welsh regions.

The talk here in Wales is that the Ospreys are leading the chase for his signature but I’m sure the other three regions will be interested as well. If he does sign for the Ospreys then they would have one of the most exciting back-lines in European rugby.

He is one of the most decorated backs in world rugby having won the English Premiership, Champions Cup and the Six Nations Grand Slam last season along with performing well in a strong Wales World Cup campaign.

Unfortunately, Liam’s dream of lifting the Webb Ellis Cup was ruined by injury, but in-coming Wales coach Wayne Pivac and his assistant Stephen Jones can help his game go to another level. I was over the moon when Stephen was announced as Rob Howley’s replacement because he is a real student of the game and one of the most intelligent players I played with or against.

Liam is good enough as it is, but playing under Pivac and Jones could see him let loose from an attacking perspective on the international stage and I for one can’t wait.

The thought of Williams playing in an Ospreys back-line which contains the likes of George North, Owen Watkin, Scott Williams and Gareth Anscombe is mouthwatering. I played in some great Ospreys back-lines with star players such as Mike Phillips, James Hook, Lee Byrne and Tommy Bowe but the above set of backs could easily rival them.

As great as it would be to see Liam at the Ospreys the main thing is he comes back to play in Wales. He would be a tremendous asset to any of the four regions and is exactly the type of player they should be targeting.

And how the Ospreys could do with him when they kick-off their Champions Cup campaign at home to Munster on Saturday. Allen Clarke’s side have been drawn in the pool of death which also includes defending champions Saracens and French giants Racing 92.

Not many people will give the Ospreys any chance of getting out of their pool but there’s always a chance especially when you’ve got world class players such as Alun Wyn Jones, Justin Tipuric and George North.

Their opener against Munster is such a big game. Win and it will not only put them on the front foot in the pool but it will give their squad such a confidence boost. But if they lose they will be up against it and it is much better to travel to Saracens on the back of a win rather than a home loss. You just have to win your home games in Europe and I’m sure they will have targeted Munster as a must win game from the moment the draw was made. It won’t be easy, though, as Munster always grow an extra arm and leg whenever they play in Europe and have made a very strong start to the PRO14.

I’m sure the Cardiff Blues, Dragons and Scarlets would much prefer to be playing in the top tier competition, but the Challenge Cup gives us a genuine chance of a Welsh region winning some silverware. The Scarlets in particular are looking really good this season.

Sometimes when a new coaching team comes in it takes a bit of time to gel and results can suffer. But, apart from one blip up in Edinburgh, Brad Mooar’s transition into the PRO14 has been seamless. The Scarlets have some very talented players and despite being drawn in a tough pool containing London Irish, Toulon and Bayonne I think they have a decent chance of winning the Challenge Cup especially when they get their best players back for the business end of the season.

Cardiff Blues have had a disappointing start to the season but they will be viewing the Challenge Cup as an opportunity to get some momentum back into their season. They’ve had some success in this competition in the past and there’s no reason why they can’t be successful again.

But the Ospreys and the other three Welsh regions will be without the majority of their Wales World Cup stars during the opening rounds of Europe. Although there has been no official confirmation of how long our World Cup stars will be rested, it seems likely most of them will get  at least a month off.

Clearly that’s not ideal for the regions, especially the Ospreys who are in such a daunting European pool. But all the regions will appreciate player welfare has to come first. I played in three World Cup, two British & Irish Lions tours and countless summer tours with Wales.

Each time I wanted to get back playing for the Ospreys as soon as I could. I’m sure if you asked Alun Wyn Jones and Justin Tipuric when they would want to resume playing they’d both have been desperate to play against the Southern Kings yesterday.

These guys have a winning mindset and they all care deeply for their regions. During my playing career whenever I wanted to get back playing early I was stopped by the medical staff.

These days the medical staff employed in professional rugby leave no stone unturned and these boys won’t take the field until they are ready to. It has been a hell of a long season for the likes of Alun Wyn, Tipuric, Ken Owens, George North and Jonathan Davies.

These guys will have been away from their families for six weeks and you also have to consider they were pushed to the absolute limit in two World Cup training camps in Switzerland and Turkey.

As a professional player you have to listen to the medics and take their advice.

There’s plenty of rugby to be played this season and the players deserve some time away from rugby after the efforts they have put into the Wales shirt over the past 18 months.