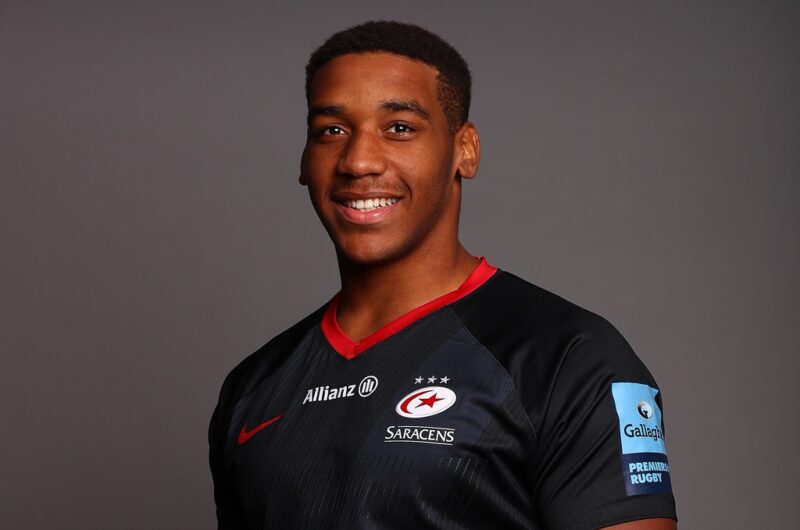 With Maro Itoje, George Kruis, Will Skelton, Nick Isiekwe and twin brother Joel ahead of him in the Saracens second row pecking order, Jon Kpoku might be forgiven for feeling a tad daunted at his prospects of breaking past such star-studded competition.

However, far from being overawed, the determined 20-year-old is soaking up every drop of experience he can get from being on loan at Championship side Ampthill while learning at the shoulder of some of the best locks in the business.

A powerful, athletic second row who initially played Rugby League for the London Skolars before switching to Union after a trial at Saracens Amateurs, Kpoku is appreciative of being exposed to so many top-class mentors at this stage of his career.

Kpoku explained: “This is my second season at Ampthill and last year was really good with winning promotion to the Championship. At the same time, I was involved in the Premiership Shield win with Saracens and it’s a great place to learn my trade.

“Obviously Maro and George are away with England at the moment but to train week-in, week-out with those boys during the season is fantastic. We’ll go through clips together and the stuff they teach me is amazing, so to see them play like they did against New Zealand last week, personally it gives you so much confidence and trust in what they say.

“For them to be passing information down to me is massively helpful and I’ve got great guys to learn from at Ampthill as well. Soane Tonga’uiha, Dave Ward and Aleki Lutui are our three front rowers and two of them have played at World Cups while Dave had over 150 caps for Harlequins, so it’s a major boost having their experience to lean on.”

With former Saracens and England lock Mouritz Botha also now on Ampthill’s coaching staff, Kpoku added: “Having Mo here after what he did at Saracens is massive as well. He’s played for England, coached internationally with Germany and he’s got a wealth of experience, plus the language he uses is familiar and I can learn a lot from him.”

Kpoku’s progress saw him capped twice by England U20s last season, although he was disappointed not to join his brother in the Junior World Cup squad.

“I like to think I was close and it was gutting to miss out on going to Argentina, but it was still a good experience and I gave it my all,” Kpoku said. “Joel and I are very competitive and he’s been to places I haven’t yet, but with him having been involved in England camps and worked with Steve Borthwick, he’s still been able to feed a lot of things back.”

As for short-term goals, Kpoku adds: “Hopefully, I can get a Premiership debut at some stage but the only way is by playing well regularly for Ampthill and Saracens Storm. It’ll take something special to get a first team shirt but I’m willing to do what it takes.”