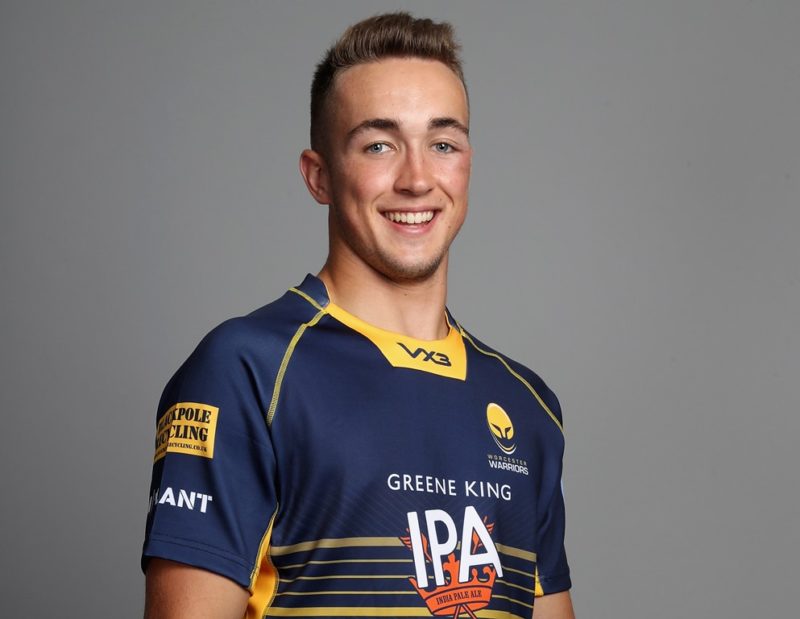 The path from Wales to Worcester is paved with gold – ask Josh Adams – and the latest to try his luck across the border is Luke Scully, a 19-year-old No.10 who came through the talent ID system at the Ospreys before electing to leave home last summer.

Built in the mould of an Owen Farrell or Dan Biggar, whom he cites among his role models, Scully started as an inside-centre playing junior rugby for home town Banwen RFC before assuming the No.10 jersey at the age of 13 while playing for Neath Athletic.

“I came up to Worcester to speak to the academy coaches, Chim Gale and Gordon Ross, and was immediately amazed by the facilities here. Josh Adams obviously went on to do pretty well after joining Worcester earlier in his career and the fact the academy players train with the first team at Sixways was a big attraction as well.

“I could have stayed at the Ospreys but wanted to move away from home. You’re taking yourself out of your comfort zone a bit and once I’d signed, I got a lovely text from Josh telling me how much he’d enjoyed moving away from Wales at a young age. That was very encouraging and his success with Wales is a massive example to me.”

Scully has not been short of mentors at either his current or former club.

He said: “Having Dan Biggar at the Ospreys for two seasons was great and we had a few sessions with him, but James Hook took us for kicking sessions last year as well and he’s one of the most down-to-earth people I’ve ever met. We’d go to academy training at 7pm sometimes and he’d still be there, spending time with us on kicking.

“Since coming to Worcester, I’ve had amazing mentors. Jono Lance is my main one and we’ll watch games together and discuss where I can improve, while Duncan Weir and Jamie Shillcock are great guys to learn off and I’m lucky to have Gordon Ross as my academy coach.

“Gordon was a renowned international No.10 with Scotland and he’s probably still the best kicker at the club, so it’s great for my learning.”

Having played on loan at Hartpury, Scully’s next task is to put pressure on Worcester’s established No.10s to fulfil his early promise.

He added: “It’s full steam ahead and I’ve been working to put some weight on. I’m up to 89kgs now and see myself as more of a controlling No.10 like Owen Farrell and Dan Biggar rather than a running fly-half like Beauden Barrett.

“I’m not the quickest but I’m a decent kicker and I love the contact and tackling side of the game, so that’s how I see myself developing.”