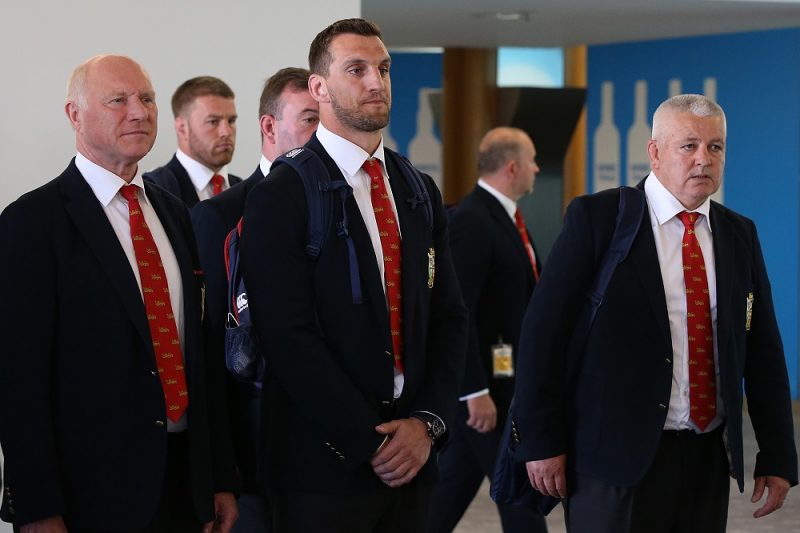 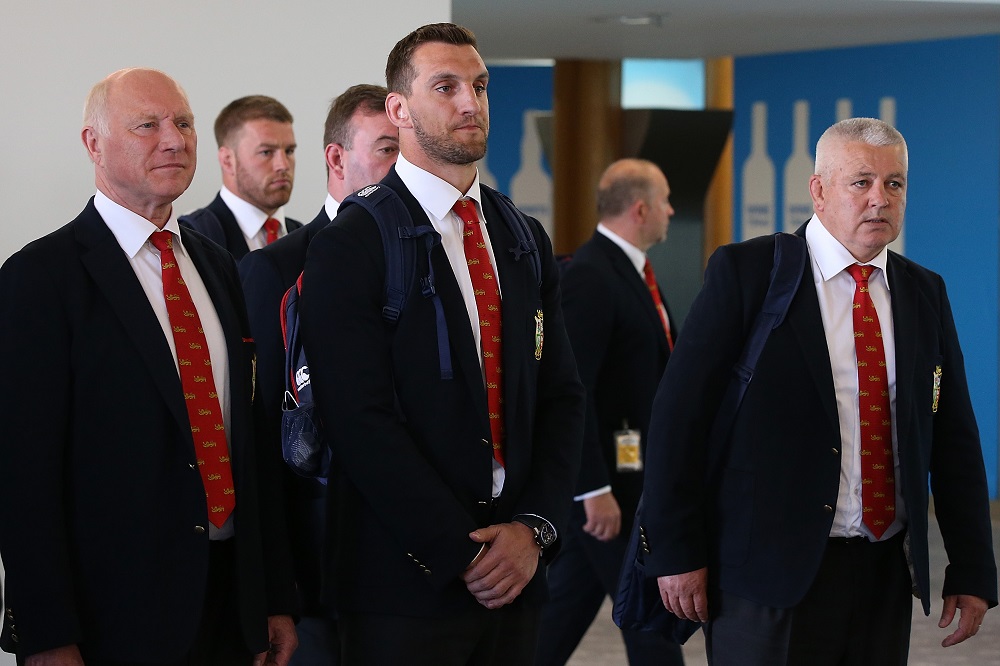 JOHN Spencer launched an unprecedented attack on World Rugby on the eve of the Lions third Test decider against New Zealand, slamming their decision to press ahead with shorter tours. The 2017 Lions tour manager warned that if the truncated Lions schedule tabled recently by World Rugby is not abandoned it will spell the end of one of the most famous institutions in sport.

That Spencer – seen until now as a bastion of the rugby establishment – made such an impassioned, outspoken call before the end of the series against the All Blacks shows the unprecedented depth of anger within the Lions ranks that they have been used as a pawn in World Rugby’s bid to arrive at a global season.

Spencer said that by agreeing with national unions and English Premiership clubs to reduce tours to eight games in five weeks –  rather than sticking with the existing ten games in six weeks format – Rugby Union’s international governing body were creating a situation in which coaches and players would find the demands of future Lions tours untenable.

Spencer said his detailed knowledge of the 2017 tour has convinced him, and head coach Warren Gatland, that the Lions – who are already under huge pressure to be anything close to ready for the first Test under the six week format – would face totally inadequate preparation time.

He stressed that the fall-out would be disastrous for future Lions tours, not least in terms of player welfare. The manager predicted there would be a reluctance on the part of players and coaches to participate in what for more than a century has been seen as the apex achievement for any international coach or player from England, Wales, Ireland and Scotland.

Spencer said that the logistics would mean that being a Lions coach would lose its appeal. “I wonder whether coaches would want to take on a tour that was virtually impossible to win? Whether they would want to put their reputations at stake, because it’s a big job, a huge undertaking. And you’re also looking into the future, wondering whether players would want to go.”

He highlighted that an eight-match schedule was hopelessly flawed because if you gave every player in the squad a start in the first three games to press their Test credentials, the Lions selectors would have only two matches to prepare for the Test series.

“It’s whether they would want to go on that sort of tour, rather than now, when they have that self-belief,” Spencer said. “Would that attitude still stay if the Lions became, not a failure, but became really vulnerable to the politics of the game? Would players still want to do that at the end of a hard season? Would it still have the same ethos?”

Spencer, who is also the England representative on the Lions Board, said that World Rugby chairman Bill Beaumont had allowed the Lions to be jeopardised at the meeting in May to deliberate on a global season in San Francisco despite being a former Lions captain (1980) and manager (2005). 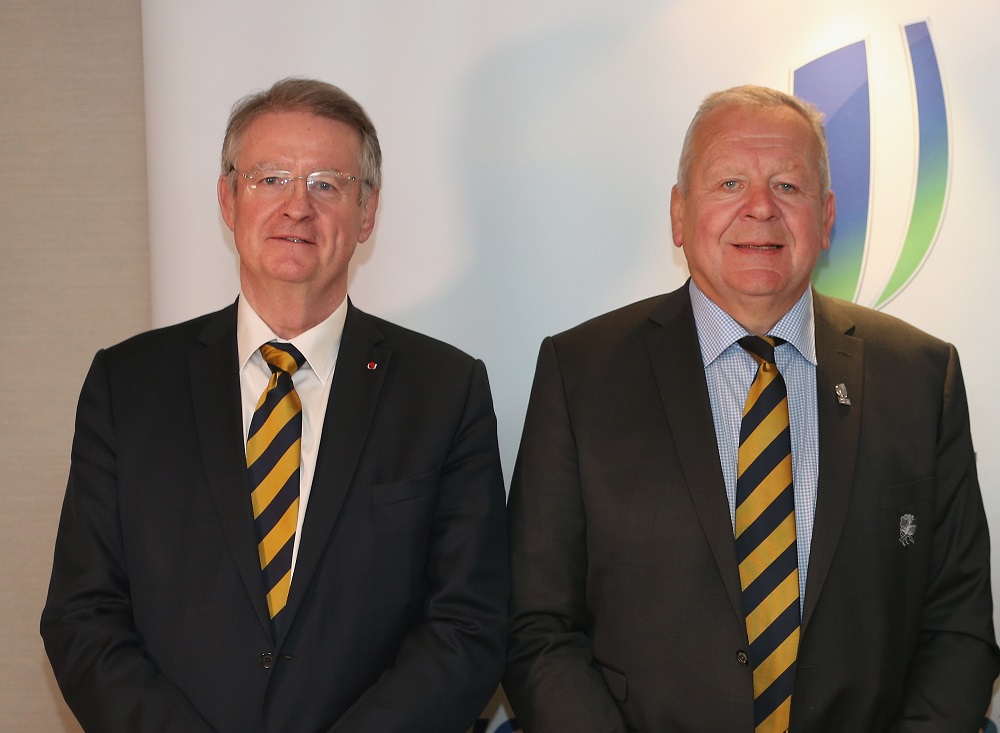 “I have made my feelings quite clear to Bill. I think he’s probably more anxious to reach a settlement of the global calendar problem, which you can understand in his capacity as chairman of World Rugby. You guys have been here (on tour), you understand it – what it means to the players, what it means to this country (New Zealand) – and surely that is more important than using the soft underbelly of the Lions to solve a different problem altogether.”

Spencer suggested that the Lions had been undermined by the inclusion of the chief executives of the four Home Unions on the Lions Board – Ian Ritchie (England), Martyn Phillips (Wales), Phillip Browne (Ireland) and Mark Dodson (Scotland) – who were present at the California meeting.

He pointed out that the chief executive of the English Premiership clubs, Mark McCafferty, was also at the meeting, and that following it the Lions had been presented with an agreement which was tantamount to a fait accompli.

“We have been told that World Rugby have had a meeting, and that the Premiership were represented at that meeting in San Francisco. What I want to know is who was representing the Lions? Because (the Lions chief executive) John Feehan wasn’t invited, and I certainly wasn’t invited. Who was representing the Lions’ interests when this agreement was made? The answer is I don’t know.”

He indicated that he and his fellow Lions Board members Andy Irvine (Scotland), Gareth Davies (Wales), and Tom Grace (Ireland), had been by-passed.

“We have our four Lions who are ex-players and they are directors, and they understand the Lions. But then we have four directors who are the chief executives of the four home countries. There can be a conflict of interest there, because when those chief executives are dealing with the position of their own countries, that might be a very different interest from that of the Lions.”

Spencer added: “If you’ve got chief executives who want to solve the global calendar problem and can see a way through that, that might well take priority to the Lions situation. But it’s my job to try to explain to those directors that the Lions must take precedence…”

Spencer said also that he could see the spectre of Lions tours in which there were no England players if they were not released in time by their clubs. Asked if he could envisage such a tour  he replied: “I can. I would dread the day when it became divisive like that. We have in our VIP party a couple of (Premiership club) owners, Derek Richardson (Wasps) and David Morgan (Harlequins chairman) – these guys understand the Lions.”

Spencer said that a solution to where the Lions sit in the season structure can be found with a little goodwill – but that it is a matter of urgency. “All it needs is a few sensible heads to sit around a table and talk about it. I am sure there are people in the Premiership who understand the Lions and who want it to succeed, just as (others) want their own countries to succeed. But we have to sit down and talk about it pretty quickly.

“Every player is desperate to get on this tour, particularly to New Zealand, where it is the number one sport. To let it fade away just for political reasons would be madness to me – it would be suicide.”

Spencer said the issue of finding an extra two weeks in the global calendar to allow the Lions to survive is all it would take.

“We have to sit down and have some serious conversations with provinces, clubs and unions, and we have to manage this. It is far too valuable to lose it, and surely once every four years we could be given an extra couple of weeks. That couple of weeks could be here, but equally it could be at home where we are not jet-lagged and can train properly. Fixtures being arranged mid-week at home has happened before.” 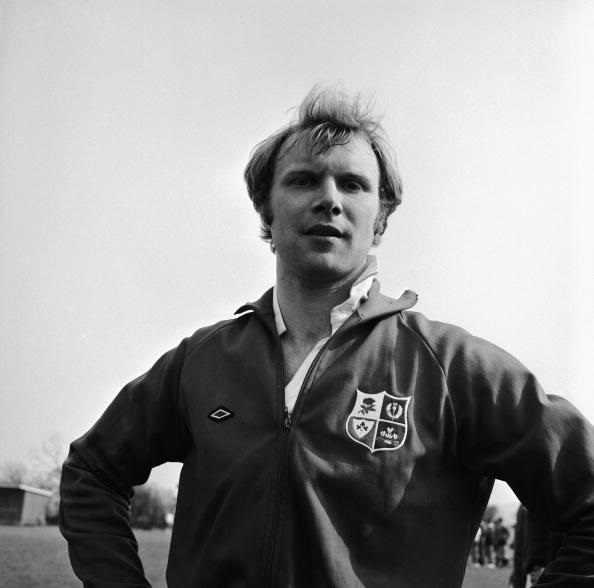 He argued that doing nothing was not an option given serious concerns about player welfare under the current format, let alone the five-week model.

“No coach in any of our countries at any level would have accepted that starting schedule that we had from the final Saturday (of the club season) through to our playing the next week. It was just madness as far as player welfare is concerned. If you are also using those first few games to prepare for a Test, it is not a proper preparation. We just cannot let that happen on a future Lions tour.

“I will be making very strong suggestions – perhaps demands. You know we are putting the players at risk. What would happen if we had a serious injury in the first two matches and guys were tired and not on the ball? There are all sorts of difficulties that could have been caused, but thankfully no-one was injured in those matches.”

However, Spencer acknowledged that player welfare and money were linked inextricably in professional sport – especially where club versus country calls are concerned – and that Rugby Union is no exception.

“How often in rugby do we negotiate on principle and settle on cash? It happens a lot. But the Lions tour is being eaten up at every corner, and this cannot be allowed to happen. I think the attitude of the clubs will be that you take our players every four years and you bring them back broken…”

Spencer argues that it is an attitude that ignores the big gains players make in the Lions environment: “These players have had the intensity of training, which is very smartly arranged…they will go back more valuable and also more importantly, much better players, taking the knowledge of their coaches and team-mates back with them. Leadership is very important too, and they have (gained) so much experience from playing ten away games in the country of the world champions.”

With this tour projected to make up to £17 million (NZ$ 30 million) for the New Zealand Rugby Union, not to mention the massive tourist trade bonanza from hosting 25,000 incoming Lions supporters, the big money question is whether Spencer will have the power to change World Rugby’s plans for the Lions.

When I asked Spencer if he considered World Rugby’s plans for an eight game tour to be fixed he said: “I don’t know if it’s in tablets of stone yet…I think we are being used as a way of resolving some global calendar problems.That is exactly what I mean when I say these guys don’t ‘get’ the Lions. They do not understand the creed of the Lions. To use us as a compromise for other World Rugby political problems is a nonsense.”

The financial implications of losing the Lions have not been lost on Steve Tew, the NZRU’s cash-hungry chief executive. Tew said this week that if there are no more Lions tours then there will be no more Autumn series, with New Zealand and the other main Southern Hemisphere nations refusing to participate.

Tew’s sabre-rattling should help Spencer’s cause, as should the recent statement on the PRA website by their chief executive Damian Hopley that the Lions should be given “the full support they deserve and merit” and that plans to shrink Lions tours should be scrapped.