Posted on 12th July 2017 by admin in Brendan Gallagher, Features 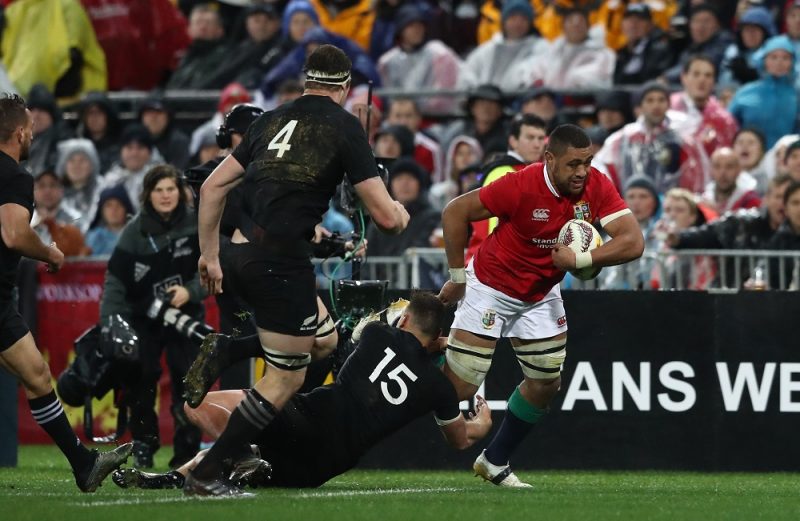 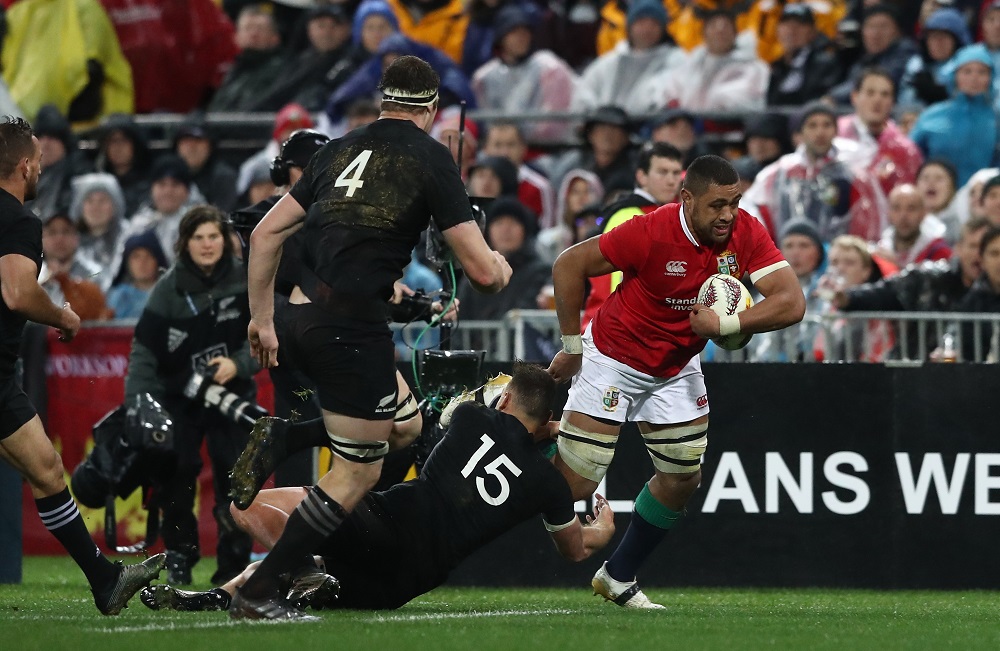 Barely 72 hours off the plane with some of the match day squad admitting to snoozing on the drive to the ground, the Lions made the most sluggish of starts up in Whangarei against a pumped-up team of rugged provincial stalwarts and tyros, many of them looking for Super Rugby contracts. Bryn Gatland, son of the Lions coach, converted a try by Sam Anderson-Heather for the Barbarians but the Lions did just enough, a well-taken try by Anthony Watson being the highlight. A victory that saw the Lions “reach unimaginable levels of mediocrity” according to Gregor Paul in the New Zealand Herald.

Gatland’s take: “We would have preferred to have had a week in the UK with the full squad and a week in New Zealand before the first game. We arrived on Wednesday and we are still recovering from the travel and the guys haven’t got into regular sleep patterns. Perhaps the schedulers need to look at that for future. Some players are still seeing the doctor for sleeping pills to help them sleep.”

Very entertaining fare with the home team, technically the weakest of the New Zealand’s Super Rugby sides, ripping into the tourists from the off in front of a large crowd. Wing sensation Reiko Ioane announced himself to the tourists with a startling early try, smoking Jack Nowell who endured an uncomfortable night in defence.  Sonny Bill Williams scored a second and their winner by Ihaia West was arguably the best try scored against the Lions on tour with a Williams off-load featuring prominently.  The Lions created a few decent chances but their finishing let them down. Deserved Blues win.

Gatland’s take: “The big message is the penalty count. The first two games we have been a bit soft in that area and we have got to tighten up. It was a moment of magic that won the game for the Blues but we have to be better at stopping that off-loading game.”

The Crusaders, who were on a run of 14 straight wins, had many of their All Blacks on call including four of New Zealand’s front five. Unsurprisingly, therefore, it was billed as the fourth Test but a huge performance from the Lions pack enabled them to take a strong grip of the game and win much more easily than the scoreline suggests. Had the Lions accepted a couple of relatively simple try-scoring chances they could have won by 25 points plus. Strong defence, excellent lineout, good scrum – the wise judges in New Zealand started to concede that the 2017 Lions might have something about them. The Lions pack for this game started en masse in the first Test.

Gatland’s take: “We needed that. That was the most important thing, the result. I thought our defence was outstanding, lineout was excellent, set-piece pretty good. We are creating opportunities we just need to finish off those chances.”

Outside, the wintry rain pelted down but inside the House of Pain both sides opted for total rugby and the result was a riot of action. The Lions were disappointed to lose – Elliott Daly’s last-minute 57 metre penalty attempt fell half a metre short – but actually took a lot from the match outscoring the 2015 Super Rugby champions three tries to two. At last they began to find a bit of fluency behind the scrum with tries from Jonathan Joseph, Tommy Seymour and tour skipper Sam Warburton, who came on as a second half replacement. All power to the Highlanders, though, who play an electric bums-on-seats brand of rugby.

Gatland’s take:  “It’s about playing for 80 minutes. We gave away a lineout for their try having cleared our lines. We know we need to be better in those moments. We always said that coming to New Zealand was going to be tough against the Super Rugby sides. They are the best rugby nation in the world.”

A totally dominant performance in wet conditions against a strong Maori XV that confirmed the Lions at the very least had a pack that could inconvenience the All Blacks. The Lions eight on service was the same as against Canterbury save for Maro Itoje who came in for Alun Wyn Jones who was rested. The pinpoint goalkicking of Leigh Halfpenny was very reassuring after an injury scare saw Owen Farrell sit this one out just seven days before the Test with a hip problem. With Stuart Hogg departed injured Halfpenny seemed to have booked a Test start but a week’s a long time on a modern-day Lions tour.

Gatland’s take: “That was pretty good. If you look at territory and possession we dominated things. There were couple of stupid penalties in the first half but we managed the game well and squeezed the life out of them. We are benefitting from the experience of playing the quality of sides we are.”

Rory Best’s midweek team secured a convincing and morale boosting win over the Chiefs in some style but this match proved rather more than the routine prelude to the first Test that many had suggested. So impressive were Liam Williams at full-back – despite Gatland selling the Press a dummy and saying he was being considered as a wing – and so capable did Elliott Daly look on the wing that both were promoted into the Test starting XV on the strength of their

performances. Jack Nowell was also back to his best, banishing the memory of that nightmarish Lions debut against the Blues.

Gatland’s take: “A couple of players put their hands up tonight and I hope we are peaking at the right time. We always felt that we would get better the longer we spent together. We were more clinical, we squeezed them, didn’t concede any tries and played some good rugby, finished off a few chances.”

And so the first Test and a deserved win for New Zealand who scored three tries from their three chances while the Lions managed just one from their five clear cut opportunities. But what a try the latter was from Sean O’Brien, originating ten yards from the Lions’ own try line when Liam Williams decided it was time for a little magic. Elliot Daly and Jonathan Davies carried on the good work before the Irish flanker plunged over. The Lions pack, for whatever reason, weren’t quite firing on all four cylinders and in wet, but far from impossible conditions, Conor Murray probably overdid the box kicks a tad. Closer than the scoreline suggested but New Zealand still clear winners.

Gatland’s take: “No excuses. The All Blacks were very direct, better than us at the breakdown and we missed opportunities – all things we can fix. We created chances and shifted the ball pretty well. They didn’t come out and play champagne rugby, they were very direct off nine. We were looking to get the upper hand up front, but in fairness to them they got it today.”

A sensational try-fest against a Hurricanes side that only knows one way to play and a Lions team that joined in the fun. Tommy Seymour and George North scored the tries for the Lions and Dan Biggar had another strong game but the ’Canes kept coming and were good value for their draw after scoring four tries of their own. One note of controversy came later in the second half when Gatland declined to use his bench – including the ‘Geography Six’ – to replace tiring players having taken criticism on board about how his short term calling up of inferior replacements had perhaps devalued the Lions jersey. Strange decision, they could have earned their spurs and won the game for the Lions.

Gatland’s take: “The penalties we gave away were a bit soft and they allowed them back into it. Iain Henderson did some great things but when he was off the field for ten minutes we conceded 14 points. To me that’s the game in a nutshell.” 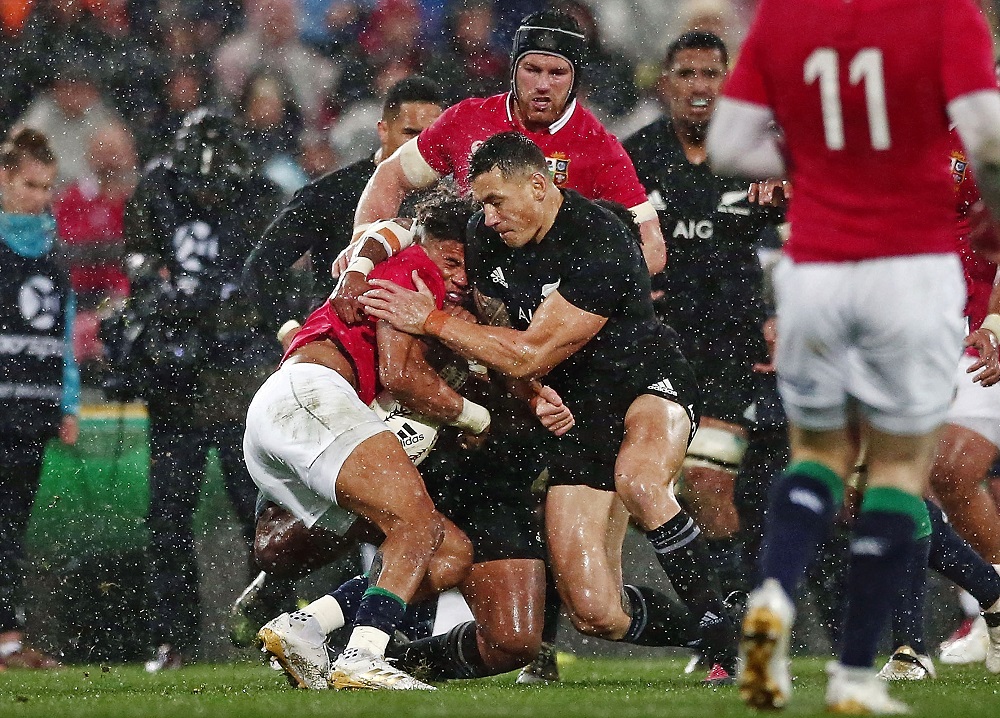 Historic comeback win by the Lions to set up the series decider. Yes, the All Blacks correctly had Sonny Bill Williams sent off in the 25th minute for his shoulder charge on Anthony Watson but for long periods that strangely proved more disruptive to the Lions than New Zealand. The Lions also conceded 13 penalties – seven of them resulting in shots at goal – but eventually they settled and started to play some precise dangerous rugby resulting in fine tries for Taulupe Faletau and Conor Murray, his fourth in eight Tests against New Zealand. The Lions victory ended a run of 47 straight home wins for New Zealand in all Tests.

Gatland’s take: “Even without the red card we were the better team. It’s great to tie the series up and we go to Auckland with everything to play for.  We need to fix the soft penalties and be more accurate with our kicking game.”

A drawn match and series which left both sides with mixed emotions. For large periods New Zealand were in the driver’s seat and although they scored two excellent first half tries through Ngani Laumape and Jordie Barrett it will be the ones that went begging that will haunt them a little. The Lions defence dug in and with Jonathan Davies and Maro Itoje enjoying stand out matches the tourists built their own pressure and the goal kicking of Owen Farrell and a long range effort from Elliot Daly, saw them draw level at 15-15 and survive the late drama when referee Romain Poite downgraded a penalty for accidental offside against Ken Owens to a scrum.

Gatland’s take: “Given the schedule, given how tough the tour was, to come to New Zealand and get a drawn series you’ve got to be proud of that. I thought it was a penalty to us at the end, Kieran Read jumped in and he’s hit the player in the air. In fairness (Sam Warburton) has been able to talk the man in the middle into giving an accidental offside.”