Home / Featured / Bracken column: Ben Spencer must be given his chance against Italy

Bracken column: Ben Spencer must be given his chance against Italy

Posted on 23rd September 2020 by admin in Featured 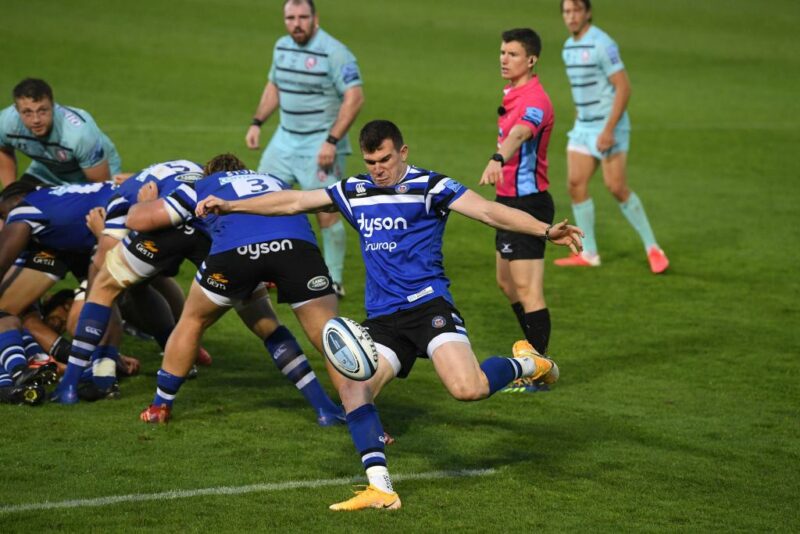 WHAT would I do with scrum-half selection if I was Eddie Jones, with the decisive last round of the 2020 Six Nations at the end of next month and the Eight Nations tournament starting a few weeks after that?

The first point is that I do not believe in sentimental caps for anyone, even if, like Ben Youngs, you are on 99 and there is only one to go to make you a centurion. You are picked on merit and current form – not past form – and you should be the best player to help England win their next match.

That means starting Ben Spencer at scrum-half against Italy in the final match of the Six Nations in Rome, with Dan Robson on the bench.

Spencer has been on fire since joining Bath, and is currently not only the best scrum-half in England, but one of the best in the world, while Robson’s form for Wasps, has also been very impressive.

Ben Youngs is a lovely guy, and as an ex-scrum-half who has coached him, I know that when ex-players are critical it does have an impact – so this pains me. However, I’m here to give an opinion, and mine is that it is time for new blood in the England No.9 shirt.

When I look at the Top 5 English scrum-halves in the Premiership since the 2019 World Cup, Youngs does not get into it. My rankings are: 1 Ben Spencer 2 Dan Robson 3 Danny Care 4= Alex Mitchell and Harry Randall.

To be playing for your country you should be the best – and when he first came on the England scene it was a claim Youngs could make, because he was very good.

I have always had a personal thing with him taking too many steps before he passes because of how it slows down the delivery of the ball to the backs, but when he was making breaks and scoring tries at international level on a regular basis it tipped the scales in his favour.

Now that those breaks are much less frequent, and Youngs’ form for a struggling Leicester side does not give them much of a lift, it is not as easy to overlook. To be first choice for one of the best international teams in the world you have to be playing well.

If you look at De Klerk’s contribution since he joined Sale three years ago they have finished in the lower half of the table (8th in 2018, 7th in 2019), and yet he has been inspirational as a driving force in raising their game in a way that Youngs has not managed for Tigers.

In fact, this season after being such an important figure in South Africa’s World Cup-winning campaign, De Klerk has been a bit more on-and-off – although when he’s been hot, he’s been very hot.

Falling at the final hurdle as England did at the 2019 World Cup is tough, but it also gave head coach Jones a free pass to experiment with new players. However, although he talked about rebuilding the team, and about new faces, and a new impetus, he did not carry it through – especially at scrum-half.

Youngs was not challenged, and now Jones has boxed himself into a corner, because he is not playing very well, and there are lots who are playing better. In my view, there is only so long you can have players picked for England irrelevant of club form.

When I look back on my own international career the competition for places after Clive Woodward got involved with England was brutal. You could have an amazing summer tour, and be playing well for your club, but if you were not at the top of your game at Test level he would have no hesitation in saying, “this time I’m going with Matt Dawson or Andy Gomarsall”.

It was so cut-throat that you really had to be on your mettle. If you didn’t play well, you’d be dropped.

There were only four undroppables in Woodward’s eyes – Martin Johnson, Jonny Wilkinson, Richard Hill and Jason Robinson – and that’s because even their poor games were still very good.

Youngs is not in that class, but Jones has his favourites, and one of the criticisms that can be levelled at him as England coach since 2016 is that there has not been enough healthy competition for places.

It’s not only a Youngs issue. Jones saying that Danny Cipriani has not been picked by England for “rugby reasons” over the last three years does not add up on form grounds.  The same is true of Alex Goode, the current European Player of the Year. It’s a similar story with Danny Care, below. Since he was ditched after the Japan game in 2018, the Quins 9 has been the most consistently effective scrum-half in the Premiership. It may be because of personal reasons, but rugby reasons? I don’t think so.

It is not easy to challenge Jones because he’s got the highest winning ratio as an England coach, but with greater competition for places his team could have won the 2019 World Cup.

When the international season restarts Jones has made it clear that he expects Youngs will still be in the driving seat at scrum-half. That means he will be the starter against Italy, and that if Spencer is on the bench it is quite possible he will not get on.

It also means that if England win in Rome, and possibly win the tournament, we will never know what influence another scrum-half might have had. However, Eddie will have made his statement. ‘I know best’.

One point he made that I agree with is that there is no point in giving away cheap caps – and that makes it all the more important that you introduce players on a graded basis. Yet, in the three years before the World Cup he did not give the likes of Spencer or Robson the chance to make a case.

From England’s perspective, he should test out players properly. At scrum-half that means giving them a sense of ownership, and the chance to shape a game.

It means starting Spencer against Italy, who are the weakest team in the Six Nations, and then giving him two further Eight Nations starts against Georgia and Ireland. You have to give players a proper run in a position like scrum-half, because it is very hard to get one cap off the bench and then wait four months for another.

Jones could put Youngs on the bench against Italy, but then make a new start in the Eight Nations and create competition by again starting Spencer against Georgia and Ireland with Robson on the bench, and then have Robson, second left, take over as starting No.9 against Wales.

That would give the Bath scrum-half three full tests under his belt, and after a further start for Robson, Jones could let form dictate who his first choice scrum-half is – while also guaranteeing a healthy rivalry in which all the candidates understand that only their best will do.

Get fit with Kyran Bracken via kyranbrackenfitness.com to order your herbal life products.