Posted on 19th September 2020 by admin in Featured 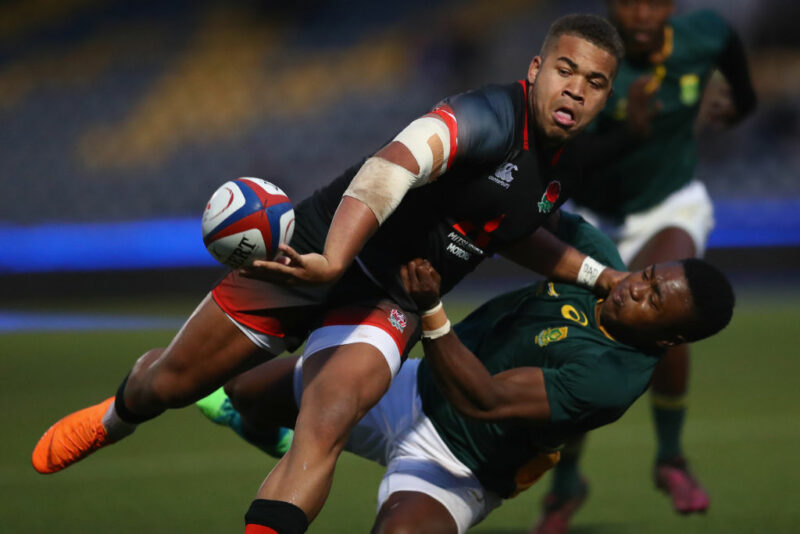 BROMSGROVE School, situated just about halfway between Worcester and Birmingham, have been a constant on the England Schools circuit for over 140 years but their star has rarely shone as brightly as in the last decade.

This is the school that boasts one of the oldest annual schools fixtures in England – they have been playing King Edward’s School, Birmingham every year since 1875 – and it is a rugby establishment that can claim some colourful and distinctive stars from both the distant past and not so very long ago.

There was Willie Mitchell who won seven England caps at full-back in 1890 and 1891 and was ever-present for the Great Britain side – retrospectively called the Lions – that claimed a 3-0 series win over South Africa in 1891.

Then there was their strapping centre John Faull who caused chaos among other schools in the early 50s and one year out of school kicked two monster penalties to earn Swansea a famous 6-6 draw with the All Blacks. Six years later he played in all four Tests for the 1959 Lions in New Zealand as a No.8. Faull was a player and athlete well ahead of his time.

Points machine Andy Goode is an Old Bromsgrovian although he was as well known for his hard-hitting batting while at school, while more recently there has been lock George Robson who went on to great things with Harlequins before finishing his career as a mature student with Oxford University and helping them to victory in the 2018 Varsity match.

Ben Foden was a contemporary of Robson and went on to win 34 England caps and is still doing his stuff in the MLR in the USA while a few years later came prop Matt Mullan who won 17 England caps.

Perhaps one who got away was talented fly-half Ben France who won England schools caps in 1982 while at Bromsgrove but chose to pursue a career as a professional cricketer.

It’s a more than decent role of honour and over the years in excess of 30 old Bromsgrovians have pulled on England shirts at some level or another but in terms of consistency the last seven or eight years will possibly go down as the golden period, at least in terms of titles won.

Like most purple patches for schools around the country many factors came into play – a one-off exceptional year group getting the ball rolling, the arrival of fresh, expert coaching blood, and then the school generally redoubling its already impressive commitment to the sport by upgrading facilities. Bromsgrove have ticked all those boxes.

For them the modern day story really started in 2011 when their prep school, situated next to the senior school, walked off with the Rosslyn Park U13 title in impressive fashion. They were imperious throughout the tournament and outclassed Bedford 27-0 in the final. All that talent would soon be progressing through the senior school.

Then came the appointment later that year of Tony Windo as director of rugby at the school. During a lengthy career Windo first became a cult hero at Gloucester where he made 180 appearances in the front row and then moved up the M5 to Worcester where he made 222 first team appearances before retiring in 2008. Coaching spells  at Worcester and Stourbridge followed before he took the appointment at Bromsgrove.

With Paul Mullan also heavily involved in the coaching, Bromsgrove started taking their game to another level and, after finishing the 2013-14 season with a thumping 52-0 win over old rivals King Edward’s, they hit the following season running. This was their time.

Bromsgrove were on fire winning 18 of their 20 games – only Warwick (13-8) and Monmouth (13-10) could beat them in regular season games – as they marched to the final of the Daily Mail Cup at Twickenham where they faced the seemingly unbeatable Dulwich side who were gunning for their fourth consecutive title.

There is no question that Bromsgrove were the outsiders but they were dangerous opponents nonetheless who had demonstrated just how good they were with an impressive 27-18 win over an exceptional Oundle outfit in the semi-final. They laid down a marker that day but would need to go to another level at Twickenham.

Which is exactly what Bromsgrove did. Windo, with all his experience, knew that Bromsgrove had to match Dulwich up front to stand any realistic chance. Nothing could be achieved without that forward platform and it took a while. Ten minutes into the second half Bromsgrove were trailing 18-13 but the Dulwich pack were tiring and Bromsgrove were relentless. Suddenly there was a sea change and Bromsgrove put their foot on the accelerator to eventually win 30-18.

Luke White was the obvious MOM, running the show from fly-half as Bromsgrove scored three tries on the day through lock Beck Cutting, wing Cooper Bent and replacement Blake Edwards with White kicking the rest of the points with three penalties and three conversions. They had to dig deep at times, especially as they defended their line just 23-18 up with minutes to go. Dulwich were never going to give up their crown without a fight but Edwards’ late try clinched it as Bromsgrove pulled off a remarkable win.

With a starting XV consisting mainly of lower sixth students and indeed two fifth formers, Bromsgrove were always going to be a force the following year  and their 50-24 win over Whitgift in the semi-final was one of the more impressive schools performances in recent years. They blitzed their opponents with 38 unanswered points in the first half.

This time Bromsgrove, captained by Henry Walker, were the highly-fancied favourites to be shot at by an inspired QEGS side who ran them very close before going down 18-10. Cutting, this time at No.8, scored two tries in a hard-fought contest.

Walker went on to win England U18 and U20 caps and play at the 2018 Junior World Cup and is now playing for Gloucester. Cutting also won England honours at those age levels and has recently broken into the Worcester first team squad.

Bromsgrove reached the semi-final in 2017 before falling to Bishop’s Wordsworth and they continue to operate at a high level. Individually nobody has taken the eye more than centre Ollie Lawrence who won England U18 and U20 caps and made his first team debut for Worcester while still at school.

Lawrence has pace, strength and quick feet and a nice range of off-loads. He also is long- range goal kicker a la Elliot Daly so he ticks a lot of boxes and will be one of the new generation of players who Eddie Jones will be hoping can come through and contend for places in the RWC2023 squad.

Then there was a Rosslyn Park Vase title last march when they defeated Rugby 26-5 in the final. In the latter stages of that tournament they had to contend with some quality teams, defeating Seevic College 32-12 and an excellent Oakham outfit 26-21 before the final itself. Like many schools they had designs on the Open title this year but the tournament fell victim to the Covid lockdown. Next year perhaps.