Posted on 11th September 2020 by admin in Featured 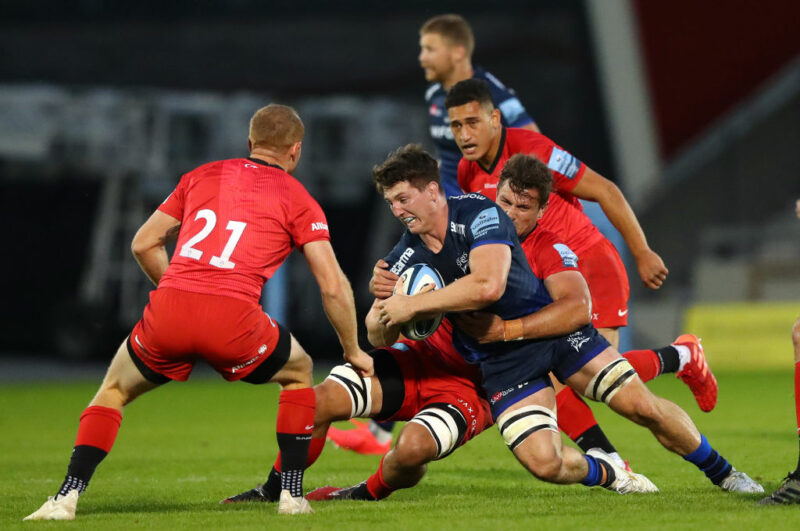 AS a talented young cricketer, Ben Curry used to score his runs slow and steady and that patience is serving him two-fold on the rugby field.

The 22-year-old, a wicket-keeper/batsman for Cheshire club Elworth CC in his teens, often plays a straight bat to questions about his England chances as he looks to emulate twin brother, Tom, and make it into Eddie Jones’ setup.

But given his form since the Premiership restarted, when he has taken on the added responsibility of captaining the Sharks, his director of rugby Steve Diamond feels it is “only a matter of time” before the two pack down alongside each other at Test level.

Curry, though, is prepared to play the waiting game – a quality that he is also displaying at the breakdown.

Discussing his England snub to date, Curry said: “As soon as you start feeling sorry for yourself if you’re not in (the England team), then that’s when you can start getting into a difficult situation.

“If you go into that mindset of ‘I can’t do anything else’, you are taking the power out of your own hands.”

Competing at the breakdown has been taken out of the hands of most of his Sharks team-mates.

After a penalty-strewn start to the restart, Diamond has said that only the two Currys, and hooker Akker van der Merwe, can compete for the opposition ball on the floor. If anyone else gets penalised there, it’s a £50 fine.

“You see a lot of articles about who won ‘the battle of the breakdown’ so when there are three of you, with Akker and Tom, it kind of takes the pressure off and you can make better decisions,” said Curry, who revealed a yellow card is punishable by a £150 fine.

“There’s not that urgency to go in and try and win every single one.

“I don’t think we actually competed at that many at the weekend (in the win against Bristol) but the ones we did, we really slowed down their ball or got the ball back.”

The former England U20 captain turned into something of a bookworm over lockdown, with a preference for anything involving Hercule Poirot.

But he is far better at solving the mysteries of the breakdown than an Agatha Christie murder case.

He said: “We got the referee’s interpretation right against Bristol, and we only gave six penalties away, and only two of those were for not rolling away.

“The big thing referees are talking about is making sure the tackler has rolled away before you go in and compete.

“As a jackaler, though, that’s not really your job. It happens so fast at the breakdown, you can’t be like ‘oh, I’ve got to wait for the tackler to get out of the way and then go in and compete’, you’ve just got to go in and hope the tackler has rolled away.

“A good decision at the breakdown is so subjective, it changes all the time, that’s why you have got to contribute on top of that.”