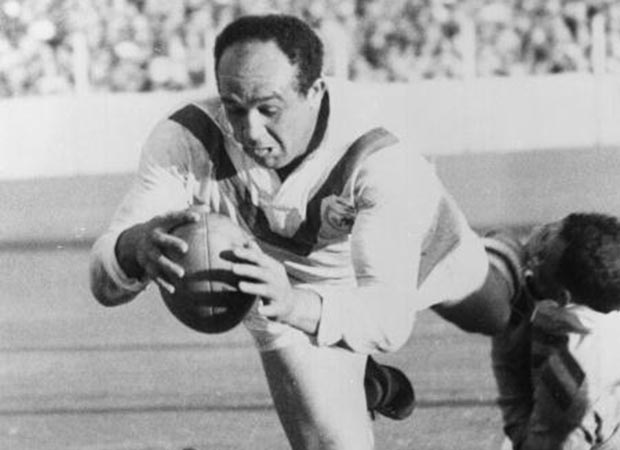 An embryonic superstar lines up with different teams in the months before Wales contrived to lose him at the age of 18. This is as generations of admirers will never have seen him before, a teenage sensation posing alongside team-mates and opponents alike in photographs of some historical significance.

Each is a one-off, marking what ought to have been stepping stones to his taking Cardiff Arms Park by storm for club and country as befitting a boy from Tiger Bay with the world at his feet. Instead the pictures offer a haunting reminder of how Wales failed to provide him with the stage worthy of his exceptional ability.

His ambition, to play for Cardiff at the Arms Park, ought to have been but a matter of time from his success as a 14-year-old centre in the city’s all-conquering schools’ XV, playing outside a fly-half from the same street in dockland Butetown.

While the No.10, Joe Erskine, would become arguably the most stylish of all British heavyweight boxers, his friend and neighbour in Angelina Street did get to play on the Arms Park but never for his home-town team. His performances for the famous dockland club, the CIACS, made him the most talked-about 15 year-old in the game.

How ironic that the greatest British try-scorer of all time on either side of the rugby Rubicon should not have been deemed good enough to represent a club self-styled as ‘The Greatest’.

On September 5, 1951, Boston played for a Cardiff & District team drawn from the city’s junior clubs in what used to be Cardiff RFC’s traditional opening of the season. Dr Jack Matthews, the club’s famously armour-plated Lion, greeted his opposite number with a tackle which broke his collarbone.

That Boston somehow finished the match would have told everyone that he had a heart to match his talent. He duly reappeared in the same fixture on the same first Saturday of the season the following year but that was as good as it got. Before it ended, Boston had made his one and only appearance for Wales, in a youth international against France at Aurillac. He scored the solitary Welsh try, not that it seemed to make a blind bit of difference to those picking the teams at the Arms Park.

Ron Waldron, a tough-as-teak Test prop of the Sixties from Neath who coached Wales 30 years later, played alongside Boston for the Welsh Boys Clubs’ against their English counterparts.  You-know-who marked the occasion with a hat-trick.

“I first met Billy when he was playing for the CIACS and I was playing for Neath Colts,’’ says Waldron, now in his 87th year.  “Cardiff wouldn’t select him because of his colour.  That’s what we were told which was absolutely appalling.  Their attitude is very different now.’’

Cardiff’s report of that 1951-2 season refers to the former England captain, Lord Wakefield of Kendal, performing the ceremonial kick-off to the highlight of their 75th anniversary celebrations, a match against a Lions’ team followed by a dinner for 350 at the City Hall.

Reference is made to six ‘star’ players being badly injured during the course of the season and the young guns shooting for their places.  Boston didn’t exist. Back at the CIACS, other outstanding players of West Indian heritage were getting the message.

The late Johnny Freeman, a wing who would score almost 300 tries for Halifax, was one. “You couldn’t play for Cardiff in those days if you were black,’’ he told me some years ago.  “Nobody ever said as much but that’s the way it was.

“Billy was out of this world when he was playing for the CIACS at 15. Why Cardiff didn’t give him a trial was unbelievable. And that affected the rest of us. I thought: ‘If they ignore Billy, what chance have we got?’”

Boston found an alternative route into senior rugby, at Neath. He played one match, ironically, against Cardiff at the Gnoll. “And we won,’’ says Waldron. “We tried to keep him but that was the only game he played for us.”

His second, and last, club match in Wales took place on Boxing Day 1952, for Pontypridd at Cheltenham. Boston scored his team’s only try, went home to Angelina Street and in no time had joined the Army on National Service, based at Catterick Camp in North Yorkshire.

When they saw him on the wing in various Army teams, Rugby League clubs could hardly believe their eyes. Wigan were fastest out of the traps, offering the Welshman the kind of welcome to Central Park denied him back in Cardiff.

It would cost them twice as much as they bargained for, Mrs Nellie Boston asking that they double their offer to £3,000, more in the hope of getting rid of the Wigan delegation than any realistic expectation of their agreeing the sum.

And so on Friday the 13th of March 1953, the sixth of her eleven children signed on the dotted line. When Wigan chairman Joe Taylor and vice-chairman Billy Gore headed for home, their visit had reduced Boston, still only 18, to tears.

“I cried at what I’d done,” he told me. “I understood that my mother felt she had to keep her word but I knew I would never play for Wales. It turned out to be the best mistake I ever made and I’ve been saying that now for over 50 years.’’

His tries for Wigan – 478 in 488 matches – worked at one for every six pence of the signing-on fee. Some years ago this column suggested that it was high time Cardiff paid due tribute to the city’s supreme black sportsman with a statue in the Bay to match those put up at Wembley and Wigan.

As various talks continue, time ticks remorselessly by. The man himself will be 86 next month.