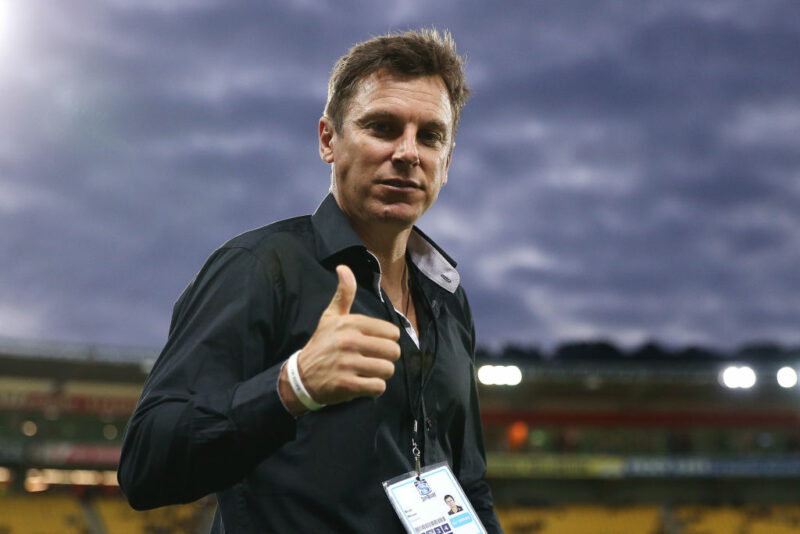 EARLIER this season I headed down to Parc y Scarlets to meet Brad Mooar. Everyone I had spoken to had been hugely impressed by Brad and the work he had done in such a short time in Llanelli, so when we met I was intrigued by what sort of bloke I’d find.

I was blown away.

We sat down in the cafe at Parc y Scarlets and as the players and coaches filtered in for a coffee, they all gave Brad a fist bump. The atmosphere was brilliant and Brad’s aura came across instantly.

As we talked, his rugby values, ethos, approach to a committed style of play and what he wants the culture to be like in Llanelli were immediately obvious.

I needed to keep it professional as we were doing a television interview, but all I could think was that Brad is exactly the sort of coach I would have loved to have played under in my career. After an hour chatting to him, I felt like I’d known him all my life!

All that means it’s a huge blow Brad is likely to leave the Scarlets to return to New Zealand and join the All Blacks under their new head coach Ian Foster.

Brad has only been in Wales for four months. The Scarlets will understand he can’t turn down the All Blacks, but they will still be absolutely devastated. It has put the cat firmly among the pigeons.

The board will not have expected this at all. I’m sure it’s been a surprise to Brad, too.

When I chatted with him, he told me his children had settled into Welsh schools and he loves his new life living in Pontarddulais. All that looks like it will have to change now.

The question is where do the Scarlets go from here? It’s very tricky.

Wayne Pivac’s move to the Wales job was announced well in advance and it gave the Scarlets a long time to go out and get the right man. I thought they did exactly that with Brad.

Now they are back to square one.

The two things to consider here are the amount of compensation and how long Brad could end up staying around. The Scarlets will be due a financial package from the All Blacks if Brad does leave as he is only at the start of a two-year deal and I’m sure the Scarlets will want to maximise that to its fullest.

If and when the move is confirmed, I can see no reason why Brad couldn’t stay till the end of the season as the All Blacks don’t play until July – and that first game is against Wales!

If that happens at least it would give the Scarlets a degree of continuity and time to begin yet another fresh search for a new coach. I’m sure there will be plenty of interest in the role.

What is key for the Scarlets is their style of play. They need a coach who will stick to the principles Wayne introduced and the ones Brad has maintained.

The Llanelli board do like a New Zealander and I’m sure Glenn Delaney will be in the frame. He’s already in the set-up as defence guru and has previous head coach experience at other teams.

Simon Easterby is another who could be an interesting option. I’m not sure what his plans are with Ireland, but would the Scarlets go back to a former employee?

It will take some time before the Scarlets can begin their search, but Tabai Matson, Aaron Mauger and Dwayne Peel should definitely all be under consideration.

I thought Mauger did well at Leicester Tigers and his style of play would be well suited to the Scarlets. The only question is whether he could be tempted from the Highlanders and New Zealand where he is doing so well.

Dwayne, a former Wales team-mate of mine, is impressing with Ulster, and he would obviously be a popular appointment given he is a former Scarlets player.

What is certain is that from what I’ve seen and heard of Brad, he will certainly help improve the All Blacks. That’s a pretty scary thought! Their attack isn’t too bad anyway!

The only sad thing for me is that Brad’s time in Llanelli is going to be a lot shorter than we expected. I do, though, wish him all the best.

As an aspiring coach – particularly in New Zealand – you simply can’t turn down your country.