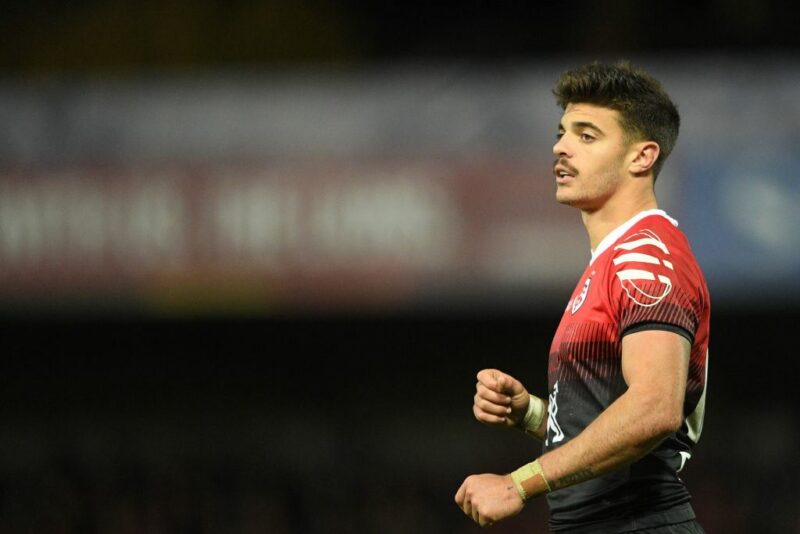 THE European Cup is incredibly competitive since the numbers shrunk, with a free pass to the Italians gone. That means that there is no longer a weak pool which almost guaranteed two quarter-final qualifiers, and there is also not such an obvious ‘pool of death’ because every pool is hard fought.

Another development is that over the last couple of seasons teams have got through to the last eight, despite losing a couple of games, like Glasgow last season – or losing one and drawing one, as Munster did.

It is a full metal jacket competition where you have to work your guts out to win away games, or come away at least with a crucial away bonus point.

While being the best side in your domestic league is great, there is still huge kudos if you become champions of Europe. When the Bath side I played in achieved that in 1998, we recognised immediately that even though being English champions is the essential groundwork to recognition as a great club, being the best in Europe is a great accolade in terms of prestige.

I do not believe it eclipses winning your domestic league, which in England and France are still the foundation prizes, because if a club were to win the European title without winning their domestic league there would always be question marks over their credentials.

Even so, there are some countries, like Ireland, whose clubs really target Europe. Leinster and Munster try to peak for the European Cup, while in France there have been clubs like Toulouse which have dominated domestically and then set their sights on beating everyone else.

In recent seasons Toulouse have been overtaken by Saracens, and to win a domestic and European double like Saracens did last season, as well as in 2016, is a huge achievement.

To do it you need an international quality squad so you can fire on both fronts. Most clubs that have achieved it have done so with a combination of home-grown Test talent bolstered by international quality from the southern hemisphere, with players drawn mainly from South Africa, and countries like Argentina, Fiji, Tonga, Samoa, and Georgia, where international call ups are not as constant.

Looking at this season’s pools the odds are stacked against there being another English winner, especially as Saracens will have to concentrate on the Premiership, pending a potential 35 point deduction, which can only be reduced if their salary cap appeal goes ahead and is successful.

Northampton have regrouped since Jim Mallinder left, and his replacement, Chris Boyd, will want to make a mark in Pool 1. That will not be easy against last year’s beaten finalists, Leinster, who can call on a virtual international squad, and nor will Lyon or Benetton Treviso be pushovers.

However, with someone like Lewis Ludlam coming through, his tenacity is a peg that Boyd can hang his coat on up front. Although Northampton are re-establishing themselves domestically, the European Cup still resonates with their supporters, because it is a trophy they have won.

If the Saints can win their home games against Leinster in round two, and do the same against Lyon in the opening round, and Benetton in round five, they will be in a good position. The only question is whether they are fully committed to Europe, or whether a top six place in the Premiership, or possibly top four, is at the top of their agenda.

There are tough starts away from home in Pool 2 for Exeter and Sale, and based on past form there can be no great expectations.

Exeter have not fulfilled their ambitions in this competition until now, although you would expect that Rob Baxter and his coaches have learned the lessons from previous campaigns, and, that with the talent in this Chiefs squad, they will have enough to get to the knockout stage.

Last year their home draw with Munster in the opening round showed they had not cleared the mental hurdle necessary to progress, so this time they should be ready to make it happen. La Rochelle is a difficult place to go, but if they get a win, or a losing bonus point this weekend, I would expect them to qualify.

You have to love Sale because Steve Diamond produces unpredictable teams. The signing of the three South African Du Preez brothers, should strengthen them, and if they win at Glasgow they will be contenders.

There are also two Premiership clubs in Pool 3. Harlequins will be excited to be back in Europe’s top competition, and Bath will again be hoping to mount a serious challenge – but both will have to contend with a Clermont side fighting to sit on the European throne.

Harlequins have a tidy fly-half in Marcus Smith, but he is still making the transition from the boys’ game to the men’s game, and it can take a bit of time. You get talked-up and then the microscope is on you – and you have to deliver.

Quins have great experience with Danny Care, Chris Robshaw and Mike Brown still in their line-up, and Bath have the same with Will Chudley, Rhys Priestland and Jamie Roberts in their backline – but neither club has a reputation for having an uncompromising front five.

The question for Saracens in Pool 4 is whether they can fight successfully on two fronts with the salary cap proceedings hanging over them. This is a resilient squad which has become prolific winners, and while that might have resulted in jealousy and resentment from other Premiership clubs, they might be able to make it work in their favour.

The success of the Bath team in my era meant that lots of our opponents didn’t like us, and it brought us together even more. It can breed a real sense of us against the world, and a desire to overcome the odds.

It is not the fault of the Saracens players that they are in this position, but their job as pro players is to do the best they can, starting against a star-studded Racing 92 team in Paris.

Saracens are the reigning champions, and have built an identity of being a side of winners – but those credentials will be tested to the limit by Racing in their new stadium. Saracens know that once French team gets momentum, it is hard to stop. It’s like being caught in a riptide and fighting to get to the surface to get some air.

We will find out how good this Saracens side is without their England internationals. My feeling is they will still be competitive – however, it is a difficult start against Racing, and with Munster to come in the double-header, it is a huge test of squad strength.

However, if Racing fly-half Finn Russell launches attack after attack it might fall into Saracens hands, because they defend so effectively.

Gloucester are also mainly an attacking side, especially with Danny Cipriani at fly-half, but in Pool 6 they are pitted against a Toulouse side which is getting back to its best.

While I like coach Johan Ackermann’s attitude of Gloucester going hard and narrow up front before attacking out wide, they could struggle against the Toulouse and Montpellier packs.

French clubs travel better than they used to, and Toulouse in particular. With young half-backs Antoine Dupont and Romain Ntamack getting into their stride, Toulouse are my favourites to win the tournament.

Montpellier will be difficult at home, but you do not know whether their agenda will be domestic or European. They have a good coaching staff, headed by Vern Cotter, but we will know more after today’s game away at Connacht.

Overall, I don’t think Europe will register as a priority with Saracens until they are way past Premiership relegation concerns, and it would be a brave prediction to say that Exeter, or Bath, or any of the other English qualifiers, will win the title ahead of clubs with the European pedigree of Toulouse, Leinster, Clermont and Munster.