Guscott column: Eddie Jones has to stay for four more years or go 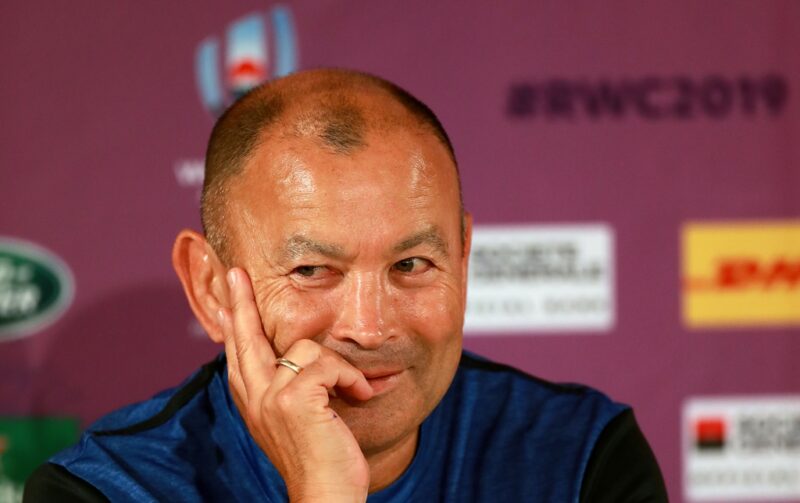 Big matches are tough for a reason – they are so intense and full of pressure and that’s when you have to produce your best performance. England had done that until this final 80 minutes of asking.

The quarter-final was well prepared and executed as was the semi-final, but the final just didn’t happen for England.

Matches like this swing on big momentum changes and whereas most went England’s way in the semi-final, that wasn’t the case in the final.

Against New Zealand a big shift was after they conceded a try from the error at the lineout, a few minutes later they got themselves into a position to win a penalty to stem the All Black flow.

However, one of the big defining moments yesterday was during the lead up to the penalty that made the score 6-6. England went through 20-odd phases, and just under three minutes of continuous play, when South Africa held firm in defence preventing a try. That was huge. If England had scored there and converted, they would have gone ahead and maybe found momentum and confidence to continue where they left off against New Zealand.

It was an opportunity missed and knowing how to score when in those game-changing situations is the next adaption for this side. It was compounded by small errors, such as from the restart when the mistimed lift on Maro Itoje let the ball go beyond him to Tom Curry and there was a knock-on. From the resulting scrum, South Africa won a penalty which they knocked over. Those sorts of shifts hurt unless you counter and England didn’t have a response to that.

They found it hard to get positive energy without so many of those big hits from last weekend to send the South Africans backwards. They just didn’t win enough of the collisions.

It was a slightly different Boks display in attack to what we had seen previously in so much as they put the ball through the hands rather than kick it every time, but the defence was the same. It was brutal and England didn’t have an answer to that brutality which is essentially where they lost it, and with it their grip on the trophy.

I’ve been in their shoes. I’ve been part of a side that lost a World Cup final and from that hurt we went on to win a Grand Slam and be very competitive for the next four years to get to the next semi-final.

How the next few years pan out could depend on whether Eddie Jones continues to the next World Cup or not. He has been given a two-year extension to his contract until 2021 and I would like to see that extended further to go through until 2023 because I’m not a great believer in transition. You work with what is there and if Eddie is only continuing for two more years it leaves the next head coach only two years to get it working how they would like.

I think Eddie either goes through to the next World Cup or get someone new – four years or nothing.

Eddie got his strategy right for this tournament. People might question if it was right to go with George Ford and Owen Farrell, or whether he changed it too late, but I don’t think that’s the case, nor do I think that South Africa exploited the Ford channel or exposed his defence any more than the other players in terms of losing collisions.

The Ford-Farrell axis just didn’t get any momentum due to the brutality of the Bok defence.

When Rassie Erasmus took over he understood the strength of South African play. It’s simple, and when it’s incredibly well executed and produces tries like they did yesterday it’s applauded. When it’s like the semi-final against Wales it’s not so well liked, but ultimately we are in this to win and that’s what they’ve achieved.

Like Erasmus, I think Eddie got as much as he possibly could out of his squad. It is a relatively young side with an average age of 27 and even those aged 28 such Owen Farrell, Manu Tuilagi and Mako Vunipola are probably young enough to keep improving.

Some players won’t put on the jersey again as there will be the inevitable changing of the guard, but there’s a good nucleus of players for Eddie or the next coach to blend new and old and that’s what you want in terms of continuation – and Farrell has been good as captain. He is such an influential player it’s hard to think of anyone else as captain.

The challenge now is to find that All Blacks consistency, which every side struggles to find. England discovered a level of performance that was off the chart against them last week and they have to find a way to play like that all the time. We saw it against Ireland in Dublin in the opening game of the Six Nations, a glimpse of it in the warm-up game against them at Twickenham, parts of it against Australia in the quarter-final and then all of it and more against New Zealand. But then there was no answer to South Africa’s physicality.

An all-court team like Clive Woodward’s side in 2003, which most of us thought this England side was after last week’s victory, would have found a way to beat that brutality. Maybe if there were fewer errors there would have been a way to do it but I can’t be certain because England just couldn’t nullify that power and lessen the collisions to frustrate them.

On the World Cup as a whole, I thought England were magnificent. Going into the tournament I wasn’t convinced they were going to win it but the longer it went on the more optimism I had. Having been average overall in the Six Nations, the progression through this tournament was impressive until this last 80 minutes.

So many players played well. Up until the final, both half-backs Ben Youngs and Ford were dominant in their performances while in the pack, Itoje continues to be world class, Courtney Lawes, Sam Underhill and Tom Curry were superb and Jamie George has established himself as the No.1 hooker. Kyle Sinckler was brilliant and Mako was an unsung hero for me when you look at the amount of work he does.

The squad gave everything and while they won’t feel it right now, they should feel pleased with themselves because they did their country proud.