Gallagher column: So troubling to see Devin Toner replaced by a mercenary 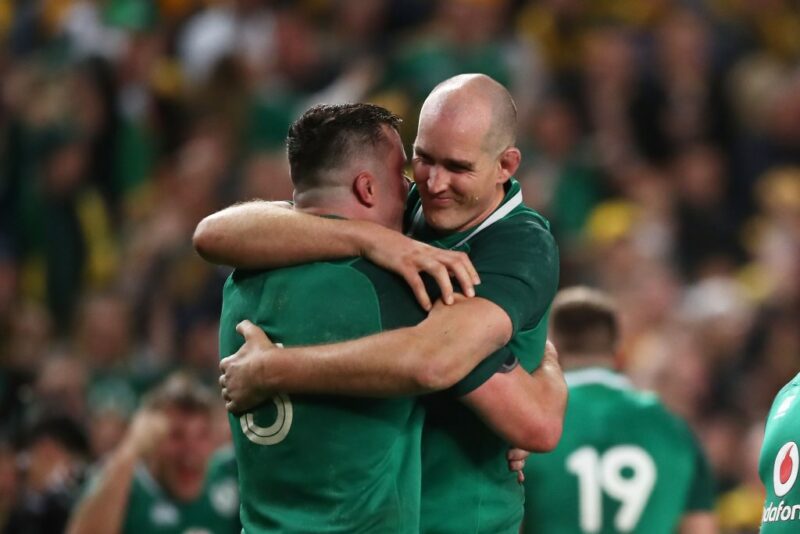 MUCH outrage last week – and rightly so – at the exclusion of the excellent Devin Toner from Ireland’s World Cup roster while yet another South African mercenary – lock Jean Kleyn – waltzed into the squad less than a month after qualifying on the flimsiest of evidence that he is actually any good at Test level.

Rugby has clearly lost its moral compass on the issue of international mercenaries and buy-ups. Our old friend Gus Pichot was again crying foul but, much as I admire the vice chairman of World Rugby, he has been banging his head against a brick wall for years on this one. The big boys aren’t listening.

There are nuances of course. In the global village that is planet earth individuals will clearly often be born away from their mother country. Absolutely fine and although Ben Te’o and Brad Shields being parachuted into the England team above other, better, players irked both were perfectly qualified through English parents. End of.

Then we have families who move into a new country – economic migrants for want of a better phrase – whose young kids are therefore brought up within that country and learn all the sporting and rugby skills within that system. Again this is surely ok although there remains an issue with nations like New Zealand and Australia scouting young kids in Fiji and Tonga and then enticing them away with what amounts to Rugby scholarships.

But all this pails into insignificance against the true rugby mercenaries, those players who have trained as professional rugby players in their native land but aren’t good enough or patient enough to try and win a New Zealand or South Africa cap. Those players whose main passion is money not country. Alas this also now extends to a generation of Fijians who abandon their native land in search of fame and fortune.

Some point to their ‘commitment and sacrifice’, going through a three-year qualifying process. Really?

Annual pay-packets in the region of £300,000 is surely the commitment that rules their lives. Their ‘sacrifices’ are in fact minimal.

For that reason, although the principle is the same, a difference should probably be noted, at least morally, between the true rugby mercenary and the jobbing Boks and Kiwis who turn up in Italy and get paid very modestly.

To hang around getting beaten black and blue at the bottom of the PRO14 for three years and then to stay on and fight for a place in the national side – and take another series of kickings most weeks – does at least show a decent level of commitment to the Italian rugby community. In their cases fame and fortune is conspicuous by its absence.

Then we come to the awkward case of Japan, blue-eyed boys for World Rugby these days. Japan will probably beat Russia in the opening game of the World Cup but at least Russia will be a wholly Russian team free of mercenaries. They don’t just play for Russia, they represent Russia.

All of them – with the honourable exception of the New Zealand-born Fijian skipper Michael Leitch, below left, who moved to Japan with his parents at the age of 15 – first arrived in Japan to earn good money playing club rugby as imported players. Leitch, in contrast, was a nationalised Japanese citizen by the age of 18 and was captaining their U20 team the following year.

World Rugby have turned a Nelsonian eye to this, refusing to tighten up the regulations despite occasional fine words, because Japan are huge players commercially and money talks.

Since Japan won the vote ten years ago to stage RWC2019 nobody has wanted to upset the apple cart and it has also been considered vitally important that the Cherry Blossoms perform strongly. By hook or by crook.

World Rugby will properly revisit this issue only once the World Cup monies have been safely gathered from the Japanese jamboree.

For me the acid question with all sporting mercenaries is where will they be living five years after they retire?

The country where they played, amid those who effectively paid their wages or back in their native land or some other lotus land that tickles their fancy?

It’s a nigh on infallible test and also applies to other sports such as cricket. Those who really did care hang around afterwards and earn our respect accordingly.

So let’s put a date in the diary now – September 8 2024 – to revisit this subject and see where the current crop head for when their careers are over.