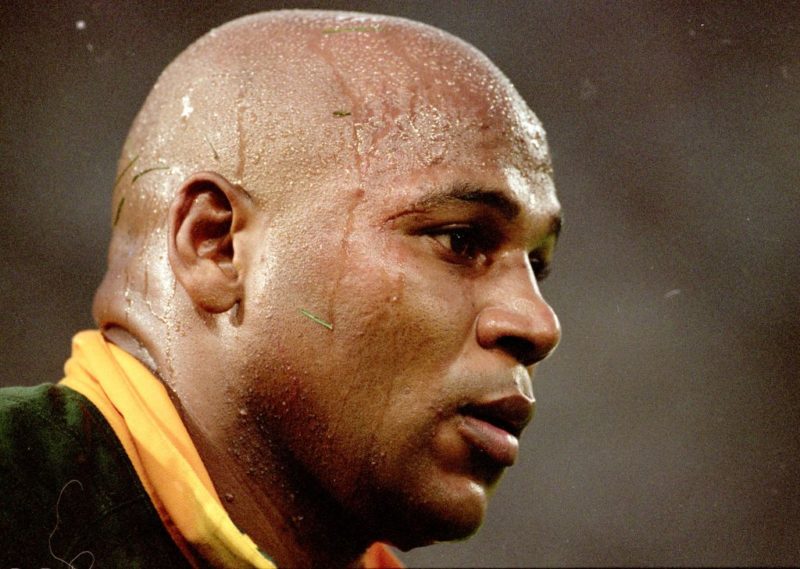 1995 World Cup-winning Springboks winger Chester Williams has passed away at the age of 49.

Reports in South Africa have claimed Williams suffered a heart attack following a gym session and died on Friday.

A lone figure for black South African representation in the squad, Williams had been forced to pull out on the eve of the tournament due to injury.

But a red card to Pieter Hendricks allowed the wing to mark his mark on the tournament in the knockout stages.

In the quarter-final against Samoa, Williams scored four tries to fire them into the semis where he started against France.

And was on the opposite wing to James Small in a Springbok back three including Andre Joubert which kept Jonah Lomu at the All Blacks in check to win 15-12.

The death of Williams follows two months on from the sudden passing of Small, who also suffered a heart attack.

His career with the Springboks spanning from 1993-2000 is one of the most significant in post-Apartheid South African rugby.

South Africa Rugby Union president, Mark Alexander said in tribute: “The news of Chester’s passing is devastating and hard to believe, as he was still young and seemingly in good health.

“Chester was a true pioneer in South African rugby and his performances at the World Cup in 1995, as a snapshot of his Springbok career, will forever be etched in the hearts and minds of our rugby public.”

Williams, outspoken against racial prejudice, stayed in the sport after his playing career to coach Springboks Sevens, the Cats and Pumas in Super Rugby, and had a stint at the University of Western Cape.